Thoughts on a Year Living and Studying in Toledo, Spain

This is the first of the three articles comprising the Erasmus Series.
Chronologically the three are “Erasmus: the Beginning”, “Erasmus: Continued”,
and “Erasmus: The Final Installment”

As I made my way through the labyrinth in the casco histórico in search of a hostel, it was obvious that as a student of Spanish there would be few better places to live and study than Toledo.

When I started a University course in Hispanic studies in September 2010, one of its greatest attractions was the obligatory year abroad as part of the ERASMUS program which offers the chance to live and study abroad for an entire year. This is something which has always interested me as I have often questioned my long term desire to live and work in an England with increasingly long hours and wetter summers, and Spain with its year round sun and fascinating culture was a particularly appealing destination.

Despite these thoughts and original excitement at the opportunity, in the weeks before leaving England a mixture of apprehension and the relentless promoting of the program in the most clichéd of ways on the part of the University led to my being rather cynical about the whole experience. In the build-up to departure many events are organized under the guise of giving vitally important information about the year, but in reality are nothing more than a chance to convince you that you are about to step into the world portrayed in Cédric Klapisch’s film L’auberge Espagnole. Whilst it is a fantastic work of cinema and remains one of my favourite films, one must remember that it is in fact just that and, let’s not forget, has a pretty strong dose of that very French romanticism.

It is true that before you go there are no shortage of people jumping at the chance to tell you how beneficial an undertaking it will be – how it will almost certainly “give you a different perspective,” “broaden your horizons” and “change you as a person.” And although these are lovely sentiments, in an age of gap years and people too eager to “find themselves,” they have become merely oft recycled clichés. So, unconvinced by what I had been told, I stood nervous in the queue of excitable tourists ready to board the plane, unsure what to expect when I landed in the country that would be my home for the next 12 months. 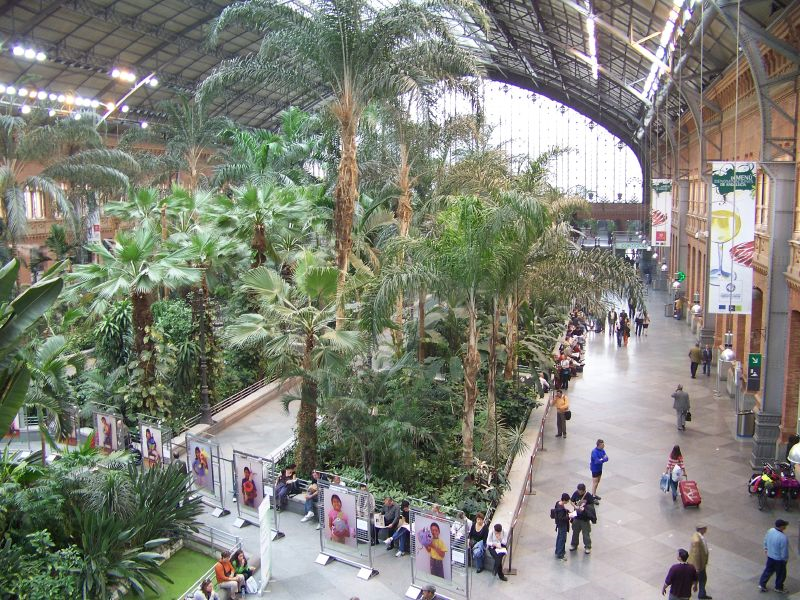 Landing in Madrid two hours later and arriving in the magnificent Atocha train station ready to board the AVE train to Toledo I rediscovered the feeling which had driven me to come to Spain and pursue my dream of living in a country other than my own. Suddenly surrounded by a language which was still fairly foreign, but whose harsh tones I was learning to love, and the fascinating culture I associated with it, the feelings of anxiety and doubt were left in a grey departure lounge in London and replaced by a sense of exhilaration at having the chance to discover this vibrant country and its people.

Departing from the extravagant Atocha Renfe station in Madrid where the grand arched roof of glass and steel houses its own botanical gardens, and a bustling atmosphere which owes itself to being one of the main gateways of the city, arriving in Toledo’s modest station half an hour later is some contrast. It is as if the high-speed train from the capital has taken you back in time, and with the dark antique panels and carved ceilings equally impressive as in Madrid, it is impossible to escape the comparisons of the old with the new. 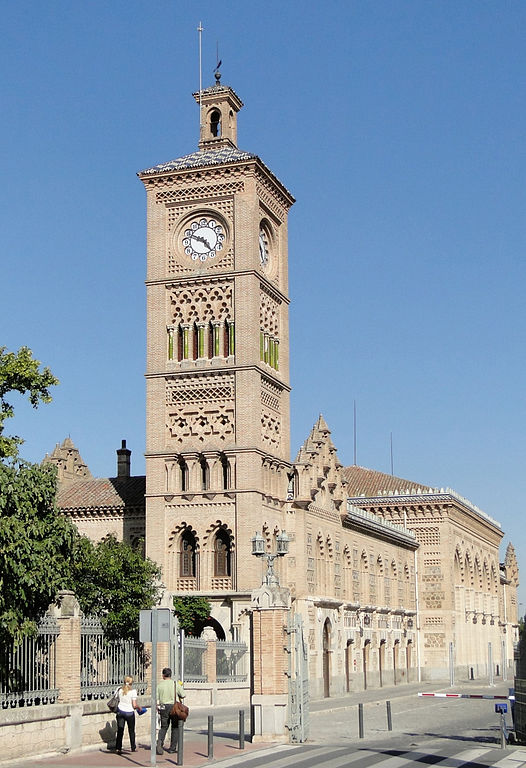 The Madrid we see now is the largest and most important city in the country, but until 1560 Toledo had been the country’s capital. Medieval Spain remains very much intact inside the walls bordered by a large bend in the beautiful Rio Tajo, which acts as a natural moat and helps explain its choice as a stronghold for so many years. As I made my way through the labyrinth that is Toledo’s casco histórico, the centre of town, in search of a hostel, it was obvious that as a student of Spanish there would be few better places to live and study than Toledo. Declared a World Heritage site in 1986, history seeps from its cobbled streets, and with its fortress-like feel one instantly draws comparisons with fortifications lavishly portrayed in The Lord of The Rings films. This is after all the city which forged many of the swords, shields and armour used in Peter Jackson’s awe-inspiring adaptations, and on entering one of the many famous steel shops dotted around the city it is perfectly common to find replica pieces proudly displayed by the shopkeepers amongst the masses of collectible knives and forks. 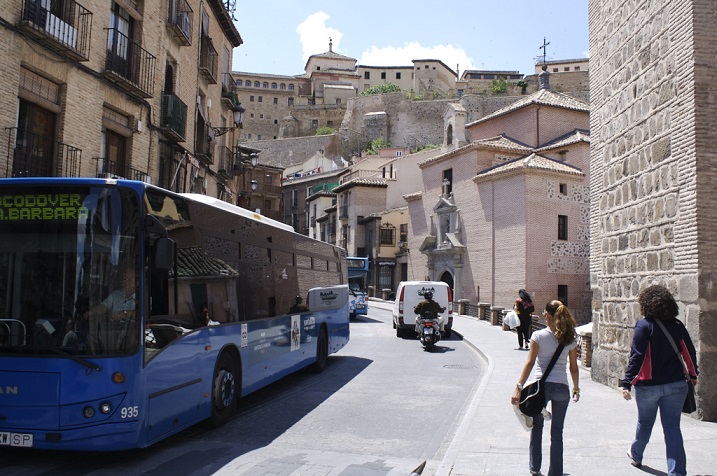 “I set out to explore my new home., wandered the streets”

After an exhausting day of travelling, checking into the friendly and modern Oasis Hostel came as a welcome relief from the late summer heat and was a perfect base from which to explore my new home. I set out to wander the streets and despite the help of a map found myself lost more times than I care to remember, but having now been here for several months I have learnt I am not the only one – exhausted-looking tourists brandishing a map and a baffled expression are commonplace in most of the city’s narrow, winding alleys. On retiring to my room after an afternoon of exploring, the mysterious and unavoidably beautiful Toledo had already caught me in its charm and I was very eager to start my new life here.

The ERASMUS Programme
Celebrating its 25th anniversary in 2012, ERASMUS is the most successful student exchange programme in the world. Each year, more than 230 000 students study abroad thanks to the Erasmus programme. It also offers the opportunity for student placements in enterprises, university staff teaching and training, and it funds co-operation projects between higher education institutions across Europe.

A European success story
Erasmus became part of the EU’s Lifelong Learning Programme in 2007, covering new areas such as student placements in enterprises (transferred from the Leonardo da Vinci Programme), university staff training and teaching for business staff.
Erasmus is the perfect example of a European success story: close to 3 million students have participated since it started in 1987, as well as over 300 000 higher education teachers and other staff since 1997 (this type of exchange was also expanded further in 2007). The annual budget is in excess of 450 million euro; more than 4 000 higher education institutions in 33 countries participate, and more are willing to join. 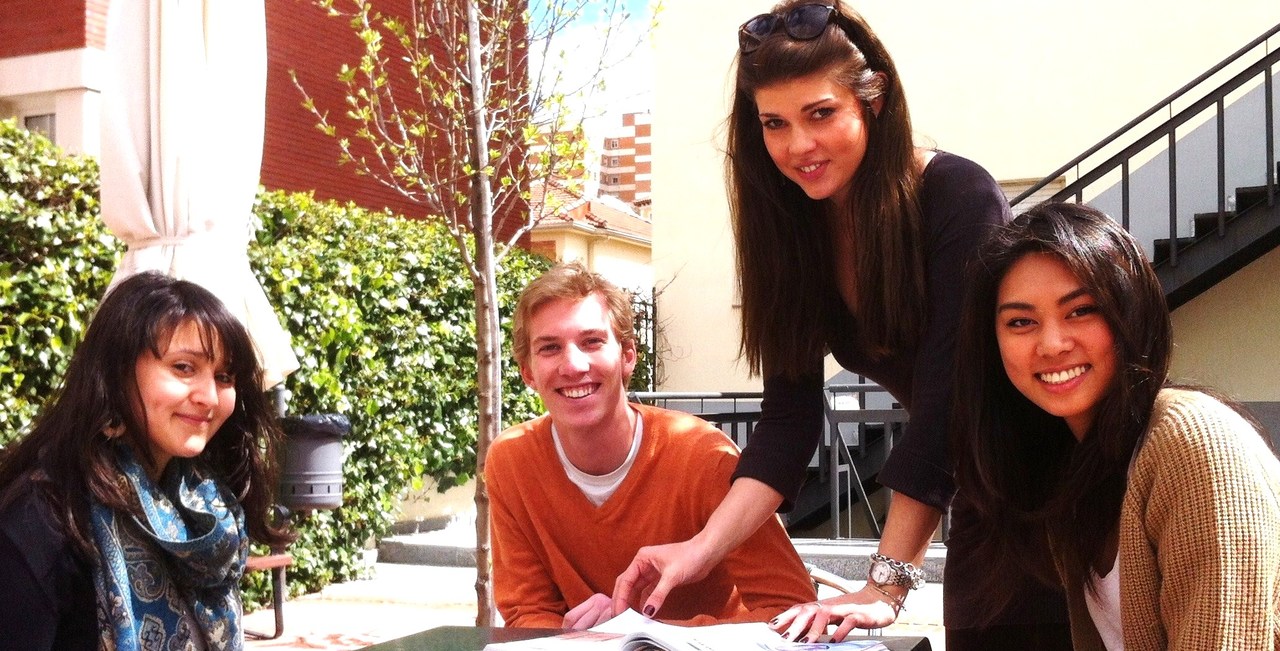 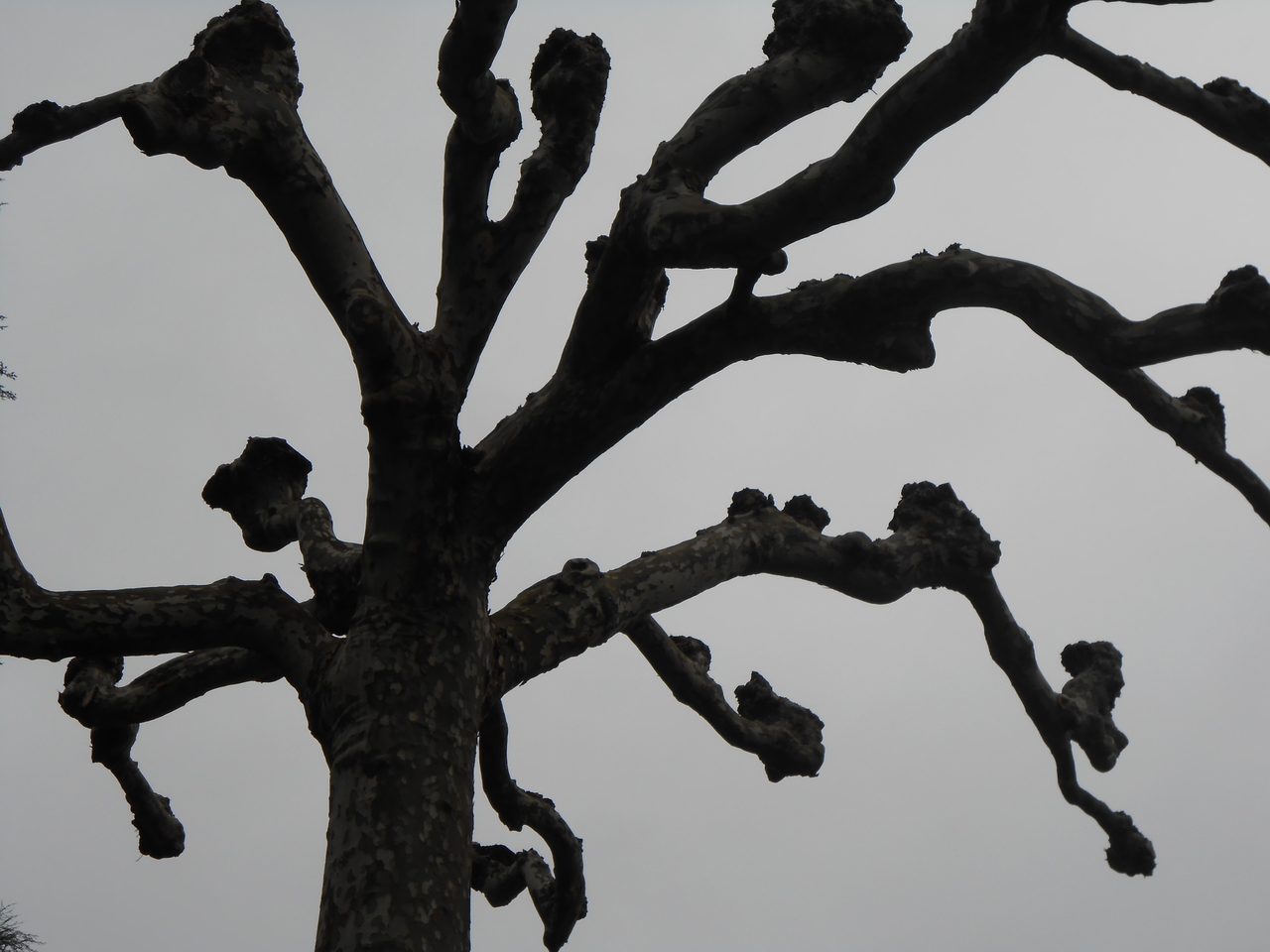 Next article THE MIRACLE THAT WORKED »