Electric Scooters in Spain: A Pedestrian Fiasco or Wave of the Future? 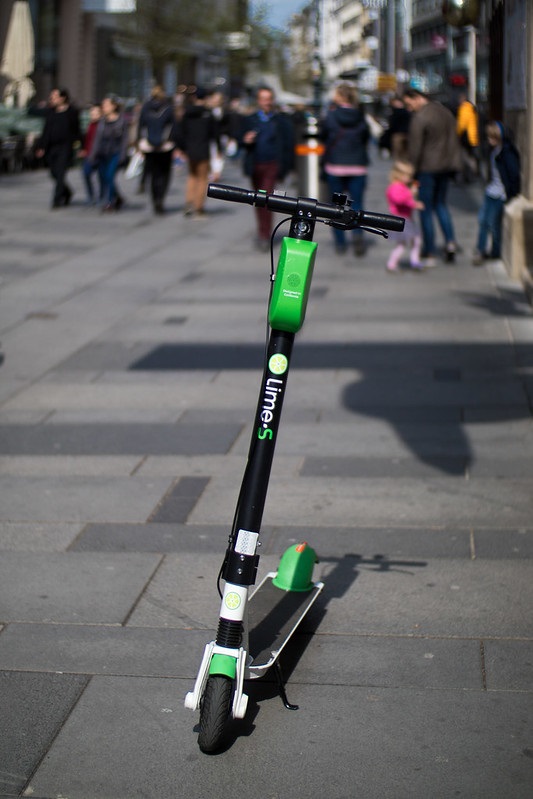 On a sunny day in Madrid, I pick up a Lime electric scooter near the Tirso de Molina Metro stop in the vibrant La Latina neighborhood. The process of activating one takes less than ten seconds. I hop on the scooter, push off a few times and I’m off, accelerating down the streets of Madrid towards Retiro Park.

The thrill of riding through the streets, jetting past pedestrians and cars alike, is exhilarating. At Retiro, I join a profusion of other scooter riders with the same idea as me. The wide pedestrian walkways in the park make for great scooter terrain, and you can go full speed (about 25 kph) through the flat cement surface around the whole park. With a one euro activation fee and .15 euro per mninute running fare, there is no better way to see Madrid. 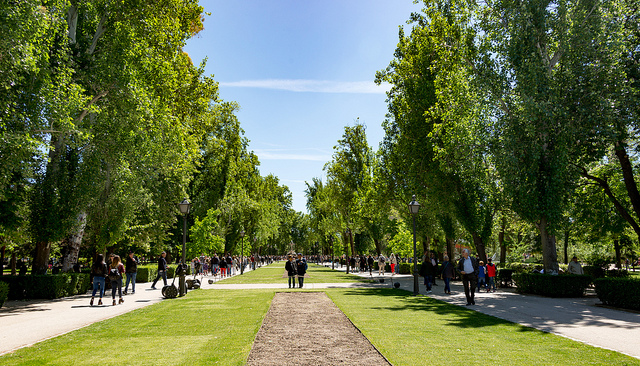 The Retiro, a fabulous park for e-scooters. You can go at top speed!

In 2017, Lime dumped 250 electric scooters on the streets of San Francisco in their debut. Since then, Lime has expanded to over 100 cities in the United States, 22 cities overseas, and racked up over 15 million rides since launching.

Lime’s meteoric rise has garnered comparisons to that of Uber and Lyft, and has been dubbed
“the next stage in ride sharing technology.” In the time it took Lime to reach 6 million rides (one year), Lyft had not yet surpassed 1 million rides. It’s no surprise that Uber has already invested $335 million in Lime, which is now valued at around $1.1 billion, and talks are underway for acquisition deals.

But not everyone is as fanatic about the scooter craze. Lime launched its fleet of e-scooters in Madrid last August to a mixed response.

With millennials, it’s been a smash hit. “I love the scooters! They’re such fun to ride around and super easy to use. I use Lime to get to and from school everyday,” said Lisa, a student from California studying in Madrid, as she scooted around Retiro Park.

For others, the scooters are an unwelcome surprise. “I almost hit a kid on a scooter the other day because he cut me off in the middle of the road. They don’t know how to use them  on the streets and they take up too much space on the sidewalks,” said Miguel, a local taxi driver. “There’s no place for them here,” he added.

On December 5 th, the Madrid city council revoked operating licenses from the three scooter companies in the city — Lime, Wind, and Voi — for not providing the required documentation. The city issued an order to remove all scooters rom the streets within 72 hours of the decision, and they have been absent from Madrid since then. 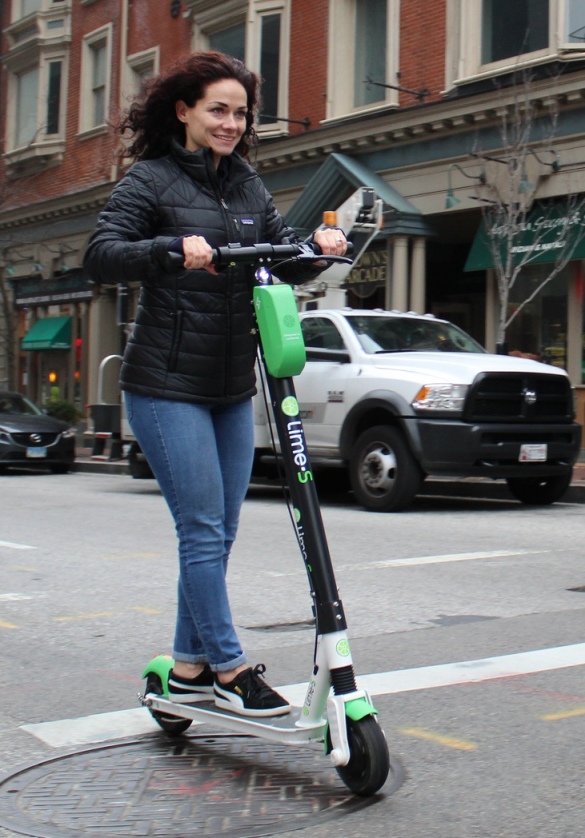 All three companies can submit new licensing requests at any time and seem to be working on solutions to the city’s decision. Voi, Lime, and Wind have all issued statements saying they have discussed the situation with city officials and plan to come to an agreement to reinstitute the electric scooters to the streets of Madrid.

Sources from Madrid City Council said that they have arranged a one month grace period, wherein any companies interested in operating in Madrid can submit the necessary documentation for the city’s review.

As of this writing, the scooter craze is being put on hold. However, based on the statements made by City Council, and the companies already operating in Madrid, it’s safe to say they’ll be back before long. [Ed’s note: They’ve been back since 13 February 2019.]

The move to ban the scooters comes following the death of a pedestrian hit by a scooter outside Barcelona in what is reportedly the first case of its kind in the world. Numerous incidents have been reported around the world of people dying or being seriously injured in scooter related accidents, but the incident outside Barcelona is the first time a third-party pedestrian has been killed because of such an accident. 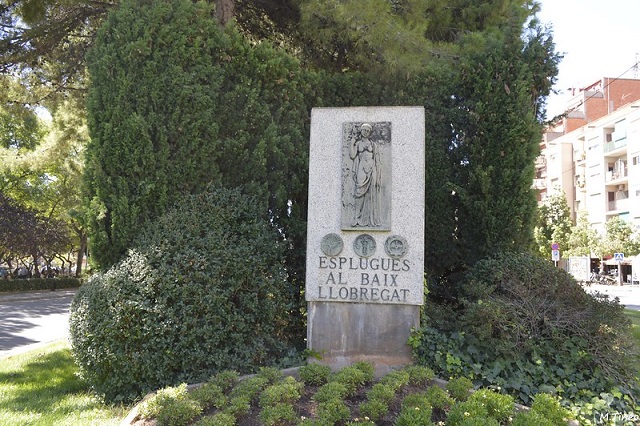 Esplugues de Llobregat, outside Barcelona, where a 90-year old woman was hit and killed by an electric scooter

So, are electric scooters really that bad? I would beg to differ.

Electric scooters are meant to take you “the last mile”—the distance between your parking garage and your final destination  or the train station to your house. Used correctly, electric scooters have the potential to reshape the landscape of urban transportation.

The electric scooters are an extremely viable alternative to using cars and buses for short distances in the city. After every Lime ride, the app informs you how much CO2 emissions you have saved using an electric scooter as opposed to a car. On an average 1.5-mile ride, an electric scooter can save as much as 600 grams of CO2.

Although most cities are far from achieving this ideal, the wave of electric scooters could shift the dynamic of cities away from the overabundance of private cars on the streets towards a more eco-friendly and safer city infrastructure designed towards ride-sharing. In cities like Madrid where pollution is one of the worst in Europe (a 3% annual mortality rate), electric scooters should be welcomed whole-heartedly as a green solution. 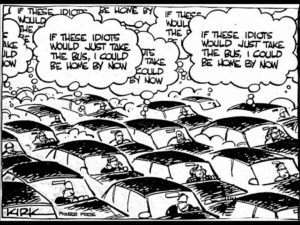 A Karl Jilg illustration of the space taken up by cars

The next step for integrating electric scooters into cities is expanding bike lanes and reallocating car parking spaces as scooter depots. This could take years, but evidence of this is already visible in cities like San Francisco and Copenhagen where plans are underway to cut down the number of private cars on the streets and increase the number of bikes and electric forms of transportation.

Many modern cities are designed around automobile transportation, leaving little to no room for pedestrians or bikes. An illustration by Swedish artist Karl Jilg demonstrates how extreme the situation truly is.

For the latest on electric scooter from Madrid City Hall, click here.

See this too. (Sorry it’s in Spanish.) 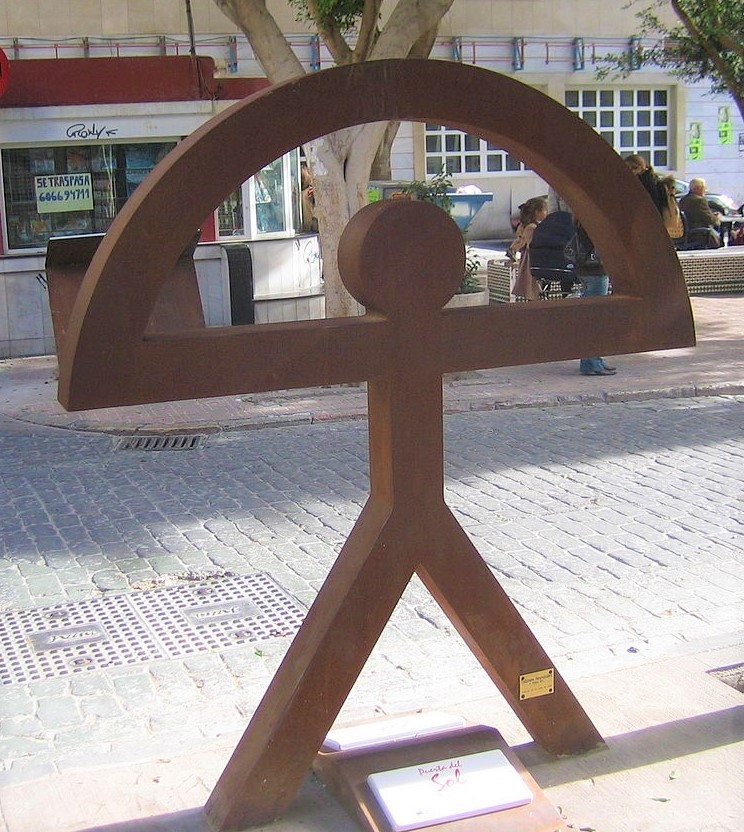 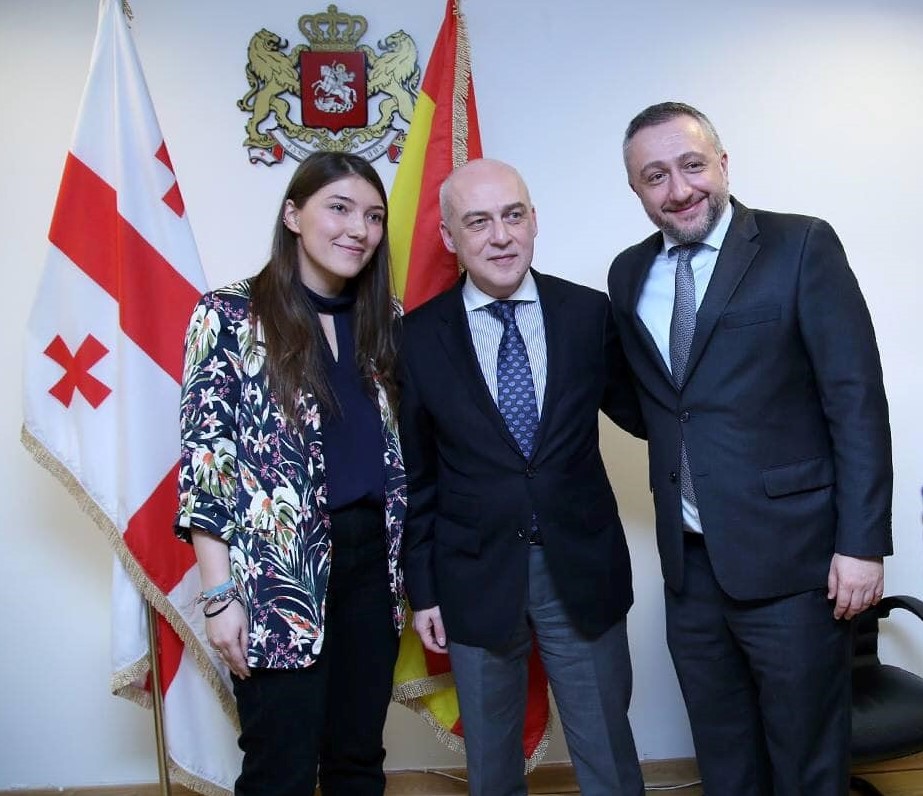 Next article MEET THE GEORGIAN YOUNG AMBASSADOR TO THE KINGDOM OF SPAIN, TAMARA ARVELADZE! »