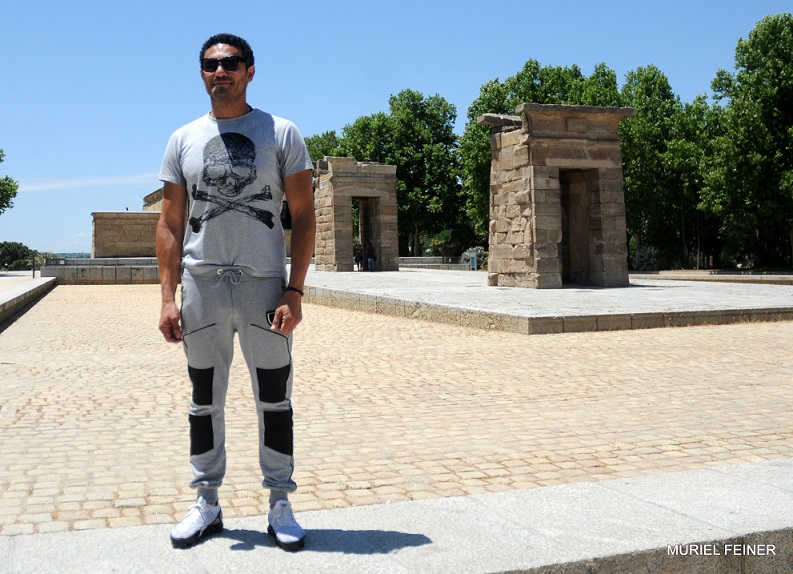 Mohamed Aly at the press conference in Madrid

The Temple of Debod in the center of the city was the perfect venue to meet with former Egyptian Cultural Attaché in Spain Hamdi Zaki and Egyptian actor and producer Mohamed Aly to discuss the latter’s plans to build another pyramid, this one in San Adrian de Besós, Barcelona, as part of a planned cultural center. 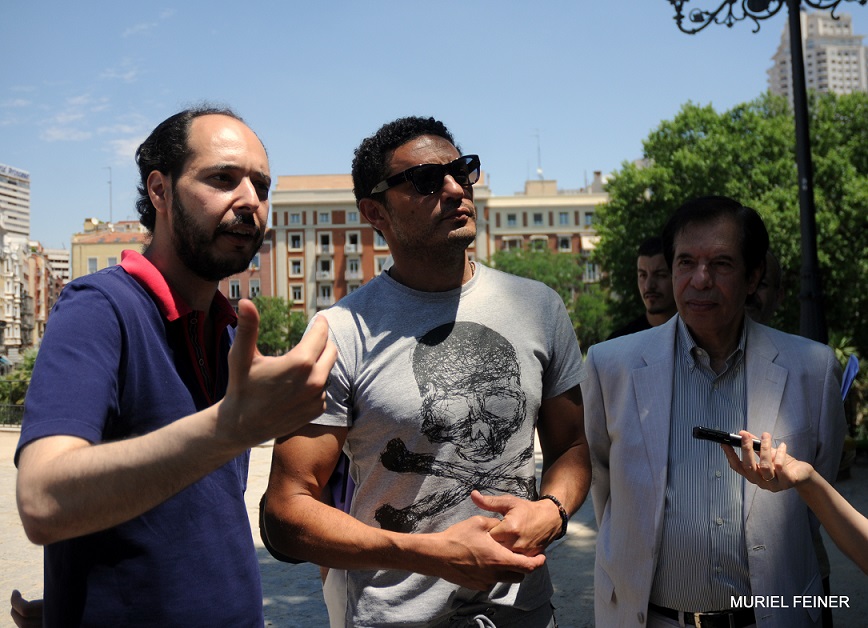 Aly , with Prof.  Zaki on his left, talks about his exciting and ambitious project. Zaki’s son Majuan translates

The Egyptian entrepreneur, actor and producer Mohamed Aly presented his project for creating a unique cultural center with the purpose of establishing a special link between Europe and Africa. This ambitious plan aims at recovering the abandoned Fecsa thermal plant in Sant Adrià del Besòs, on the outskirts of Barcelona, with its three 200 meter high chimneys, in order to create an important academic center on the Mediterranean coast and work together on such important matters as peace, human rights, international diplomacy, health, widespread hunger and poverty and the history of religions.

This exciting project also includes the construction of a giant glass pyramid, similar to the one found at the entrance to the Louvre Museum in Paris. The project will serve as an important link between two Mediterranean cities, Barcelona and Alexandria, the last famous for its legendary Library.

Mohamed Aly also spoke about the recent premiere of his first film as a producer, “The Other Shore”, which tells the dramatic story of Egyptian refugees trying to reach Europe in search of a better future for them and their families and the many who die in the process… a subject of acute importance in today’s world. 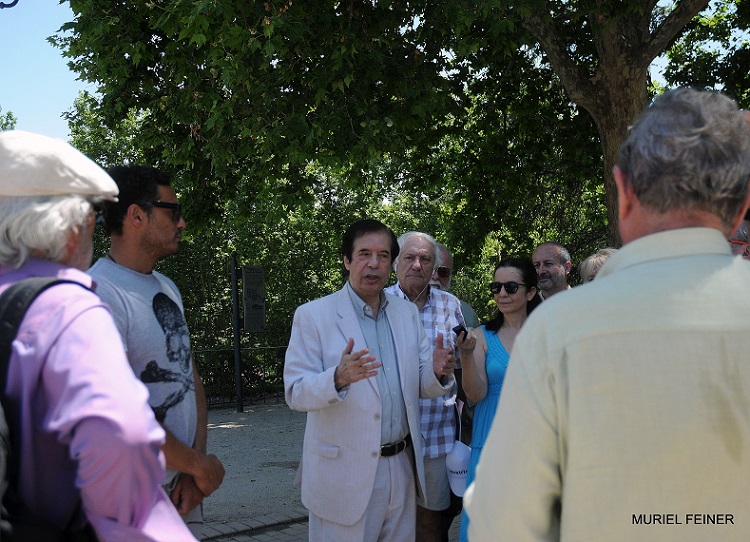 The press conference was held in the best Egyptian scenario Spain has to offer, the Temple of Debod, located near the Plaza de España, beside the Paseo del Pintor Rosales in the Parque del Oeste. It is situated on a small hill, where the Cuartel de la Moñtaña once stood, and placed in such a way so as to maintain its original orientation, from East to West.

Egyptologist and Professor Hamdi Zaki, explained a little about the Temple’s history. Gamal Abdel Nasser donated the Temple of Debod to Spain in 1968, in gratitude for this country’s help in salvaging important historical treasures that were going to disappear as a result of the construction of the Aswan Dam, such as the magnificent Abu Simbel Temple, which was dismantled stone by stone and relocated with tremendous effort. Over 2,200 years old, this Temple, dedicated to Amon and Isis, was opened to the public in 1972, and is one of the highlights of any tourist visit to the Spanish capital. 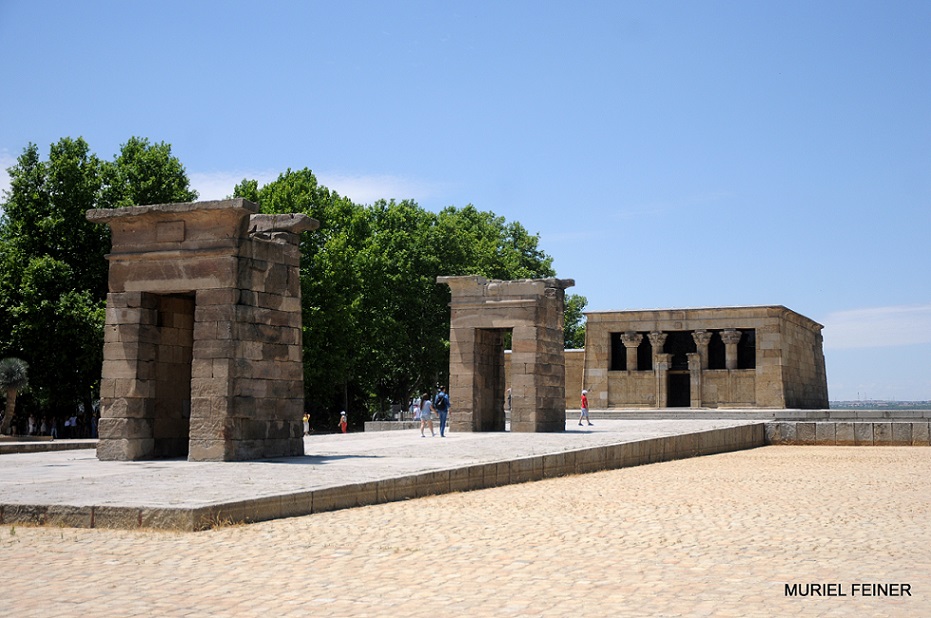 Some concern about the the milennary Temple, the Egyptian icon in Spain

And then Zaki added: “Extraordinary, new discoveries are made every day in Egypt. Just recently, 40 gold-covered mummies were unearthed in the Bahareya oasis and there are surely thousands more to be found nearby.”

Zaki did express his concern for the deterioration of the Temple, as it did not suffer from the ravages of rain, cold and pollution in its original location, beside the Nile River, in southern Egypt. The town itself was called Debod and it was found in the Nubia region, also known as “country of gold”. He felt that adequate measures should be taken immediately to protect this millenary monument.

Previous article « A Second Opinion: Beyond the Pyrenees 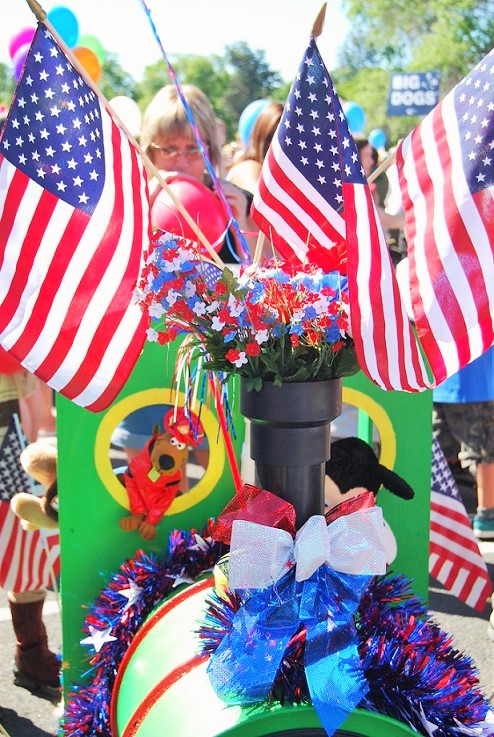