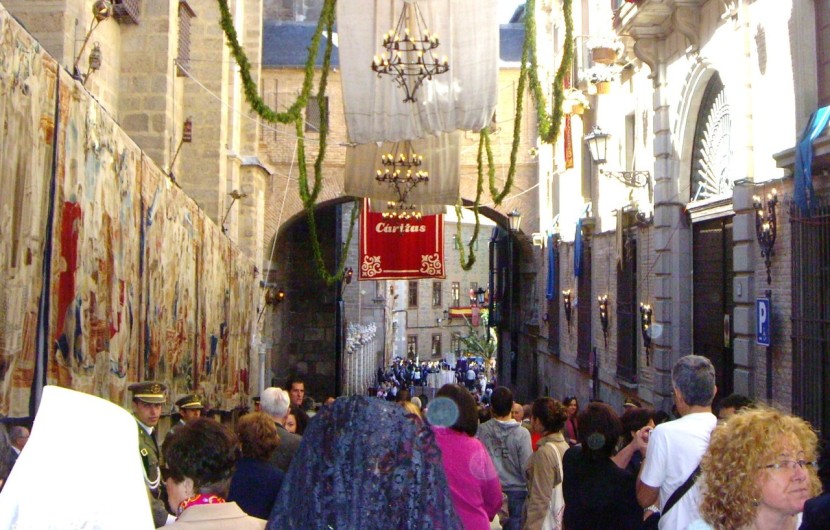 “When the people of Toledo sense the proximity of Corpus Christi, the city transforms itself. It begins preparing to show off the best of its history and its character” is how the city’s mayor starts his address published in the guide to Toledo’s most anticipated event of the year. The festival of Corpus Christi is a celebration which affirms the belief in the blood and body of Christ being part of the Eucharist and is deeply rooted in the Catholic tradition so powerful in the former Spanish capital.

Toledo boasts the biggest event of its kind in the country, with people travelling from miles around, even across the globe, to experience the unique atmosphere and awe inspiring beauty offered during the week long fiesta. As with the majority of celebrations in Spain, Corpus has its origins in the beliefs of the Catholic Church and retains much of its religious significance but, as is also normal throughout the country, it is welcomed as an excuse to take to the streets and party every night for a week.

The day of Corpus Christi itself is the first Thursday after Trinity Sunday, which this year fell on 30th of May, and traditionally sees an enormous parade through Toledo’s narrow winding streets. The procession is focused on the intricately designed Custodia. Made entirely of gold, this casket which holds the concentrated Host is removed from its home in Toledo’s Cathedral only once a year for the occasion and carried through the streets in what looks like a mammoth task. All involved were praising the relatively low temperatures for the time of year which helped make the job somewhat more bearable. The route is marked by traditional awnings erected in the preceding weeks and thousands of people line the streets to applaud the Host as it passes by, followed by various military bands and different local groups and organizations.

My home town in the U.K is in many ways similar to Toledo, relatively small, conservative, and historically significant, but there the similarities end. The idea of an open air concert going on into the early hours is absolutely unheard of. During the week of Corpus this is the norm here in Toledo, with a variety of events in the town square each night of the week ranging from Jazz to Flamenco, from Rock to Cabaret. Though the idea of going all night without sleep for consecutive days is something I am still struggling to coming to terms with, in spite of having lived here for almost a year, a fiesta such as Corpus really does bring out the aspects of the Spanish society which I have grown to love.

Despite the ever deepening economic crisis never being far from people’s minds, there never seems to be any talk of cancelling or even cutting back an event such as this, with the streets being elegantly decorated with banners, lights and flowers for weeks in the build up. While the undoubted cost of such an event may be seen as frivolous by some of the richer Eurozone countries, it merely underlines the importance of community, tradition and identity for this country and its people – things which it could be argued are being lost in much of an increasingly individualistic Western Europe.

These traits are perfectly demonstrated by the hugely popular ‘Patio Competition’ which sees residents of the city open their homes to the public as they exhibit their traditional Toledano courtyards. This is a unique opportunity to access otherwise hidden parts of the city whilst soaking up the festival atmosphere – as the houses fill with fascinated visitors it is common that the host rolls out a dustbin full of sangria to welcome the crowd. The spaces are all beautifully decorated as they compete for the honour of Toledo’s best patio, with some also taking the chance to show off their art work, or even in a few cases musical talents during the visits. Such an effort on the part of the city is repaid by locals and tourists in equal measure as thousands of people take to the streets to lend the festivities a special atmosphere unlike anything I have ever experienced.

The week culminates in an understated fireworks display on Sunday evening, perhaps some sign of the turbulent times, then, but the good feeling created by an event which dominated every aspect of city life during an incredibly enjoyable week is bound to linger on whilst its residents begin to return to normality. 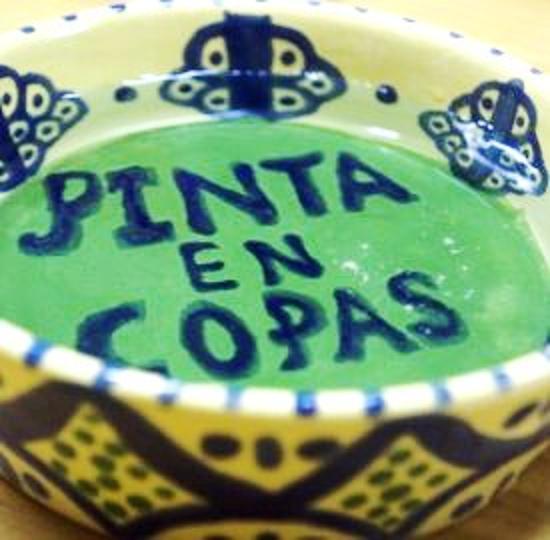 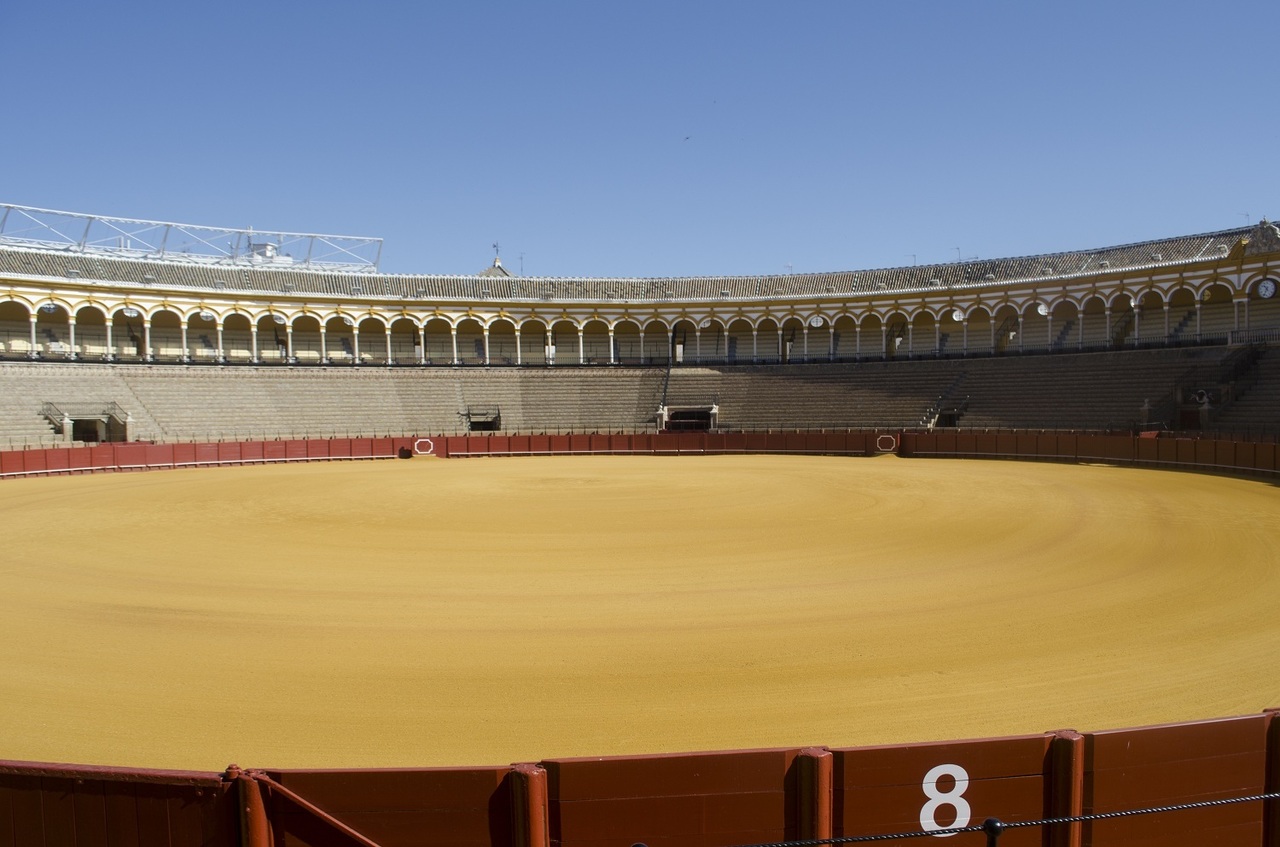