COCINA MADRILEÑA AT LA CLAVE: THE WAY TO MADRID’S HEART IS THROUGH THE STOMACH

One of the infallible ways to get to know the real Madrid is through the stomach? You bet!  For example, to feast on the Cocido Madrileño (Madrid stew) is to savor the history of Madrid.

COCIDO MADRILEÑO
The substantial Cocido Madrileño is a traditional stew native to Madrid. It is chickpea-based but there’s more to it than the garbanzos. Thrown into the mix are meats and vegetables. It is served throughout the year but is most in-demand during the cold Autumn and Winter.

In all likelihood the medieval Cocido Madrileño, a staple of Madrid cuisine to this day, evolved from the adafina, a hearty slow-cooked Sephardic Shabbat stew. The adafina was kosher and noted for the absence of pork as an ingredient, its main source of protein usually the egg (huevo haminado). This culinary adherence to Jewish law didn’t stop the popularity of the adafina from spreading beyond the Sephardic circles. Until it was killed off by the anti-Semitism of the brutal Spanish Inquisition. (The Tribunal of the Holy Office of the Inquisition, better known as the Spanish Inquisition, was established in 1478 by Catholic Monarchs Ferdinand II of Aragon and Isabella I of Castile, for all intents and purposes the founders of the Spanish nation, Catholic Spain. The Inquisition wouldn’t be disbanded until 1834.) 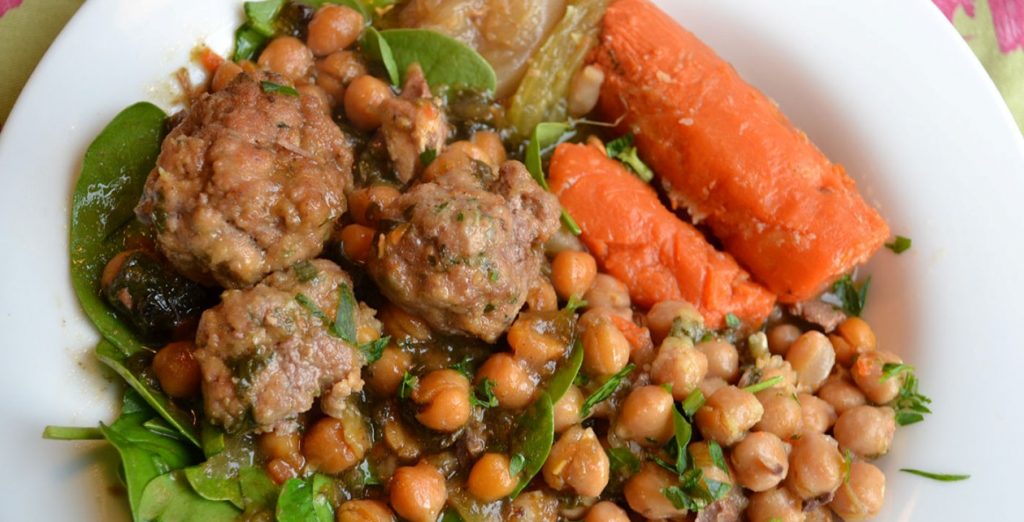 The Sephardic community of Spain was one of the largest Jewish communities in Europe and the Sephardim, even those who converted to Christianity (the Marranos), some reluctantly,  were portrayed as an intolerable danger to the unity of Catholic Spain. Thus their persecution which could only intensify and become relentless during the Inquisition of the 15th and the 16th centuries.

Under these troubling circumstances, the Madrileños ladled kosher traces out of their cocido lest they were denounced as subversive Jews. Pork became a way of proving that they were Christians! Soon bacon, chorizo (pork sausage) and morcilla (blood sausage) were not only added to the Cocido Madrileño; they helped define it.

This deliberately non-kosher stew would remain basically unaltered to this day and age.

Tradition dictates that the ingredients of the Cocido are served one after the other in separate groups. Each serving is known as a vuelco, the emptying of the pot of the separated ingredients onto the dish.

The Cocido is served in three vuelcos. The first consists of the stock, to which noodles are added. The second vuelco consists of the chickpeas and the vegetables. The meats make the third. 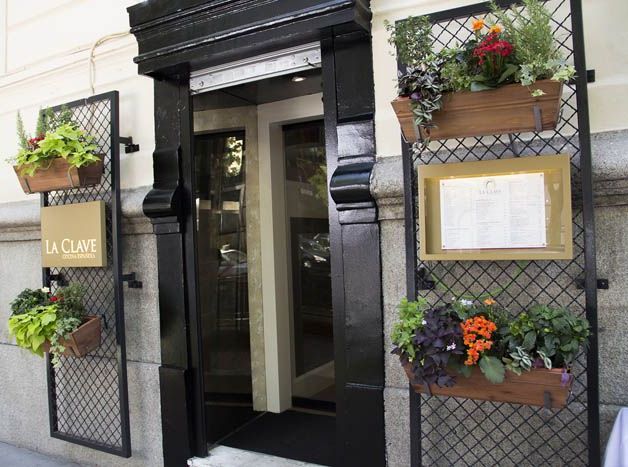 La Clave Restaurant on Calle Velazquez 22 is doing a nine-day Madrid Cuisine Week (22 – 30 September). The idea is to bring to the table twelve traditional Madrid specialties some of whose recipes have to be dusted off, the dishes having fallen into disuse and have all but disappeared.

Expectedly, the pride of place goes to the Cocido Madrileño. La Clave’s  unique Cocido has four vuelcos, instead of the traditional three! Now, that is something.

The vuelcos, per the prestigious chef of La Clave, Pepe Filloa, are:

The Culinary Week is the brainchild of Tomás Gutiérrez who owns La Clave  and is President  of the Asociación de Empresarios de Hostelería de Madrid “La Viña”. Founded in 1882, La Viña is the biggest hostelry association in the Madrid region. 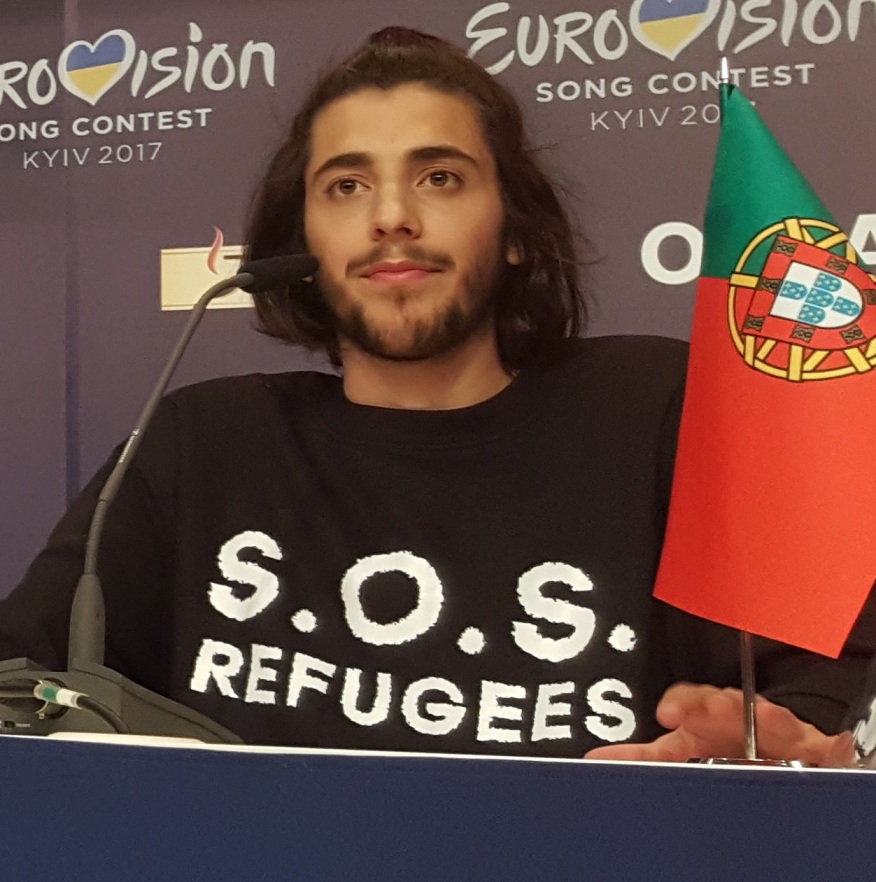 Next article MADRID vs. BARCELONA: THE COMING TRAIN COLLISION »