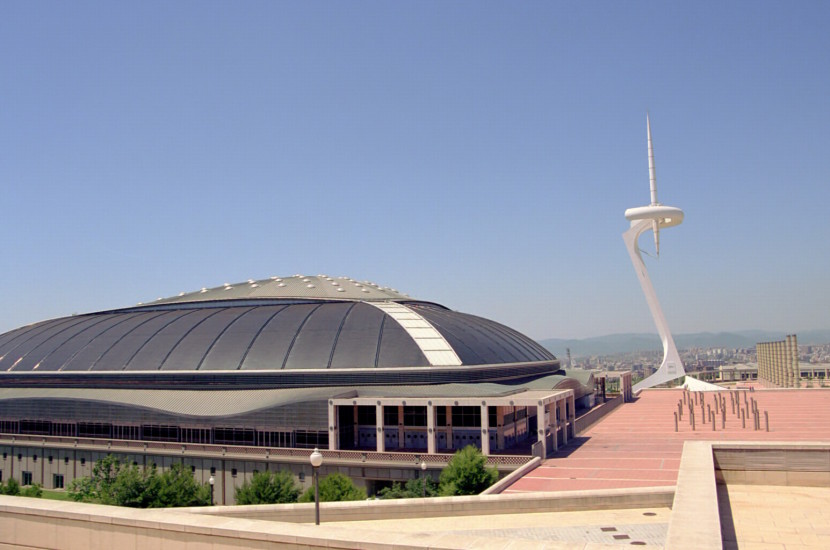 Palau Sant Jordi sporting arena, with the Montjuïc Communications Tower to the right,
magnificent reminder of  the 1992 Barcelona Olympic Games

THIS WILL SHOCK YOU. I MOVE TO MOVE THE

CAPITAL OF SPAIN TO BARCELONA!

I’m a typical “Madrileño”. I was born in Ciudad Real and though I thought I’d go back after graduation I never did. I first enrolled in Spanish Philology at the Universidad Complutense in 1994 and since then I’ve adopted Madrid as my home place.

And now I’m very confused. I’m no longer happy in this city. It is decaying at supersonic speed before my very eyes. It’s languishing in a stultifying lethargy. And it’s not going to get out of that rut in a long long time.

A mangled star above the Km 0.8 area in Madrid presumably symbolizing movie stars. Also in the place is a Walk of Fame attempting unsuccessfully to imitate the one on Hollywood Blvd. (Photo: R. Maramba)

Come to think of it, Madrid hasn’t accomplished anything that’s worth mentioning since at least a century ago. It has no scientific discovery nor technological innovation worth speaking of. Its schools are a breeding ground for mediocre minds. Culture is what you can’t find here. Why, it can’t even get the International Olympics Committee to allow it to host the Summer Games twenty years after Barcelona did! Nothing remotely comparable to the Seville Expo ’92 is on the cards to redeem the capital city. It’s just as well. Let Madrid take on something of that magnitude and it will surely bomb.

This old capital of Spain is brain dead. I move to transfer the capital to Barcelona, that city where culture, even in these hard times, flourishes. What does Madrid have that’s comparable to the architectural wonders of Catalonia’s premier city (like Gaudi’s masterpieces, with the Familia Sagrada primus inter pares); the long list of vigorous Catalan multinational corporations that cannot but make the heart of the Spanish swell with pride (Repsol, Grifols, Gas Natural, Union Fenosa, Nutrexpa , Freixenet , and so forth and so on), contemporary artists (Tápies, Gris, Miró. . .) who won’t let Spain rest on the Picasso laurel; promising scientific research in stem cell, cancer, Alzheimer’s disease, etc.

I’m a typical Madrileño; I’ve got no illusions about the city I’ve adopted as my own – and has adopted me in return, for which I’m perversely grateful. I’m, above all, a Spaniard who’s trying to rack his brains on how best to save the country from total ruin. I say, transfer the capital to Barcelona where the people aren’t afraid of back-breaking work and will see through any challenging projects they take up.

Madrid is a disgrace to Spain. And yet, believe it or not, I’m sticking to Madrid even if that quixotic dream of capital-city transfer, by a huge and improbable miracle, comes true. I’m lethargic and I’ve lost my sense of direction; that’s what Madrid does to you and me. Besides, we don’t have to move to Barcelona to move the capital there.

The Plaza Emilio Jiménez-Millas, a.k.a Plaza  de los Cubos, in Madrid, is named for a prominent member of the Spanish fascist party Phalange (Falange), one of the cornerstones of the Franco dictatorship. That regime did much to alienate Catalonia from Spain. (Photo: R. Maramba)

And as to my stand on Catalonia’s independence, obviously I’m entirely against it. What’s the use of making Barcelona the capital of Spain if Catalonia has been severed from us! 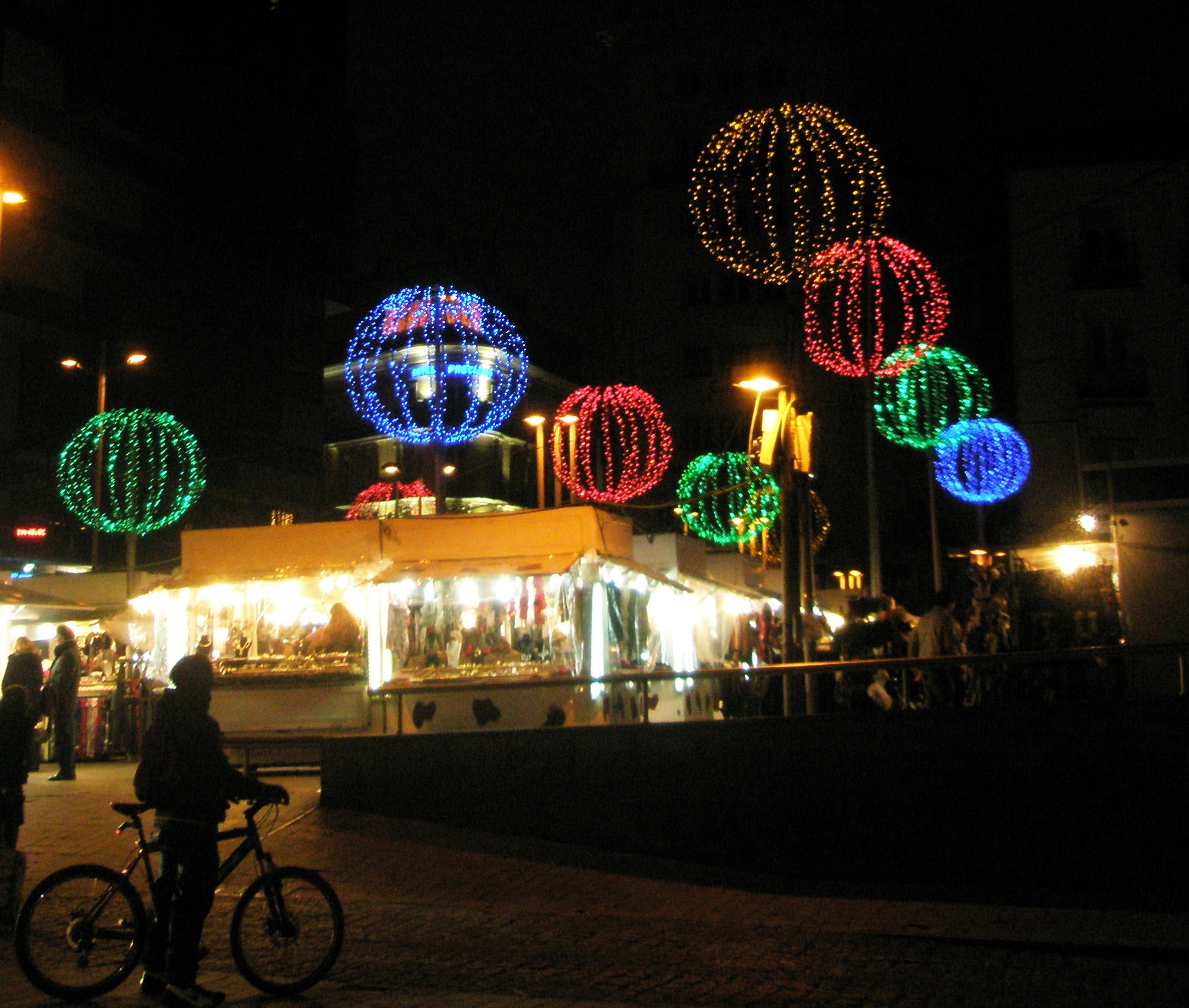