Ines Arrimadas with the then President of Catalonia Carles Puigdemont,
the year before the regional election.

The secessionist parties in Catalonia, put together, have won the regional parliamentary elections on 21 December 2017 whose 81% voter turn-out was a national historic high. Between ousted president of Catalonia Carles Puigdemont’s Junts per Catalunya (United for Catalonia) which garnered 34 parliamentary seats, imprisoned Vice President Oriol Junqueras’ ERC (Republican Left of Catalonia) with 32 seats, and the 4 seats won by the radical-left CUP (Popular Unity Candidacy), these separatists have totaled 70 in a regional parliament of 135 seats.

Sixty-eight seats are all that’s needed to make absolute parliamentary majority and they’re two seats ahead of the magic number.

Obviously, the Catalan secessionism has emerged stronger from the elections despite actually losing a few votes relative to the last election and that a simple headcount gives them only 47% of the entire electoral vote. This seeming discrepancy between votes and seats is owing to the D’Hondt proportional representation system which governs elections throughout Spain. 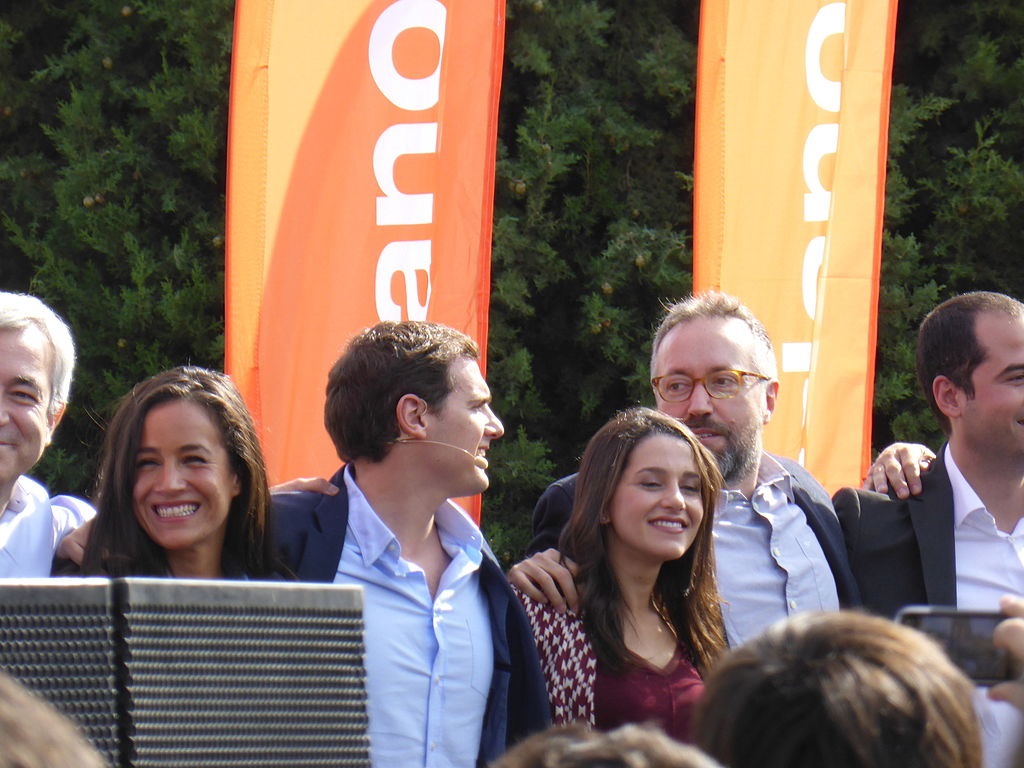 Ines Arrimadas and Albert Rivera, center, with other members of Ciutadans

The “winner” last 21 December is actually the center-right pro Spain-unity Ciutadans headed up in the region by Ines Arrimadas. If the election of the executive branch were by direct popular vote, Arrimadas would now be gearing up for presidential investiture; Ciutadans placed first in the elections on winning 36 seats or 1.1 million votes. Junts per Catalunya, its closest rival, bagged 940,000.

However, just like the president of Spain’s central government, the president of the Autonomous Region of Catalonia is elected by the regional deputies (seat winners). And there’s no way Arrimadas could be elected over and above whoever the separatist deputies choose to vote for. Not even if she’s able to form a miraculous coalition of all the non-secessionists who will still be minority to the secessionists’ absolute majority. It is quite probable that Ciutadans, buoyed by the promising pre-election opinion polls, didn’t count on their stunning “defeat”. 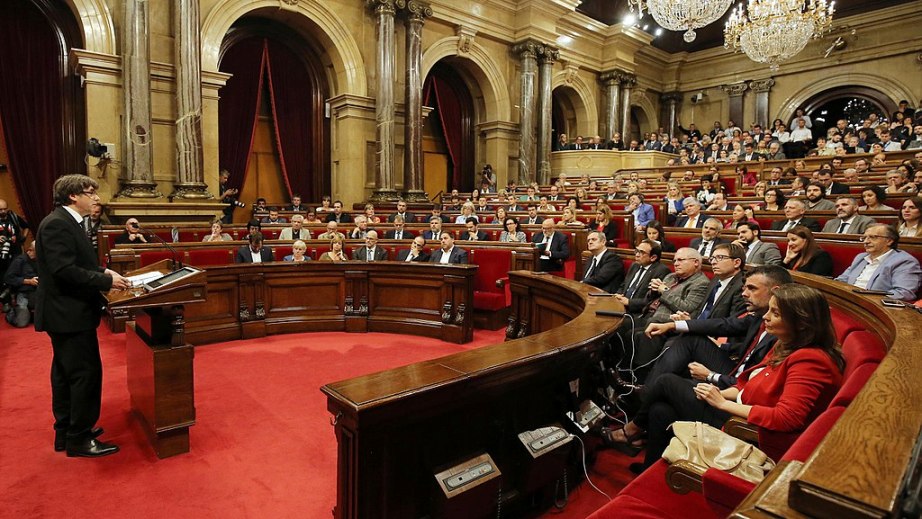 The 135-seat parliament of Catalonia last 10 October 2017. Puigdemont, then president of the region, addresses the assembly.

What is quite bewildering about the Catalan secessionism is that it is undaunted by such astounding feats as the president of Catalonia hightailing it to Brussels as soon as Prime Minister and President of Government Mariano Rajoy dissolved Catalonia’s government with the extraordinary powers granted by Article 155 of the Spanish Constitution, on the grounds of sedition, rebellion, misuse of public funds and one or two other rubble-rousing crimes against the Spanish state. Puigdemont fled, leaving diehard partisans high and dry in Catalonia, after the unilateral declaration of independence by the Catalan parliament on 27 October 2017.

Oriol Junqueras is in jail for same reason. 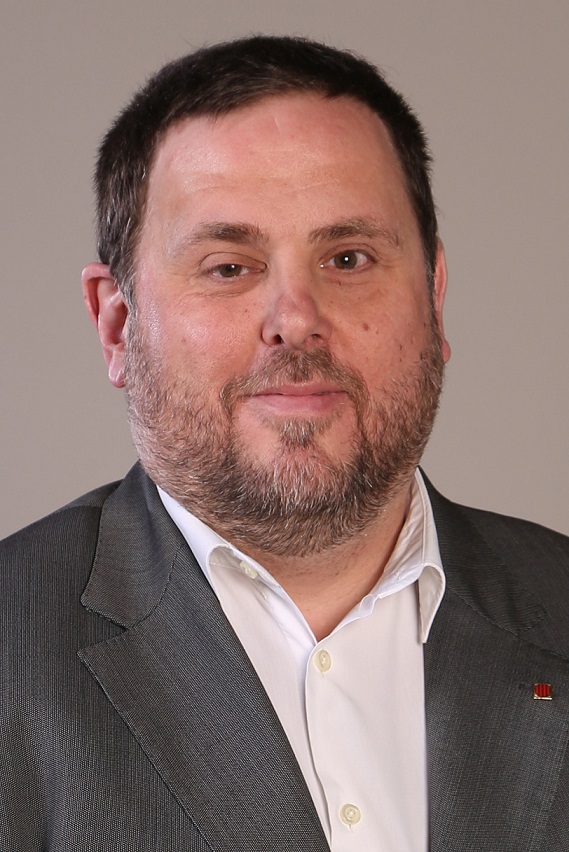 Oriol Junqueras: “We don’t mind going hungry for a while.”

Since his embarrassing cop-out (to say the least), Spanish borders are being patrolled with eagle eye; Puigdemont, fugitive, will be arrested the moment he sets foot back on Spanish soil. And Catalonia is part of Spain.

How about those businesses that have moved, or formally applied to move, their headquarters out of Catalonia in the face of all this churning chaos? There are more than 3000 of these businesses – and counting. But the exodus has left the secessionist voter unfazed. As Jonqueras said, they’re prepared to bear up against dire economic fallout and go hungry if necessary; the independence of Catalonia is non-negotiable.

The political turbulence in Catalonia – and, hence, in Spain – will be around for the long haul. No solution to the crisis is in sight; this the 21 December elections have so underscored. One can’t, in the very worst of cases, just let go of Catalonia because of the media-attention grabbing hell-bent secessionist posture. The more than 50% “social majority” (the majority in the Catalan society which is not synonymous to only those who hold the majority of positions of social power in the society), who are sticking to Spain, have to be taken into account too. Still, one can’t ignore the secessionist 47% who can no longer envision life within Spain!

Catalonia society is split right down the middle and reconciliation is a gargantuan task that will defy accomplishment in the foreseeable future.

Previous article « The Quest for a Good Reuben Sandwich 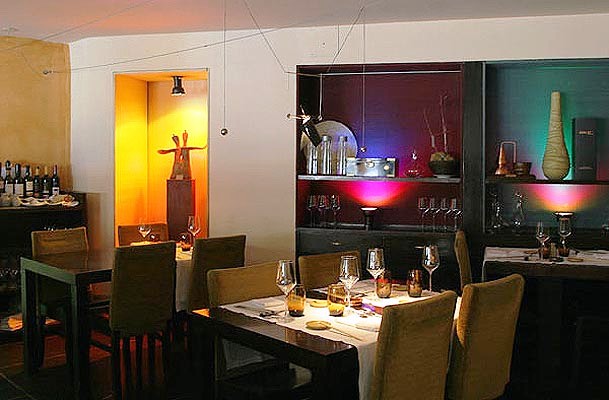 Next article IT’S THE HOLIDAY SEASON, DIG YOUR FORKS INTO THE CAPITAL’S FUN RESTAURANTS! »