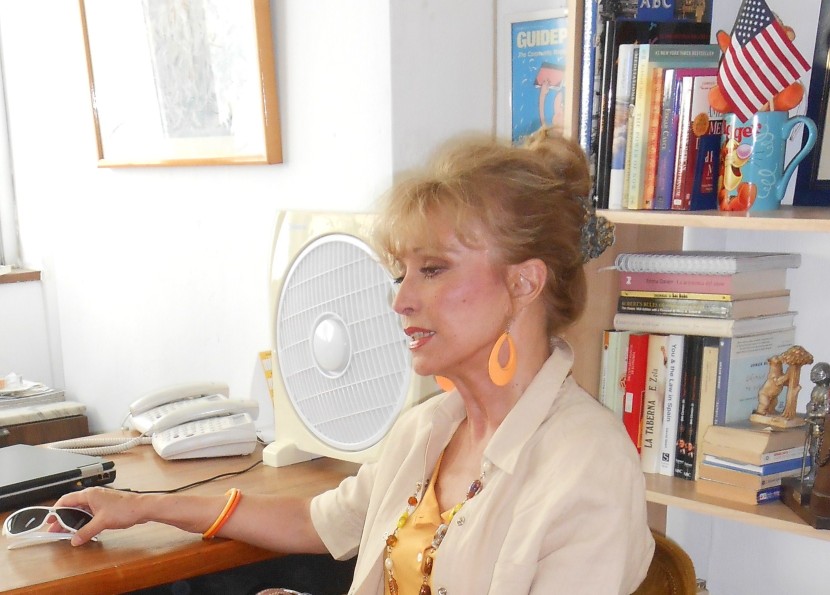 An Interview with SILVIA TORTOSA

A couple of weeks or so ago, popular movie, TV and Internet actress SILVIA TORTOSA and her boyfriend CHARLES “You Tube Treasures” CANOVAS dropped by Guidepost. Apart from the fact that Charles is a Guidepost columnist, the producer-director and his elegant lady love Silvia are good friends of ours. And knowing that many in Spain — and Latin America, through her Internet show “En Casa Contigo” —  are always eager to hear from and about Silvia,we grabbed the opportunity to interview her. The interview wasn’t on the agenda — after all, the visit was a private one — but like the super pro that she is Silvia graciously acceded to it.

Incidentally, Silvia talked to us in English. Not everyone knows but she used to live in the States and still goes there regularly.

GUIDEPOST:  You’re an incredibly versatile actress who excels in practically all areas of acting. You do movies, TV and radio programs, theater. You write. Which of these do you enjoy most? Why?

SILVIA:  I don´t have the feeling that my career is divided into different areas. To me, everything that is in front of the camera or on the stage is my job. I may be classified by the public as an actress, a TV show host or a writer but everything that belongs to the performing arts is my job and, basically, I enjoy everything that’s part of it. I like the television as much as classic theatre.

GP:  You’ve even started your own YouTube channel – ¨En Casa Contigo¨ (www.encasacontigo.com) — which produces how-to shows that, from what I’ve seen, looks like great fun. Why did you set up this channel?

S:  We started this channel first as a TV show. However, the TV program did not run properly and after some intense brainstorming we came to the conclusion that the Internet is where the future is and we decided to broadcast the show on the social media network. That´s the reason why I have set up a channel on YouTube and thank God it turned out to be the right decision!

GP:  Who are the target viewers of En Casa Contigo?

S:  Basically everyone all over the world! There are more than 100 countries that are seeing us now. Most of our viewers are from Spain, Mexico, the United States, South America, many parts of Europe, and other bilingual countries. People enjoy the show even when  they don´t speak Spanish because they can follow it step by step and understand it easily. They can even learn Spanish while watching us because we have subtitles for all the videoclips !

GP:  What do you think makes Spanish movies superior to other movies around the world?

S:  I don´t think that Spanish movies are superior at all. In fact I think that the Spanish movie industry should find the right direction by setting up private businesses and enterprises of its own. The problem with the movie industry here is the subsidy provided by the government. Since the money comes from the pockets of the citizens, everyone can be a producer of Spanish movies. Therefore the movies hardly undergo strict selection. As a result, quality cannot be guaranteed. Of course, there are many good things in the country that should be publicized, such as our public health system, justice and education. But the government should not interfere in the rest, especially not in the entertainment world.

GP:  Do I detect a deep love for Spain on your part despite its flaws? No country in the world is perfect, right?

S:  That’s right. I love Spain very much because I was born here. It’s such a lovely place and in some ways it’s close to idyllic. It is a place that allows you to ski in the morning and have paella on a very nice beach three hours later. Very few places in the world can offer such possibility. We’re lucky to live on the Mediterranean. And there’s the food too; in here it’s so good. What’s more, the Spaniards are very passionate and friendly.

GP: We’ll say ¡Ole! to that. Thanks for sharing your thoughts with Guidepost.

Previous article « A WEDDING TO REMEMBER 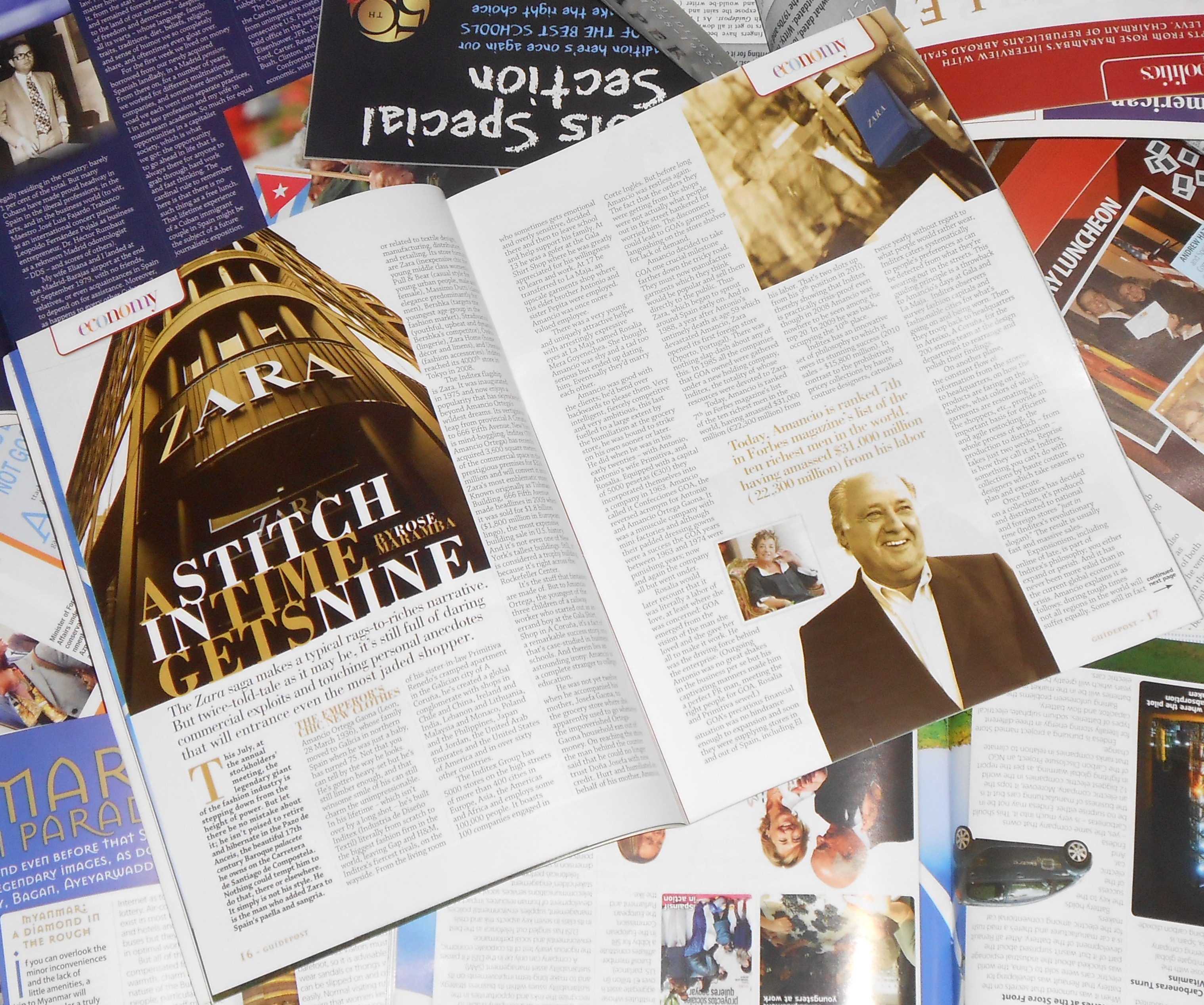 Next article INDITEX BACK TO BACK (1) »