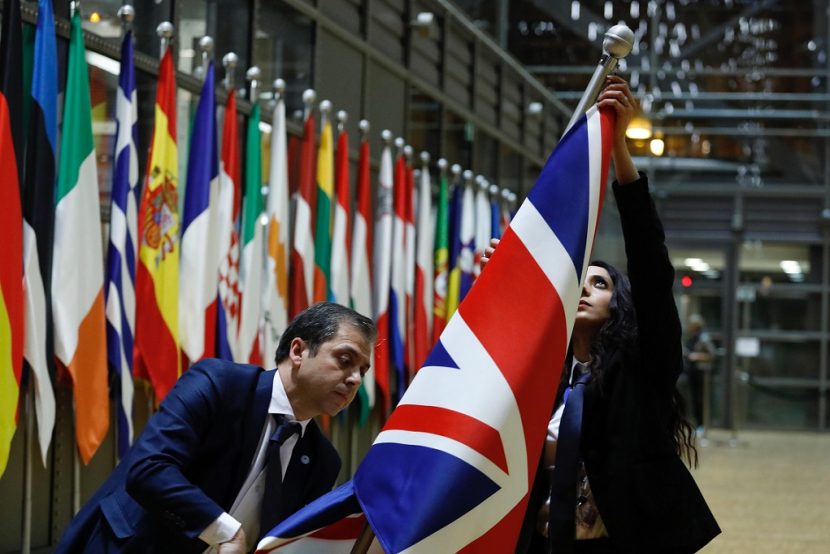 The flag of the UK is taken down by EU officials in the European Council building.
Now only 27 flags remain. ©European Union 2020

The UK has exited the EU; and that’s official. At the stroke of midnight on Friday, 31 January 2020, Brussels time. 23:00 GMT in London. Forty-seven years after joining the European Economic Community in 1973, a Community of economic integration, the EU-UK divorce is signed, sealed and delivered.

As the European integration became a political integration as well – an “ever closer union among the peoples of Europe” per the Maastricht Treaty of 1992 – some British politicians became wary. The supranational direction of the integration, which involves incremental cession of the sovereignty of the member-states to the Union, did not sit well with the Britain that, traditionally, feels it is “in Europe but not of it.”

In fact, the post-World War II United States, who was then a hegemonic superpower who ran the show in the Western bloc during the Cold War, had to practically arm-twist the Brits into joining the nascent union; the most Britain was willing to do then was to join an intergovernmental association of European countries.

And so, despite those 48% of Brits who want to remain in the EU, the 52% who voted to leave, in the “advisory” referendum that the Conservative Party spearheaded on 23 June 2016, were simply acting in character. The Brexit process had begun.

Voicing what half of the Brits feel at the end of the UK membership in the EU, Prime Minister Boris Johnson declared it’s the “dawn of a new era”, a “real national renewal”.

The European integration, as we know today – i.e., the EU – is responsible for the unprecedented economic prosperity in Europe. Moreover, during all this time no European major power has gone and waged a war, giving rise to the longest reign of peace in over 2000 years of European history.

Perversely, as if to reward the Brits for Brexit, US President Donald Trump has dangled a “massive” trade deal in front of them.

Hopefully the EU-UK divorce won’t inflict permanent damage upon the former. But, realistically, the UK was a big player in the EU. Its net annual contribution to the EU coffers was £7.8bn (€9.3bn/$10.2bn) on average. That was next only to Germany and France’s respective contributions. EU finances will predictably suffer before it is able to adjust to the financial loss. Never mind the UK’s active role in EU defense and foreign policy whose termination will oblige the union to redraw both.

As EU’s chief Brexit negotiator Michel Barnier said, “Whatever agreement we reach on our future relationship [with the UK], Brexit will always be a matter of damage limitation.”

So far, no other EU member-state has shown the merest indication of following in the footsteps of the UK.

It might be worth noting the Scottish case whose First Minister, Nicola Sturgeon, describes “Brexit day” as “one of real and profound sadness … tinged with anger.” Sturgeon’s party, the social democratic Scottish National Party, is working toward an independent Scotland within the EU. The SNP is the largest political party in Scotland and the third-largest in the UK, behind the Conservative Party and the Labour Party, in terms of both membership and seats in the Westminster Parliament.

The Removal of the UK flag from the European Council building
Brussels, Belgium, 31 January 2020 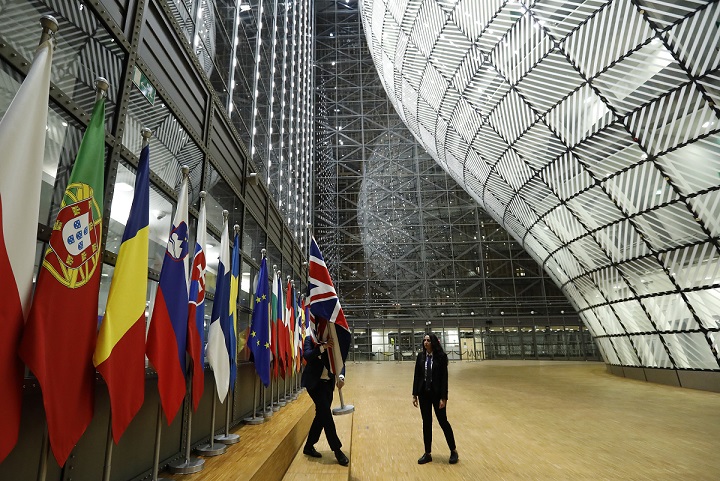 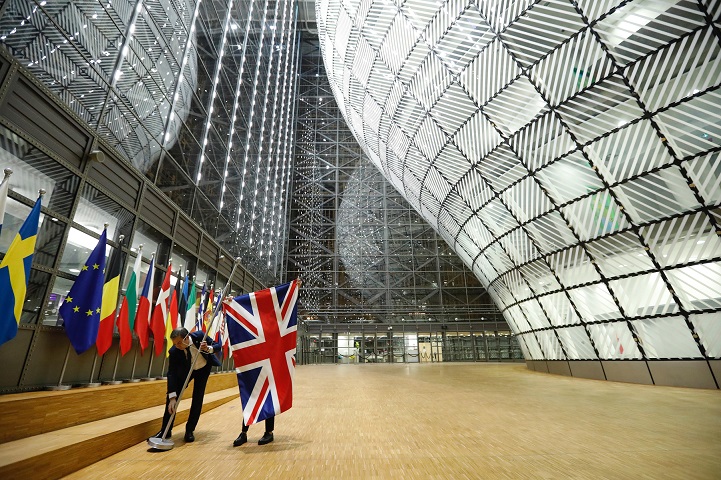 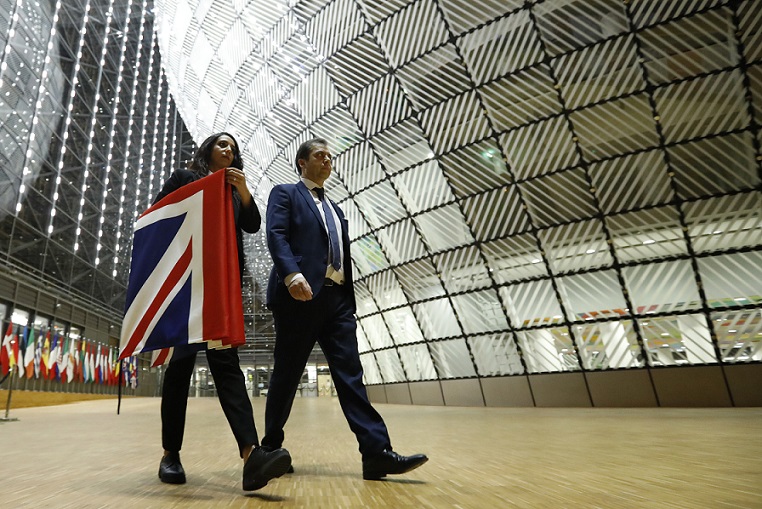 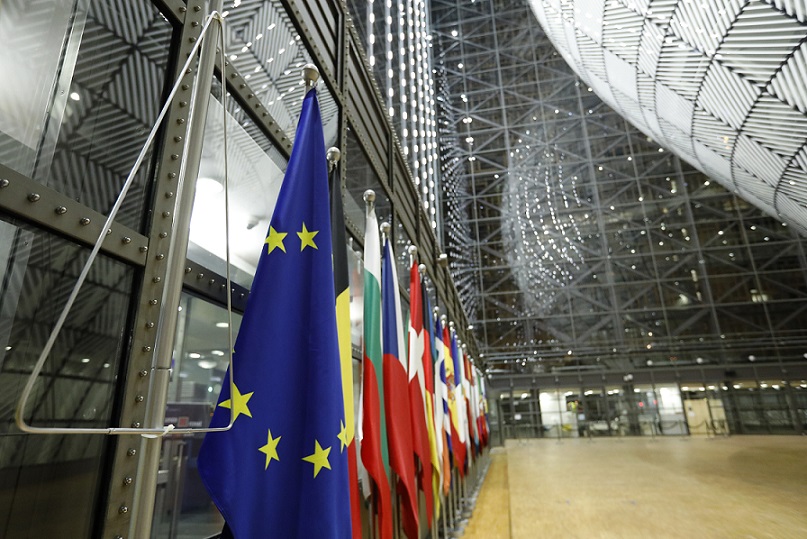 *Ed’s note: It is the understanding of Guidepost that the reproduction here of the EU copyrighted photos is “authorized reproduction” and does not fall under the Prado limitations  on the EU official website. If, however, this is not so, Guidepost will immediately remove all the photos. Guidepost has no intention whatsoever of infringing upon EU copyright. 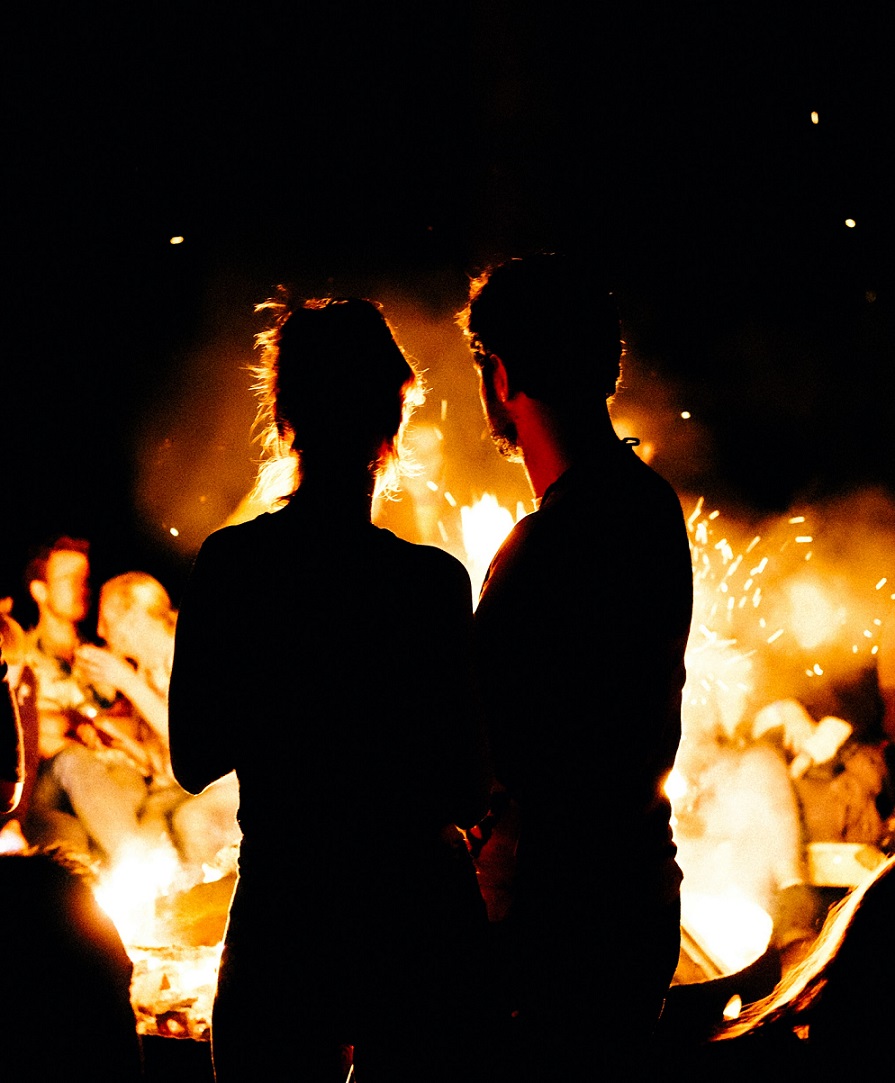 Previous article « Relationships: What it Takes to Succeed in Them 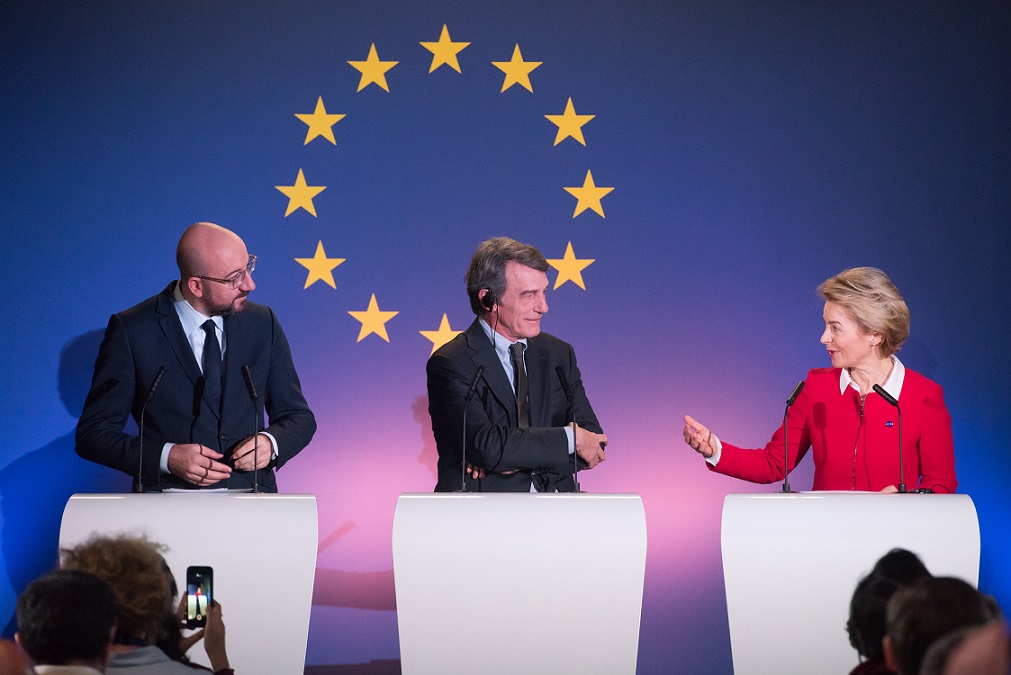