BOTIN: TAKE IT OR LEAVE IT BUT IT’S THE OLDEST AND ONE OF THE BEST RESTAURANTS IN THE WORLD! 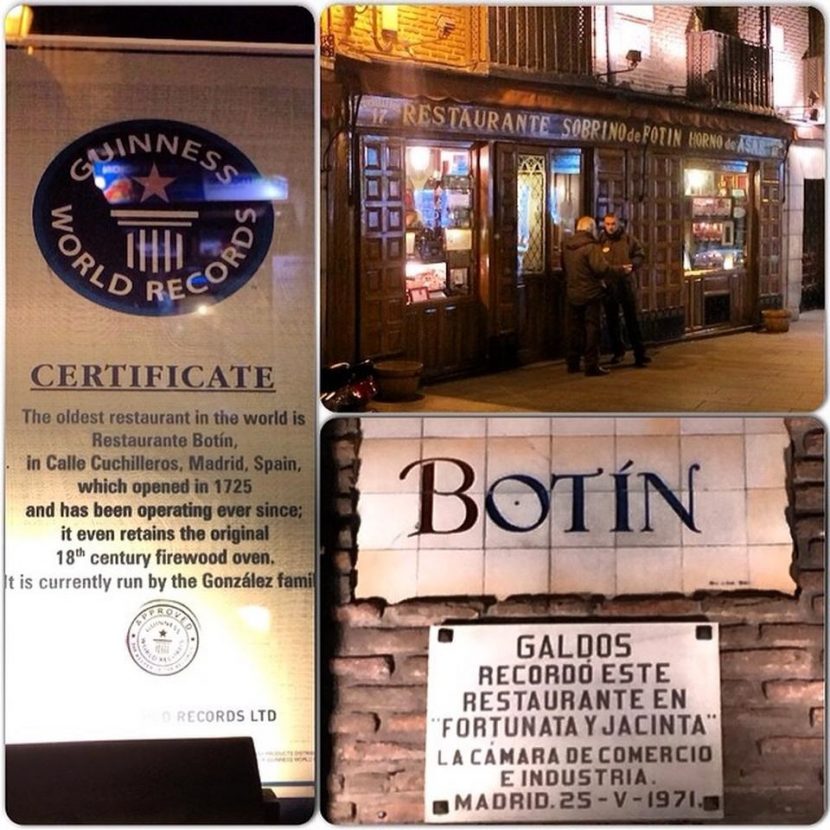 Walking through the streets behind Plaza Mayor you could almost miss Sobrino de Botín. Operating in the same location, under the same name (Casa Botín—Sobrino de Botín), doing the same business year after year, Sobrino de Botín sits cozy on Calle de Cuchilleros since 1725 which is why the Guinness World Records deemed it the oldest restaurant in the world. Some dispute the title, claiming other restaurants have been there longer, but Jose “Pepe” Gonzalez, one of the proprietors of the fabled restaurant, does not mind. He credits its success to the quality of the food, the service and the ambiance. 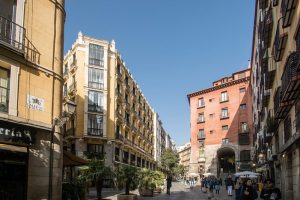 The morning of our interview I found Pepe standing outside Sobrino de Botín. He started walking down the street while he was still shaking hands with me, explaining that he had forgotten about a meeting when he agreed to our interview. He insisted that I come along; we could do the interview afterwards.

And so we walked on into the wrought iron-and-glass Mercado de San Miguel. “This is the oldest existing market in Madrid. It reminds you of the Eiffel Tower, doesn’t it? That’s because it was built by the same guy,” Pepe explained.

The minute we entered the San Miguel, Pepe was greeted by everybody, from the stallholders to the janitors. We came to a stand stocked with wines and cheeses and a gathering crowd: Restauranteurs. Chefs. Sommeliers. Journalists. 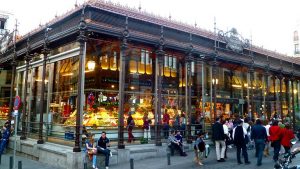 Ana, a stallholder, followed Pepe around suggesting wine and cheese pairings while Pepe introduced me to everyone as if I myself was an old friend. There was Solanyi Sos, a sommelier for several restaurants. She first met Pepe at a wine and cheese tasting and has been dining at Sobrino de Botín for ten years. So she is familiar with practically all the dishes there but says the meats are always the best. She and Pepe, a large-hearted savvy entrepreneur, have been fast friends from the start. 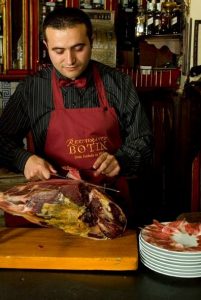 Then there was Lía Panzarini who tagged along to the meeting.

When the meeting was over, we headed for Botín, Solanyi and Lía in tow.

On the way, and despite being told very blatantly over the phone while setting up the interview that no free food was on the cards, Pepe began naming all the specialties that I must try. In the restaurant, he led us to a small table, practically in the kitchen, and requested some jamón ibérico and red wine for us. We polished that off and Pepe ordered a five-course meal of the restaurant’s most famous dishes for me to feast on.

Only when Solanyi and Lía had left did he agree to begin our interview.

Sobrino de Botín has only ever been owned by two families, the Botín family from 1735 to the 1930’s and then the González family from the 1930s to the present. The restaurant was taken over by Pepe’s grandfather, Emilio González, and is now being run by the third generation of Gonzalezes: Pepe, his cousins Antonio and Carlos, and his nephew Eduardo.

Pepe was never pressured to take the reins, though. “I’m here,” he said, “because my father never said I must work here. If he did I would have left. I would be living under a bridge, I would be a hobo now. I would never have worked here if my father told me to.”

Pepe studied Business Administration and started working at Sobrino de Botín when he was 26, learning everything from his father. Even during the economic crisis, the restaurant was successful but he credits the sustained success to his grandparents and his father. “With [his] feet on the floor,” he is not taking the credit for it.

Spain has 356,000 restaurants and bars, as Pepe pointed out: “It’s a complete nightmare. The number of restaurants and bars is obscene,” he declares. “As soon as someone has money, they buy a bar. In Pais Vasco, there are more bars than in all of the EU. That’s a bar for every four people!” 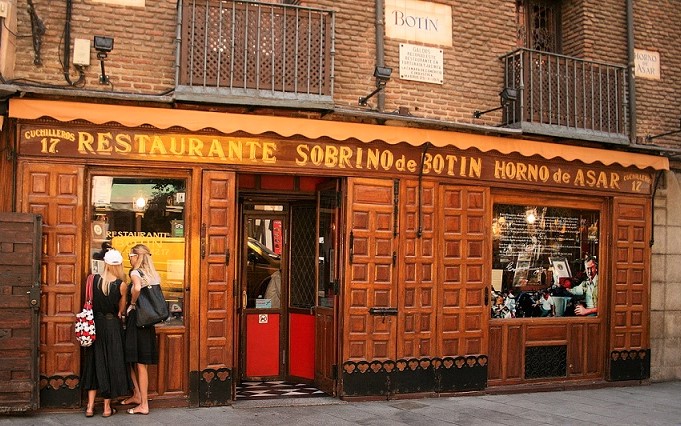 Botín is equally popular with famous personalities and nameless tourists

Notwithstanding the “obscene” number crowding the sector, the Gonzalezes never had any problem attracting clients to their restaurant. Many famous people hang out in there, not least actors, politicians, and writers. But Pepe respects their privacy. Sobrino de Botín does not flaunt its famous clientele with signed photos covering the walls. Botín has only two photos, those of Pepe’s grandparents. However, he admits that he still gets excited when he remembers Woody Allen’s visit.

The famous and the nameless tourist get equal treatment at Botín. That is why Pepe fumes against those who imply otherwise. He states emphatically that “in Spain, people think that being a favorite tourist destination is bad,” that it leads to double standard, causing quality of food and service to slip. “I want to ask the people who say that: ‘What do you think? That we have two lines of products? A lousy line for tourists?’ I would like to tell these people that they are nothing but assholes but I can’t.” 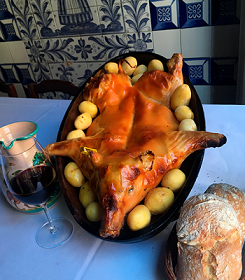 At some point during my sumptuous lunch, Pepe excused himself; he is a busy man, after all. But he told his staff to take care of me. Throughout my meal, they kept a friendly eye on me, making small talk and teasing me because I wrote as I ate.

They are an amazing lot, touchingly attentive to the elderly and playful with the kids. And they would have kept on plying me with more dishes if I hadn’t convinced them that I simply could not down another morsel. 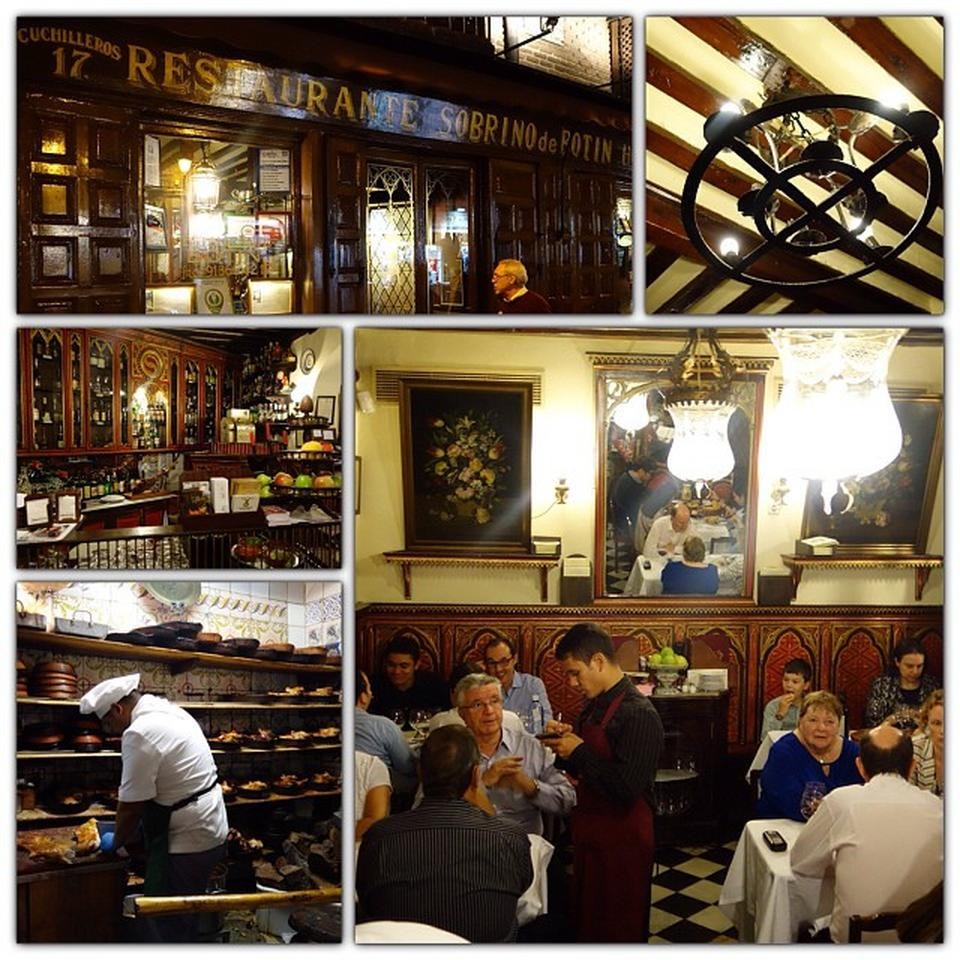 The kindly headwaiter showed me around.

So, instead, the headwaiter offered to give me a tour of the establishment: the upstairs dining area, the kitchen with its original wood-fired oven, and the basement dining area and wine cellar. The oldest part of the building is the wine cellar which dates back to the 16th century. Running continuously since 1725, the oven is Sobrino de Botín’s “secret weapon” from where Botín’s fabulous food emanates down the centuries, a living testimony that led to the prized Guinness World Records  certificate. 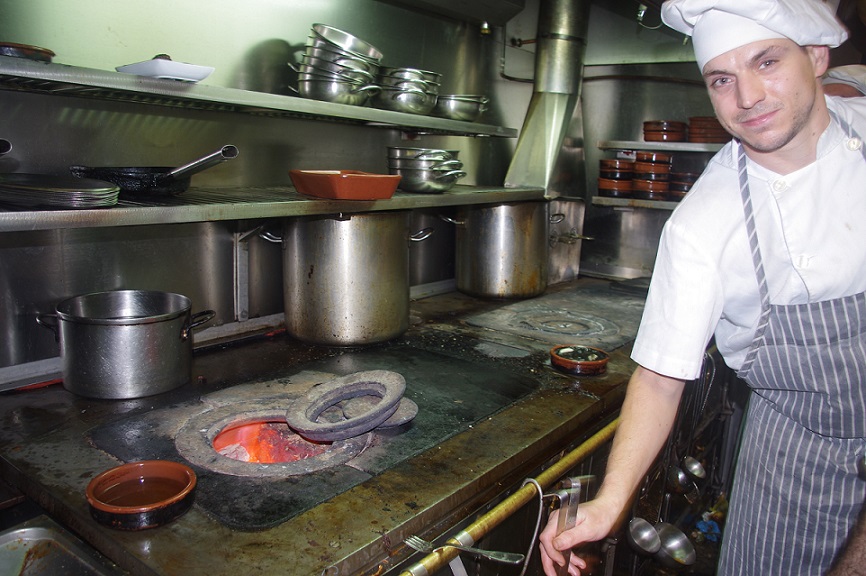 As I took pictures of the bustling kitchen, the staff teased each other about “smiling for the world.” Clearly excited about the prospect of appearing in a magazine with global readership, you’d think they didn’t work in one of the most prestigious restaurants the world had to offer. 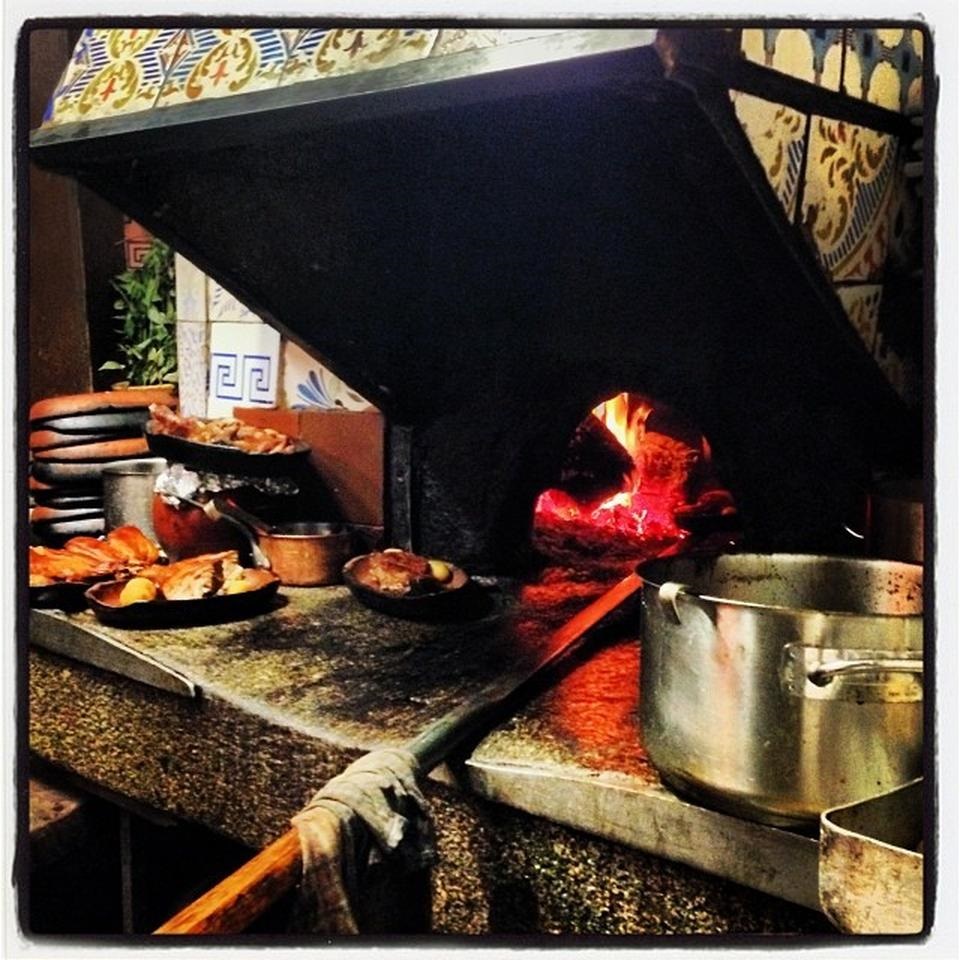 The authenticity of the Guinness Record: This wood-fired oven has been around since 1725 and is still being used to roast Botin’s iconic suckling pig.

Sobrino de Botín is a formidable mix of great food, good vibes and a most fascinating history. The result is a much-deserved global fame that Pepe, a consummate restaurateur, seems to take in his stride. 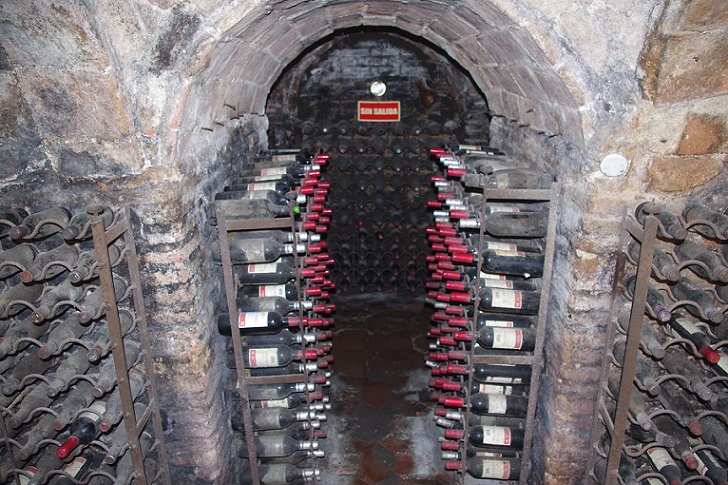 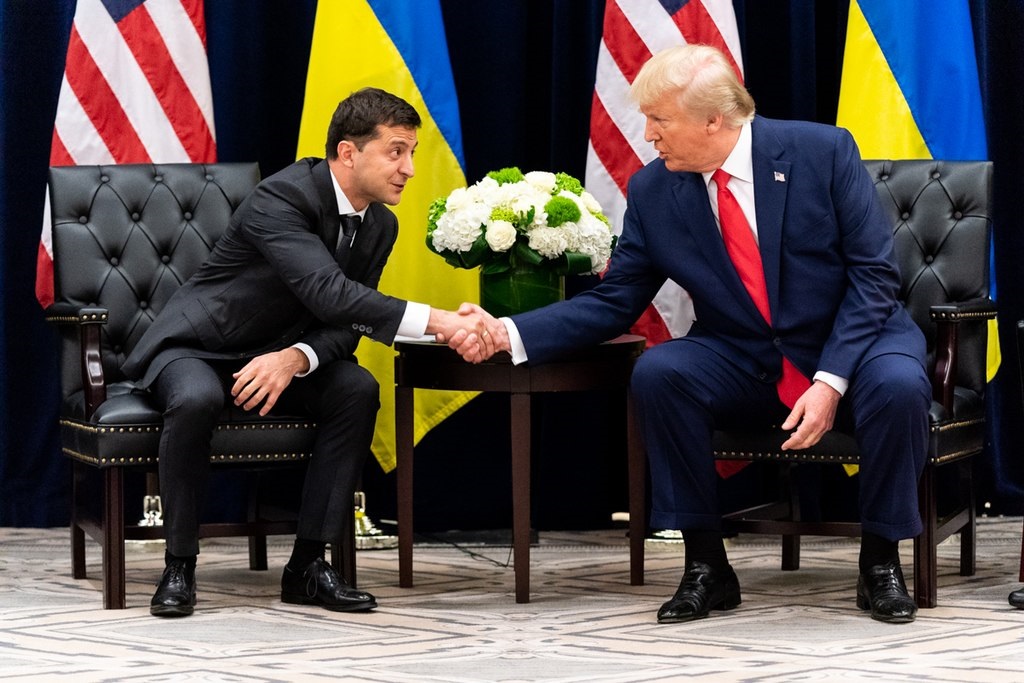