Auschwitz: Not Long Ago, Not Far Away

Walking through the chilling maze of photos and artifacts and hearing the stories at the Exhiibition takes a lot out of a person, as we are forced to comprehend the atrocities that our fellow
humans are capable of committing. However, at the end of the exhibit there is
also hope: videos play of survivors describing the importance of love
and acceptance and warning visitors of what is at stake
if we dare to forget the past. For Spain, a country
that is still working on coming to terms
with its own past, this warning
seems especially relevant

The Holocaust is a subject which most of us have studied at some point in our lives, yet for many it remains a distant event that happened to strangers in a strange land. The newest traveling Auschwitz exhibit, coproduced by the Auschwitz-Birkenau State Museum, is trying to change that idea by bringing the horrific reality of Auschwitz and the Holocaust around the globe. The exhibit will travel the capitals of the world for the next seven years and includes over 600 original objects from the Holocaust, as well as haunting photos, videos with eyewitness testimony and footage, and works of art.

As you walk through this mesmerizing exhibit, you realize that it is no coincidence that this collection made its debut in Madrid of all cities. Although Spain as a country did not officially participate in World War II, the Auschwitz exhibit expertly ties Spain’s own past to that of World War II Germany in a way that helps Spaniards realize that this truly was “No hace mucho. No muy lejos.” (Not long ago. Not far away.) 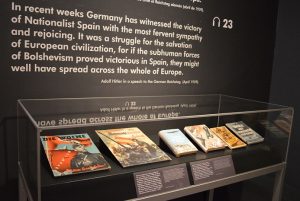 Proudly published German books and mags describing the intervention of the German Condor Legion  in the Spanish Civil War, ostensibly to protect Spain from “Judeo-Bolshevism.” No mention of  Guernica. Background board: Hitler’s speech/Marylyn Gafford

During the Spanish Civil War, Germany provided the nationalists in Spain with air support through its Condor Regime, which helped to carry out aerial bombings against Republican cities.  The most infamous example of the Condor League’s destruction lies in the Basque town of Guernica, widely known as the subject of Picasso’s haunting painting “Guernica”, where more than 200 civilians were killed during a bombing campaign in 1937. In the Auschwitz exhibit, one display case contains German books and magazines with titles celebrating Franco’s victory. Above the case is a quote from Adolf Hitler himself, praising the results of the Spanish Civil War as a victory against the “subhuman forces of bolshevism”.

Following the end of the Spanish Civil War in 1939, some 500,000 Spanish Republicans crossed the border into France hoping to receive asylum there, but instead found themselves placed into internment camps under squalid conditions.  When the German forces took control of France in the spring of 1940, many of them were conscripted for forced labor, and an estimated 30,000 of them were sent east to Germany. A large plaque included in the exhibit describes the plight of the Spanish Republicans during WWII and estimates that around 9,500 Spaniards ended up in Mauthausen and other concentration camps. 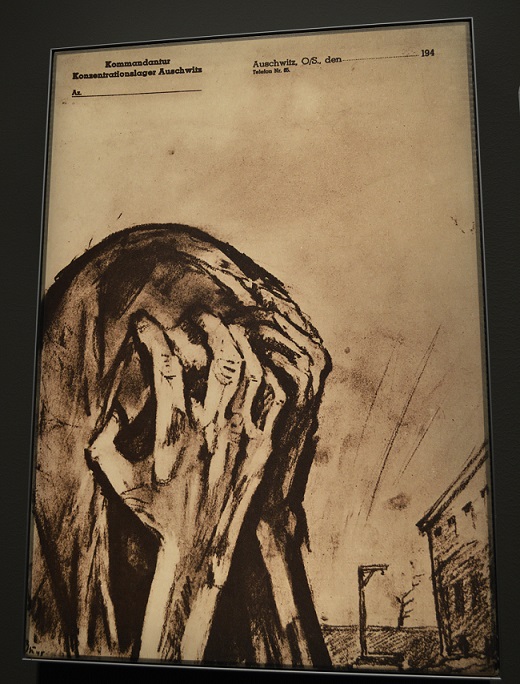 The exhibit also facilitates cultural programs, and on May 24, 2018, a free presentation was held at the Salon del Actos del Canal de Isabel II entitled “The Spanish Victims of Nazism”. Historian Rosa Torán gave a lecture not only going deeper into many of the events and statistics mentioned above but also pointing out that in her opinion the Spanish government itself shared some of the blame. Due to their status as stateless, anti-fascist enemies of the Third Reich, the Spanish Republicans were not guaranteed any of the rights as other prisoners of war, which is why so many of them ended up in concentration camps. Additionally, Torán highlighted the fact that those who managed to return to Spain after the war were forced to remain hidden or silent. Stories from Spanish survivors did not begin to surface until around 1978, and during the Q&A session following the presentation, several audience members voiced their disappointment and dismay at the lack of dialogue and acknowledgement that exists regarding this topic today.

Walking through the chilling maze of photos and artifacts and hearing these stories takes a lot out of a person, as we are forced to comprehend the atrocities that our fellow humans are capable of committing. However, at the end of the exhibit, there is also hope: videos play of survivors describing the importance of love and acceptance and warning visitors of what is at stake if we dare to forget the past. For Spain, a country that is still working on coming to terms with its own past, this warning seems especially relevant. But regardless of nationality, the Auschwitz exhibit provides visitors with a message that we can all learn from and is helping to ensure that the discussion and remembrance of the Holocaust will continue for generations to come.

MORE FROM THE EXHIBITION 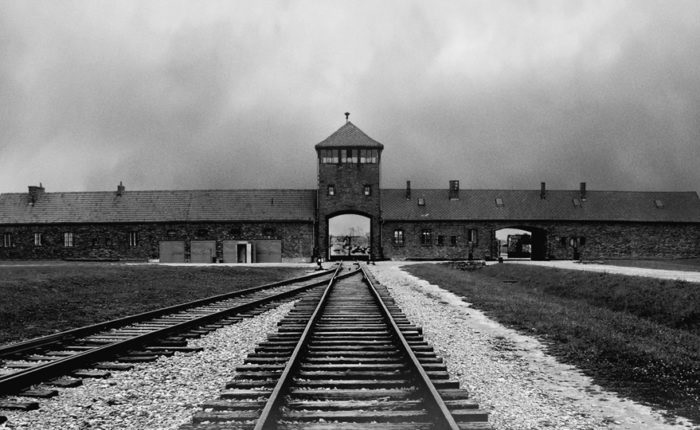 Porcelain fragment from a children’s mug 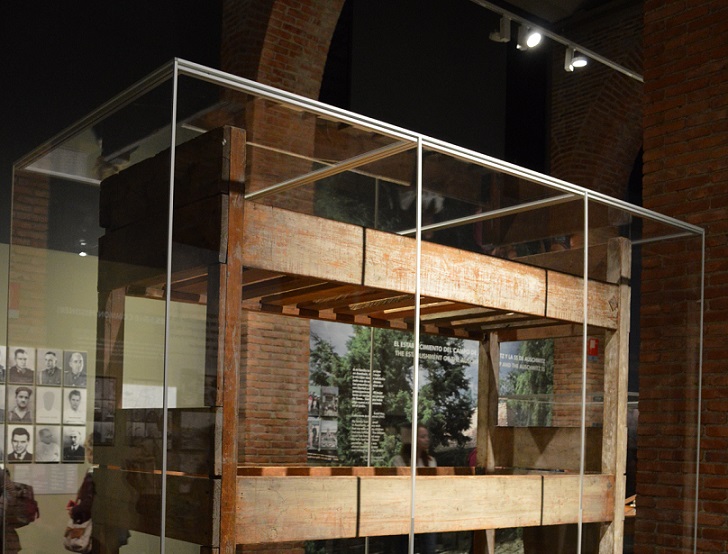 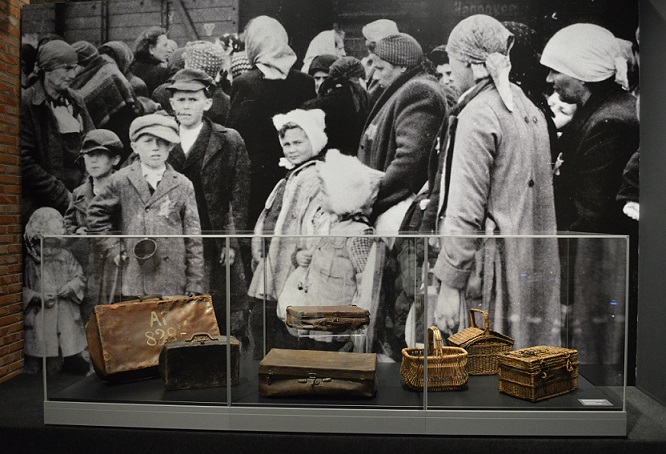 Suitcases and baskets Jews brought with them to Auschwitz, not knowing there was going to be no return trip/Marylyn Gafford 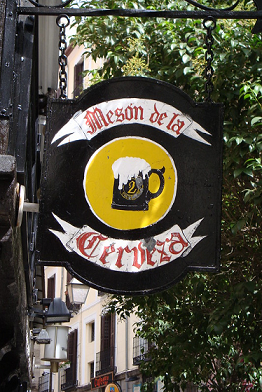