AT AMOR DE DIOS, IT’S THE LOVE OF DANCE 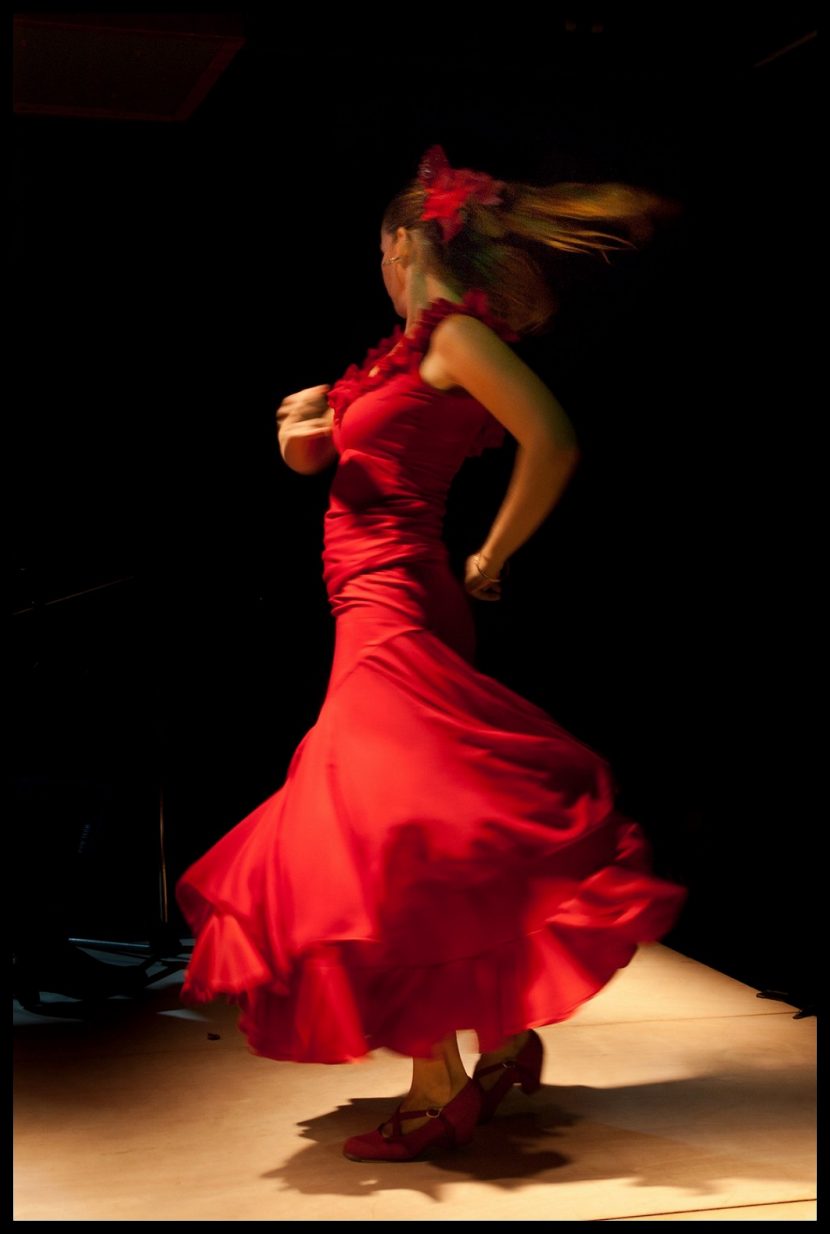 The students who are trained here master the techniques, but it also
has to come from the heart. Either you  know how to
dance or you don’t. It’s the hand of  god
which gives you grace

by Bonnie Rosenstock
Photos: B. Rosenstock unless stated otherwise

A visit to Centro de Arte Flamenco y Danza Española Amor de Dios awakens all the senses. The pungent smell of fish and fresh produce from the stalls of the Mercado Antón Martín attacks your olfactory sense as you make your way up the stairs to the second floor, where the school is located. Lining the walls along the narrow winding corridors are dusty posters, newspaper articles and photographs of past and current dancers, singers and musicians, who have been associated with the center at one time or another over the last 50 years, a virtual archival history. Then your hearing experiences an electric jolt at the rhythms of tapping feet, clapping palms, stirring guitars and the spirited instructions from the “maestros” (called “masters,” not “teachers”) emanating from the various studios. You peek into the open doors to observe flamenco artists in formation. The smell of hard-working sweat. The acute taste of yearning to perfect one’s craft.

Amor de Dios, as the school is universally known, is named after the street where the center was housed for more than 35 years before it got dislocated by developers in 1993. It has been at its third and current location on Calle de Santa Isabel, a stone’s throw from Amor de Dios, since 2003. 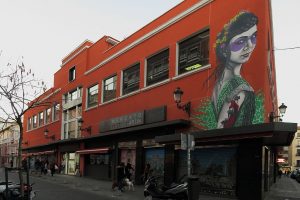 Whether or not “Love of God” (translation for Amor de Dios) involves a deity, the school does live by a creed, a concept, a way of life and feeling about dance. “In the school different methodologies are respected,” explained director Joaquín San Juan. “The students should get a master and follow that master’s instructions. If they can’t, they should find another.”

He continued, “They should know different masters who have different styles. But there should be a consistent artistic quality, which has pervaded through the centuries. If this doesn’t happen, the styles will disappear.”

San Juan said he doesn’t interfere with the masters’ different styles and methodologies. “They would give me a swift kick if I tried,” he joked.

There are three levels: beginner, intermediate and advanced. The students have the liberty to choose their teachers and classes and make their own plan of study. The center does not award diplomas or degrees, but the professional formation and development for the stage they receive will serve them well anywhere in the world.

Some students come from conservatories, where they lose all the feeling that Spanish dance has or is supposed to have, San Juan stated. “The students who are trained here master the techniques, but it also has to come from the heart, and they need to learn a wide range of feelings.” Added Cristóbal Reyes. “Either you know how to dance or you don’t. It’s the hand of god which gives you grace.”

Like many of the maestros at the school, Reyes is a renowned performer. He has a long flamenco family pedigree and performance bio. Born in Córdoba (Andalucía), he has been dancing since he was a child, has been principal dancer in various festivals and companies, including his own, and is a choreographer, consultant and lecturer. His wife is the legendary bailaora Juana Amaya (who portrayed Carmen in Salvatore Távora’s 1996 production of the same name; see my review of the current show, June 18, 2015). He is the uncle and maestro of bailaors, Joaquín Cortés and Manuel Reyes and cantaor Antonio Reyes. Reyes teaches a general class of corrections to all levels, including to professionals, who he said also need the work. “I love to give lectures, choreograph and teach classes,” he said.

Reyes studied ballet, regional Spanish dance and a little bit of contemporary. When I asked him if he studied flamenco formally, he looked at me askance. “I learned flamenco from childhood,” he said. “The difference between payo [non-gypsy] and calo [gypsy] is that the whites have to come here to study what the gypsies already know.”

There is an ongoing debate if Seville or Madrid has the best flamenco. Reyes called Madrid the mecca, and where people from Andalucía come to study and perform. One such performer/maestro, whose animated class I observed, is David Paniagua, “Pani,” who teaches intermediate-advanced technique and choreography. Seville-born Pani, 35, has lived in Madrid for 15 years. His wife is cantaora Saira Carmona, and his uncle through marriage is the flamenco guitarist, Pepe Habichuela. “Since I was little, I dreamed about coming here to study with all the great flamenco maestros from Seville,” he said. “There is a great exchange between the two cities.”

Miguel Cañas started out as a student and has gone on to an impressive career as a choreographer and award-winning performer (Max Award as Best Dance and Best Actor for the musical, “Tarantos” in 2002 and 2004). He has been teaching method and coordination at Amor de Dios for six years.

“It’s very important what happens here,” he related. “People come from all over the world, interact and get to know each other. It’s a point of encounter and the site of a lot of creation.”

When you pass through the corridors, you never know whom you are going to meet: artists, maestros, alumni, impresarios or aficionados from all parts of the globe. Coincidentally, I ran into Leilah Broukhim, a Sephardic-Iranian flamenco dancer and Amor de Dios alum, who has been living in Madrid for 15 years. We met at a flamenco exhibit at the New York Public Library for the Performing Arts,“100 Years of Flamenco in New York,” that I was covering in 2013 for this website. And I just missed meeting legendary dancers Merche Esmeralda and La Tati, who had just finished teaching their classes.

Cañas said that San Juan decides the kinds of classes and what new maestros are necessary according to the philosophy. In addition to flamenco and Spanish dance, one might find Arab, Latin American and Indian (from India) dance. Surprisingly, there is also tap (“claqué”). It is taught by Lucas Tadeo, who put on a wonderful show at the center’s intimate stage, featuring his students, jazz musicians and a jazz singer, which I attended. Shows are a regular part of the ongoing weekend entertainment. Why claqué? I asked San Juan. “It’s all rhythm,” he responded.

An archival history of flamenco and Spanish dance line the walls

Even if you never take a class here, stop by and soak in the atmosphere, peruse the history on the walls, observe a class. It might be one of the best flamenco experiences you ever have.

Previous article « SPAIN IS CRAZY ABOUT ITS OWN STARTUPS: Charity Begins at Home, Surely! 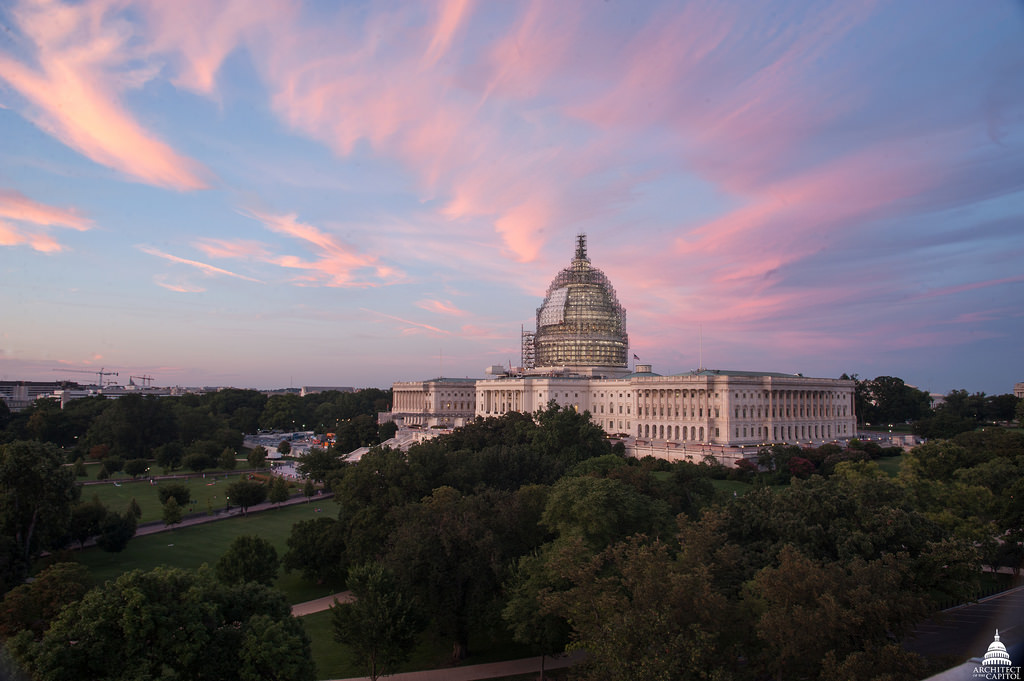