ASSUMPTION DAY: WHY SOME ARE RED LETTER DAYS IN THE SPANISH CALENDAR BUT SOME ARE NOT 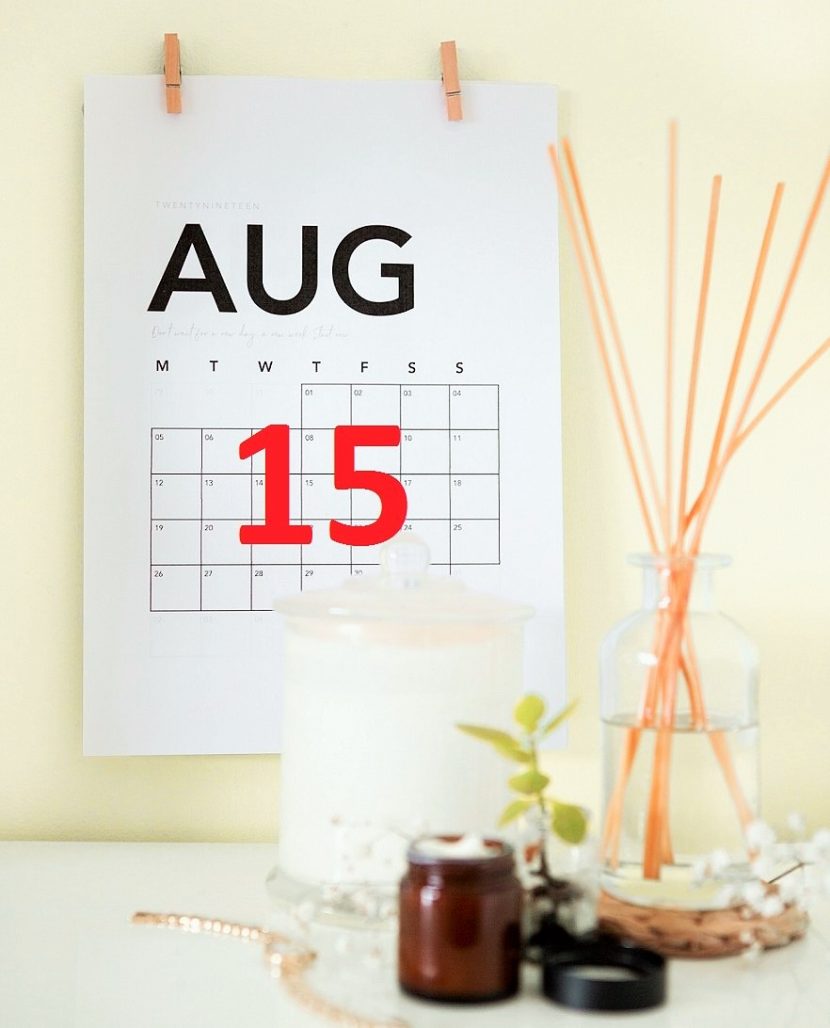 Some are red-letter, some are not.

The 15th of August is a public holiday in Spain. Why should that be? Well, it’s the Feast of the Assumption of Mary, the lifing of the Blessed Virgin off from this life and her assumption into heaven.

Here is how Pope Pious XII put the doctrine of the Church in 1950: “After the completion of her earthly life . . . [Mary] was assumed body and sould into the glory of Heaven.” 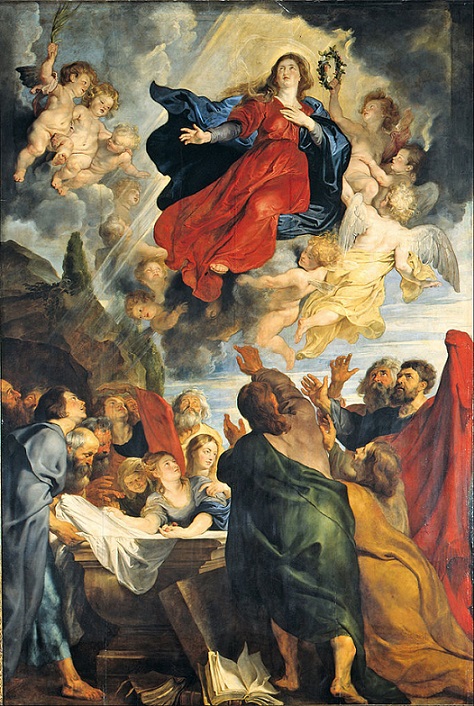 The Assumption of Mary

Christ ascended into heaven. On his own. With his own power. Mary was assumed. That is, she was taken up to heaven by God; she couldn’t do it on her own.

But her being assumed is the supreme manifestation of the love and respect Jesus feels for Mary. It underscores her being the Mother of God. Thus, the Assumption is the most important Feast in the Blessed Virgin’s name and honor. And it is a national holiday in Spain.

Here’s the thing though: Article 14 of the Spanish Constitution states that “Spaniards are equal before the law and may not in any way be discriminated against on account of birth, race, sex, religion, opinion or any other personal or social condition or circumstance. “

Moreover, Article 15/3 states that “There shall be no State religion. The public authorities shall take the religious beliefs of Spanish society into account and shall consequently maintain appropriate cooperation with the Catholic Church and the other confessions.” 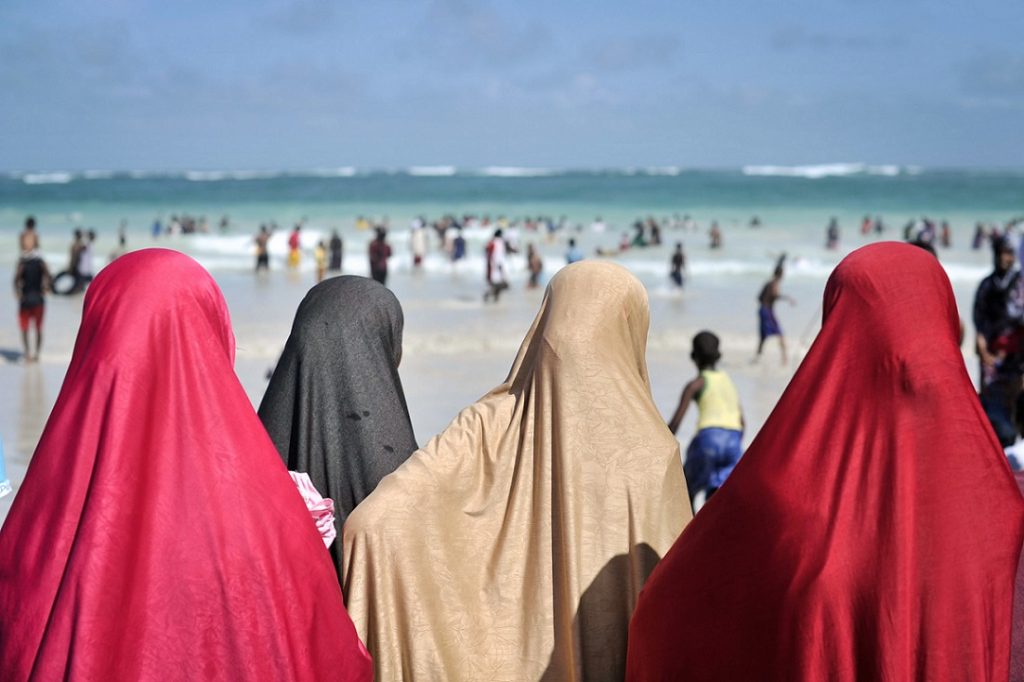 Muslim women all dressed up for the Eid al-Fitr festivity at the end of the Ramadan.

Why then are some of the most important holidays of other religions, say the Eid al-Fitr which marks the end of the Ramadan, not given equal treatment as, say, the Feast of the Assumption?

Spain, as a nation, was founded on Catholicism. It emerged from the Reconquista which culminated during the reign of the Catholic Monarchs, Isabella I of Castille and Ferdinand II of Aragon. Isabella reigned as Queeen of Castille from 1474 until her death in 1504. Ferdinand was King of Aragon between 1479 and his passing in 1516. In 1469 he married Isabella while both had still to ascend their respective thrones. But once they had, their marriage signified not only the union of the two crowns; most importantly, the unification of Spain could be traced back directly to that marriage.

The Virgen de los Reyes Catholicos, center, with Ferdinand and the Prince of Asturias to the left, and the Inquisitor behind them. Isabella, to the right, is seen with their daughter Isabel de Aragon, ca. 1491-1493

It was a marriage of two fervent Catholics who completed the expulsion of the Jews and the Muslims from Iberia and, even before that, in 1478, created the Spanish Inquisition. So entrenched was the Inquisition in the land of the Catholic Monarchs that it lasted more than three centuries. (The last trial on crypto-Judaism was held in 1818.) 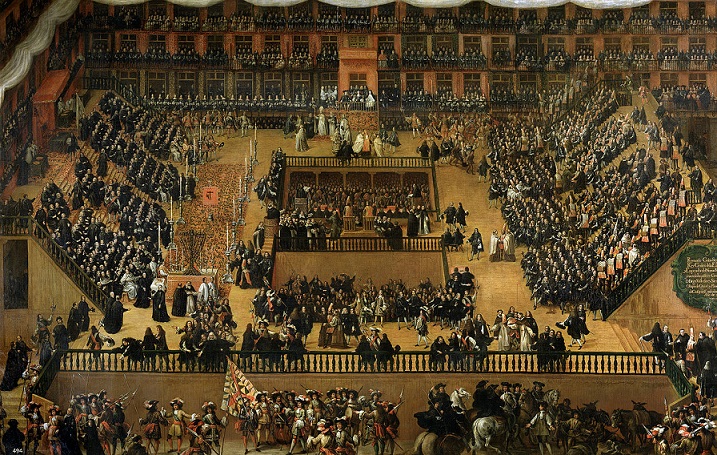 Auto-da-fé held at the Plaza Mayor in Madrid, 1683. This was an Inquisition ritual of public penance after the heretic was condemned and before the secular authorities carried out the sentence.  In attendance was the then King Carlos II who presided the royal tribunal. ( See background.)

The appellation of Catholic King and Queen was conferred by Pope Alexander VI on Isabella and Ferdinand in 1494. That title is transmitted to their successors down to the present.

Practicing Catholics are diminishing alarmingly, and the abiding pride of the Spaniards in their Constitution is beyond question. But given that the Catholic faith was the cornerstone of the Spanish nation, one can understand that, despite the constitutional avowal of no-state religion, the Feast of the Assumption of Mary figures in the Spanish calendar as a public holiday. As do other Catholic holidays like Good Friday and Christmas. 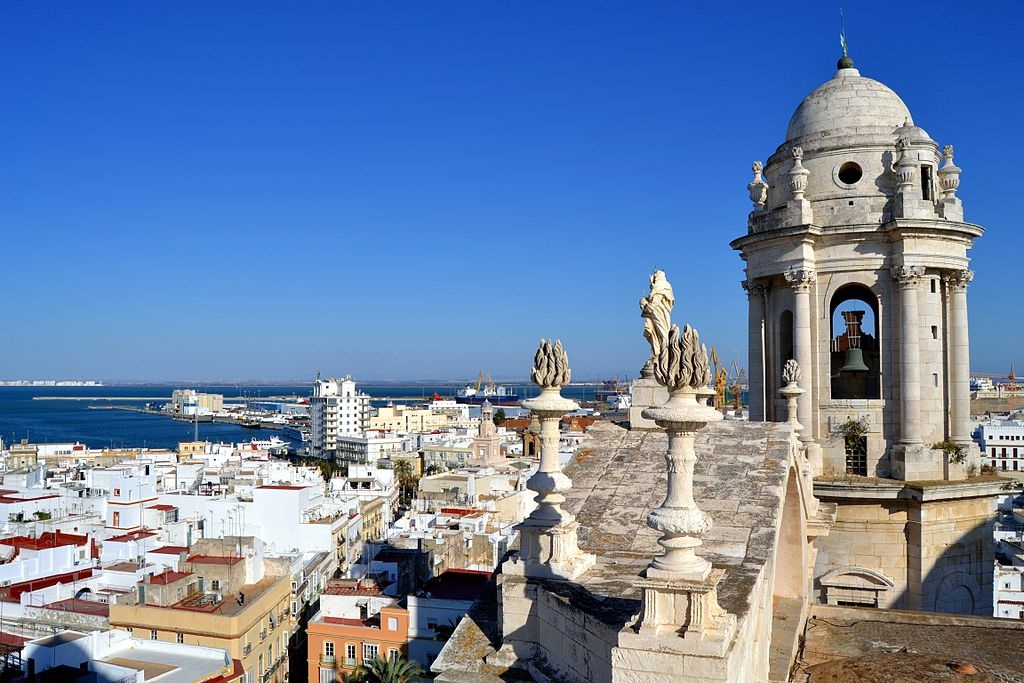 Next article THE SEVEN JEWELS OF ANDALUSIA  »