The Time Capsule Ceremony was a special moment for the American School of Madrid as the entire school — K1 through Grade 12 — came together in the school gymnasium to present items they had prepared for a new time capsule.

Representatives from each grade level present their contributions to the blue Time Capsule. The entire school watch captive.

The enthusiastic and highly motivated student representatives, young and old, not only described what they were contributing but why they wanted them to be saved for future generations. When asked why K1 contributed their famous walking rope to the capsule, candid K1 representaive Gabriel Ortega responded, “So they don’t get lost!”

Following the students’ participation in the Time Capsule Ceremony, two outstanding personages were asked to come to the stage and receive their commemnorative plaques from Headmnaster William O’Hale on behalf of the American School of Madrid: Ms. Rosario Gayarre, ASM teacher since 1961, for her dedication to the school throughout 50 years, and Mr. Daniel Lowell whose plaque proudly proclaims his “assistance as founding member of the Board of Trustees and loyal support of ASM.”

To close the ceremony, and just before raising the curtain on ASM’s 50th Birthday Bash, a three-tier cake that was specially made for the occasion by alumna and baker Claudia Rojo (’07) was brought on. The youngest and oldest students at ASM (Florencio Nieto in Kinder 1 and Terry Kim in Grade 12) were then invited to blow out the candles. Before the two could accomplish their task, however, a percussion group burst onto the scene and urged the entire school to sing “Happy Birthday” both in English and Spanish. Spirits soared. A thousand folk danced, clapped and sang in celebration.

After Florencia and Terry finally blew out the candles the students went on and partied with their grade levels. Cupcakes and icecream were in abundance for everyone to enjoy at ASM’s unforgettable Birthday Bash. Long live! 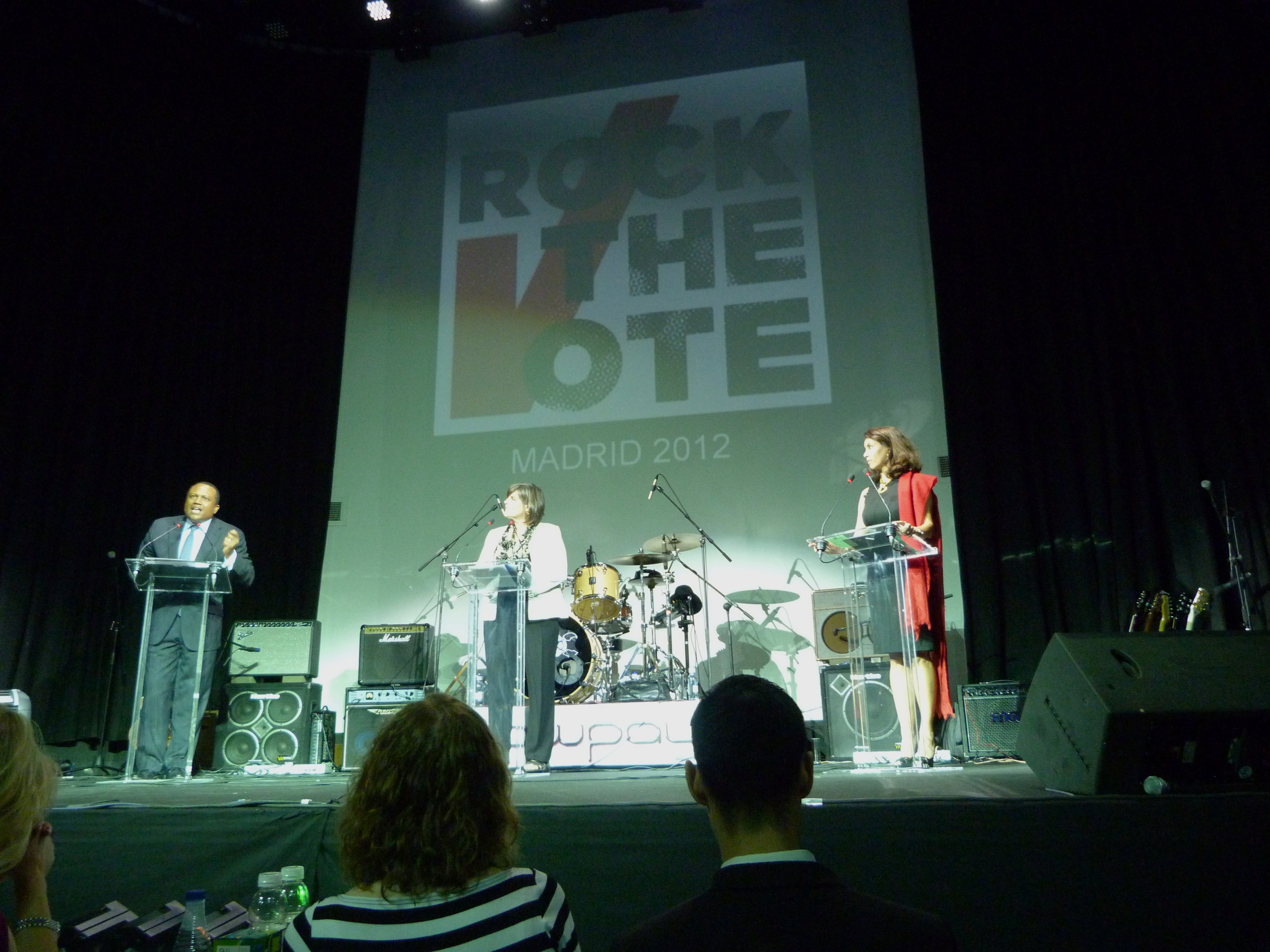 Next article THE U.S. EMBASSY, IN COLLABORATION WITH THE AMERICAN CLUB OF MADRID, ROCKS THE VOTE »