ARGETINIANS IN MADRID CELEBRATE THE DAY OF THE MAY REVOLUTION

Last week, on the 25th of May, Argentinians around the globe celebrated one of their national holidays, the anniversary of the May Revolution. On this day in 1810, Argentina broke away from imperial Spain which had ruled Argentina for more than two centuries. The May Revolution not only sparked the beginning of Argentine independence but established a foundation for Latin American independence that would eventually sweep the continent.

Ironical as it may sound, the day which commemorates the end of the Spanish rule in Argentina is celebrated by Argentinians even in Madrid. Whether an Argentinian immigrant or a Spaniard of Argentinian descent, all those with ties to Argentina came to the Embassy of Argentina to celebrate this national holiday.

The festivities began in the courtyard of the Embassy which was packed with attendees early on. From couples to families, young and old, everyone was elegantly dressed for the occasion. Old friends greeted each other, catching up on their lives, while new acquaintances were quickly made over a sense of shared heritage and the bond of inner Argentine blood. Men in uniform, esteemed and respected, were also engaged in small talk or possibly in the discussion of business.

There was a tremendously joyful atmosphere. Bars were set up all around and the guests circled with drinks in their hands and chatting away. Meanwhile, a grill in the back was fired up and the seductive smell of meat enticed some to momentarily pause in their conversations to grab a quick bite.

As the sun began to set, anticipation for the ambassador’s speech grew. More and more people filtered into the chancellery, and the buzz of conversation began to drown out the melodic music playing in the background. Laughter could be heard throughout the room as the guests began taking pictures to remember this heartwarming celebration. 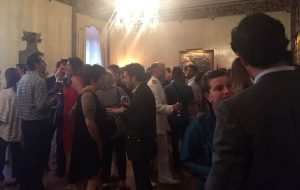 Finally, silence fell on the crowd as the Ambassador, Federico Ramón Puerta, was introduced at the front of the room. After long applause, His Excellency, standing behind the podium, began his speech. 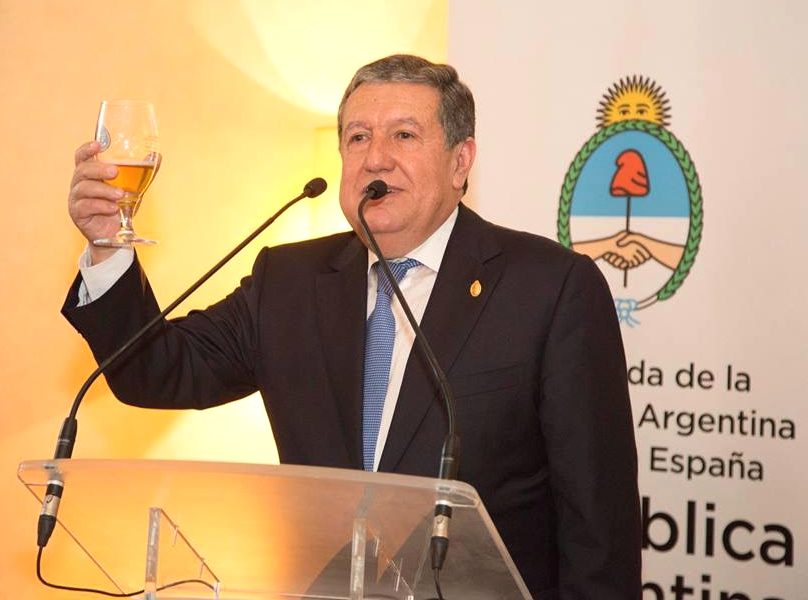 He spoke of Argentina, of her relationship with Spain, of her past and of her present. He honored the Argentinians in uniform and commemorated the sacrifices that they had made for the people of their country. He spoke of the unwavering passion of the Argentinian people, from those living in Argentina to those residing permanently here in Spain.

But the highlight of the evening was honoring Fernando Otero, a Spanish fisherman from Galicia who worked for Argentina during the 1982 Falklands War. Otero used to work as a crew on the fishing boat Usurbill but spied on the British Task Force as soon as the war between Argentina and Britain broke out over the Falklands/Malvinas, alerting the Argentine military of British operations.

For 35 years Otero’s heroic service to Argentina was kept secret — until the 25th of May of this year when he was decorated as a Malvinas Veteran at the Argentina Embassy in Madrid. 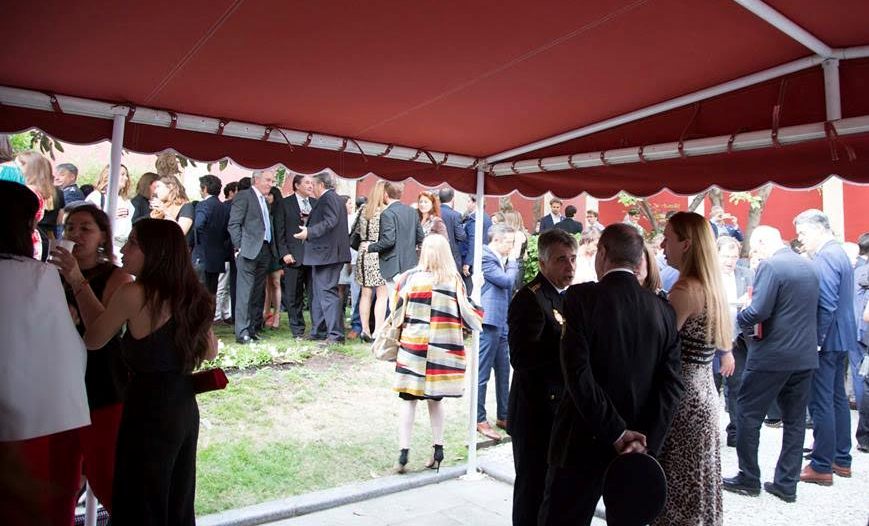 After the ceremony, the guests chatted animatedly once again, dispersing back outside into the cool night air.  Some guests stayed longer, having the leisure to do so, while some rushed home to prepare their children for bed. But all, regardless of individual background, left with a rekindled Argentine pride and love for their country.

Ed’s note: The Argentinian May Revolution commemoration in their embassy in Madrid is featured back to back with the Philippine Independence Day celebration at Madrid’s InterContinental Hotel. See elsewhere for the latter.

Marta is pursuing a major in English — minor in Psychology —
at Harvard. Watch for this promising star!

Previous article « STATESIDE STORIES REVIVED: A VISIT TO THE ZOO! 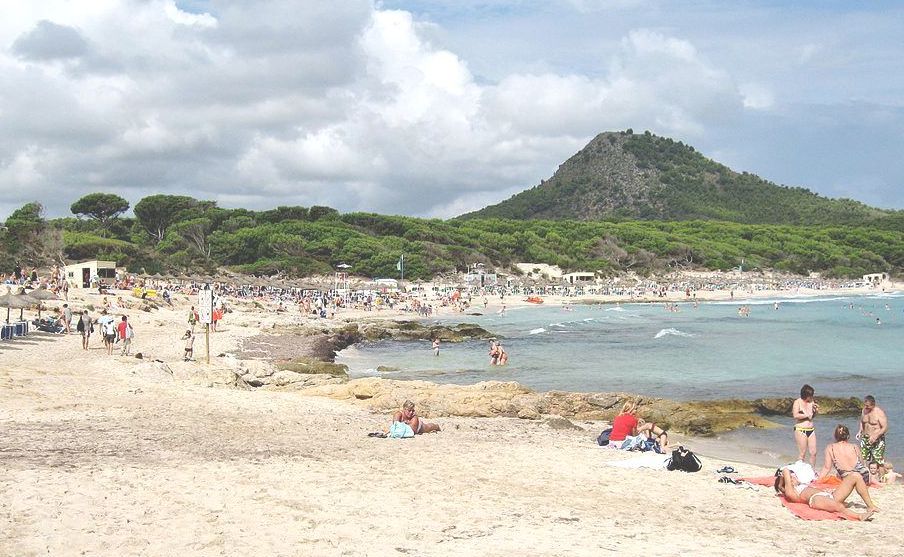 Next article SPAIN, THE GLOBAL LEADER IN BLUE FLAG BEACHES: We are the Champions! »