Afghan militiamen and Afghan defense and security forces, together at a gathering in Kabul 23 June 2021.
Afghanistan’s defense ministry attempted to work with warlords to mobilize local militias
across the country, most particularly in the north where several key districts
have fallen to the Taliban, to try to stem the tide of the latest Taliban
gains. As hindsight shows vividly, it was a vain attempt.

The Taliban, meaning, literally, the students, have said they will restore peace and security to Afghanistan and will let the Western troops leave in peace after the fall. However, nobody is buying the avowal. The Taliban are also saying that they will enforce their own version of Sharia (Islamic law), now that they are back in power. Now, that is something to watch out for. Sharia law is a code of conduct, “the path”, the “code of life” that governs every aspect of the lives of all Muslims in accordance with the wishes of Allah. This would include prayers, fasting, dress code. . . 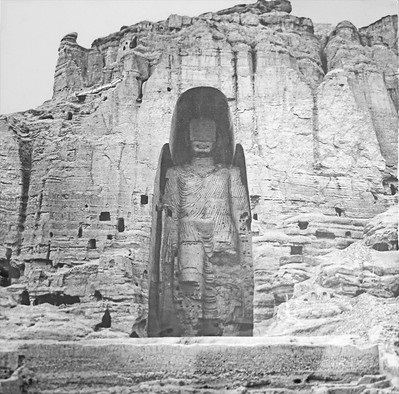 Blasphemous cultural artifact: One of the two largest standing Buddhas in the world, built in AD 597 and 554 in the Afghan province of Bamyan, dynamited by the Taliban in 2001. Which destruction was shown on TV across the world.

Or, in more concrete terms, nobody, despite the flimsy Taliban attempts at public relations spin, would be surprised if women are once again confined to their homes, denied access to schools and the workplace, abducted if seen in public without male escort, even executed if they were sexually assaulted. Western influence will be expunged, “blasphemous” cultural artifacts blown up, public executions and flogging a common sight.

“It is sharia law,” said senior Taliban commander Waheedullah Hashimi, “and that is it.”

The Taliban, as a fundamentalist movement with its attendant military organization of an estimated 200,000 fighters, is Deobandi Islamist revivalist movement within the Sunni Islam in Afghanistan. When the Taliban first came to power in 1996 (and was ousted in the wake of the 9/11 terrorist attacks), it referred to itself as the Islamic Emirate of Afghanistan. It is currently waging jihad within the country and has just toppled the U.S.-backed Afghan government in Kabul (15 August 2021) with breathtaking speed. 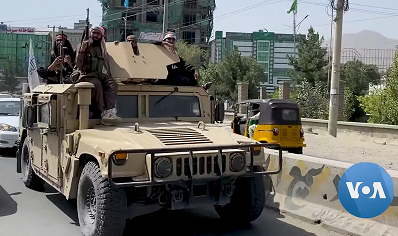 Taliban fighters patrol Kabul streets, 17 August 2021, after the fall of the Afghan government

Observers on the ground and experts believe that the Taliban, in the face of their stunning victory, will return to their concept of the Islamic emirate.

>Video: Report on the mobilization of anti-Taliban militias during the 2021 Taliban offensive/Abdulbasir Ligor (VOA), PD

Previous article « AFGHANISTAN SERIES: REMARKS ON AFGHANISTAN BY THE US SECRETARIES OF STATE AND DEFENSE, AND THE NATO SECRETARY GENERAL 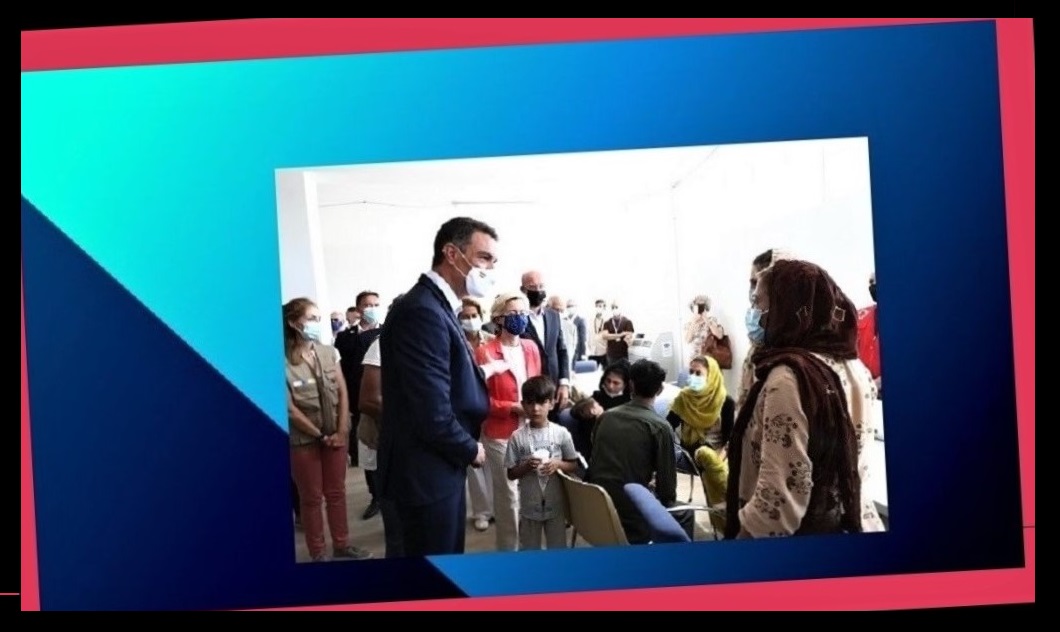