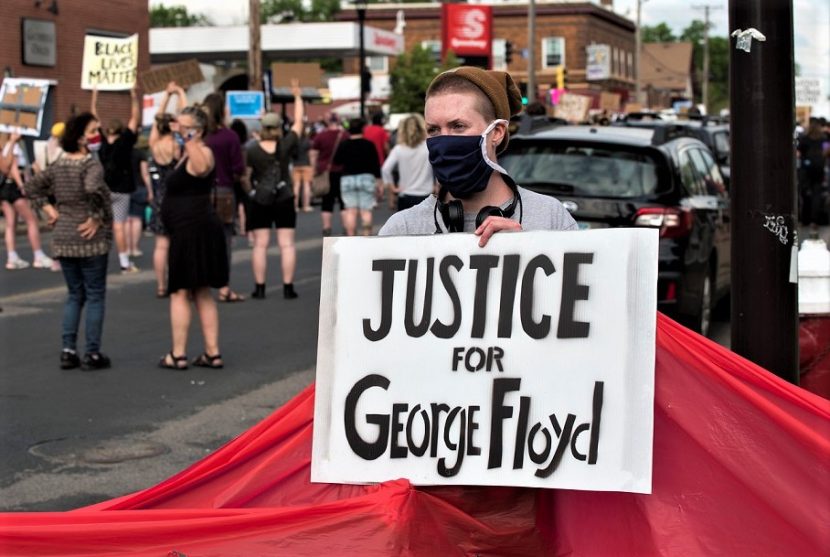 Vandalism, violence, arson and destruction characterized protests in various US cities, promulgated by the death of George Floyd at the hands of the Minneapolis police. A black man who had been suspected of fraud, George Floyd died when a police officer knelt on his neck until he lost consciousness and died. The death has been ruled a homicide and the police officer has been charged with third degree murder, with the four officers involved fired.

Outside the White House, protestors rampaged while the Administration went on lockdown. The most violent protests were seen in Minneapolis/St. Paul, New York City, Los Angeles, Atlanta, Philadelphia and Chicago, and other smaller cities across the US.

“Black Lives Matter” and “Stop Killing Black People” were some of the signs that were brandished during the protests, which gathered Antifa radicals and young people of all stripes, black and white, to protest the killing which was caught on video.

Fires were set on cars and buildings and windows broken and looting of shops occurred, while some 4,100 people were arrested and one demonstrator was killed. Curfews were set in cities across the nation as the pandemic took a back seat to the unrest that boiled over into the streets.

President Trump promised that his Administration would put an end to the “thuggery”.

Many of the protestors were wearing masks to prevent infection from the Covid-19 virus, but nothing seemed to prevent the demonstrations from turning violent and destructive. 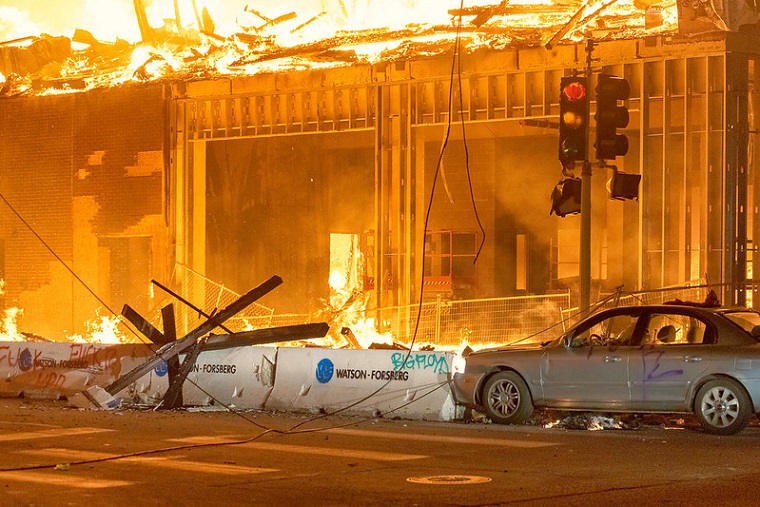 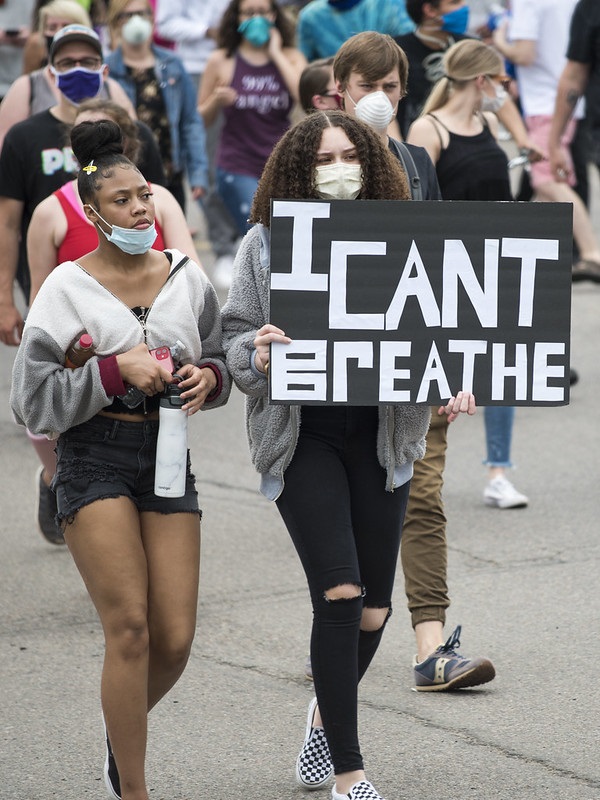 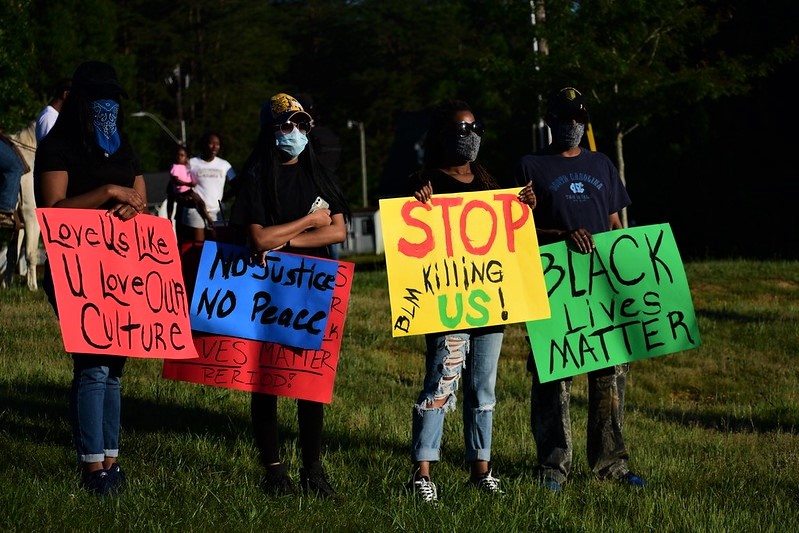 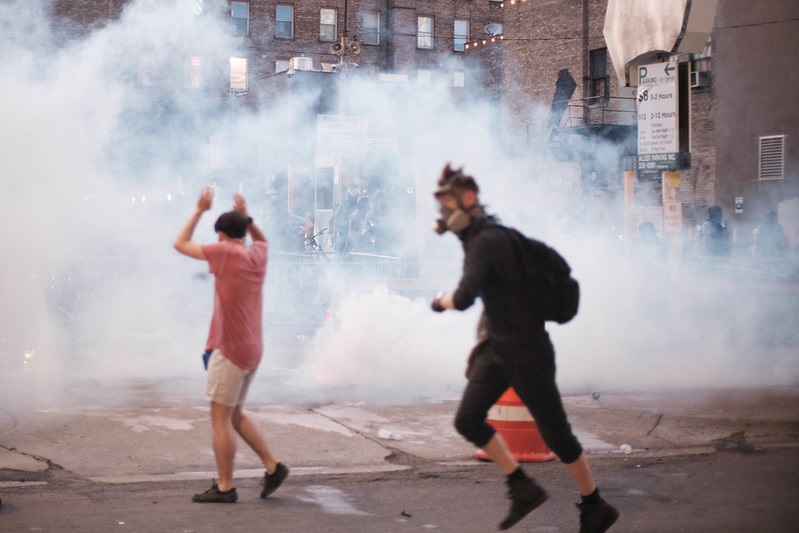 Tear-gassing, Minneapolis, 28 May 2020/Dan Aasland, CC BY-SA2.0. (Aasland: “Tear gassing what was a peaceful protest in Minneapolis on the evening of May 28th, 2020. This was the third day of protests following the police killing of George Floyd.”) 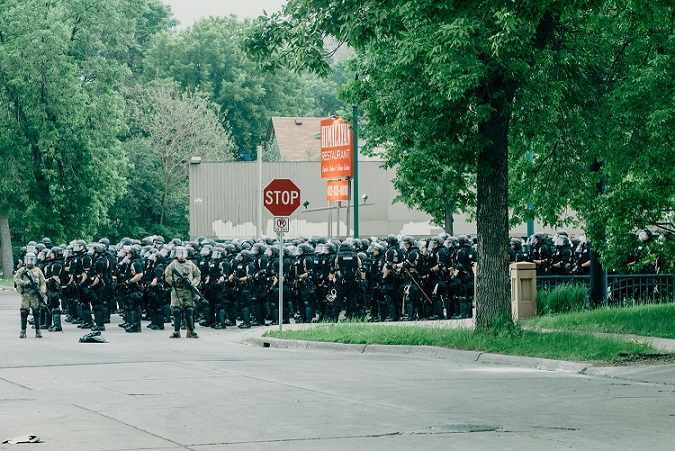 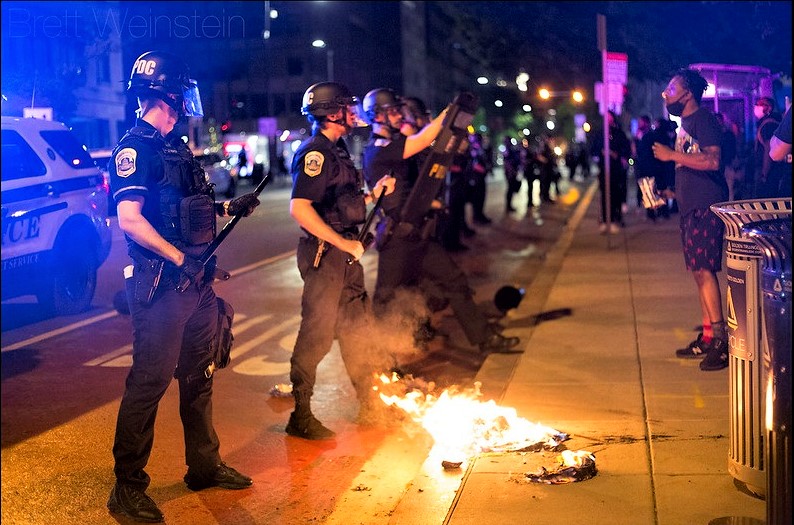 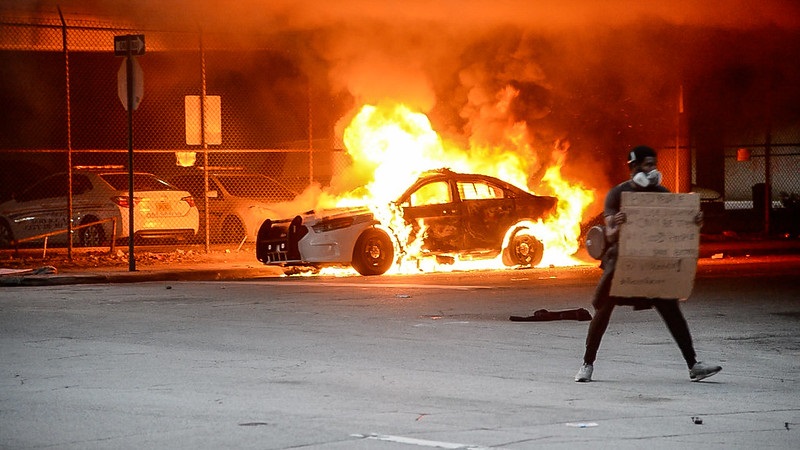 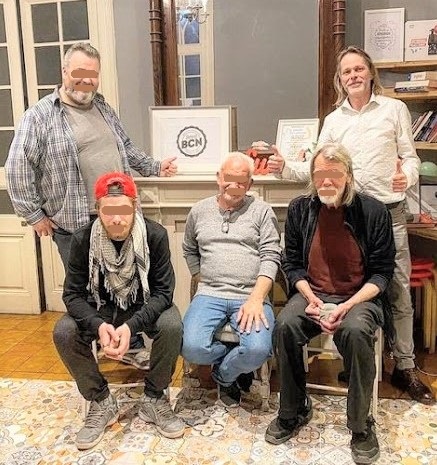 Next article THE KILLING OF GEORGE FLOYD: IT ALL STARTED WITH A “FAKE” $20 BILL »