A SECOND OPINION: Trump and Melania Fight the Coronavirus 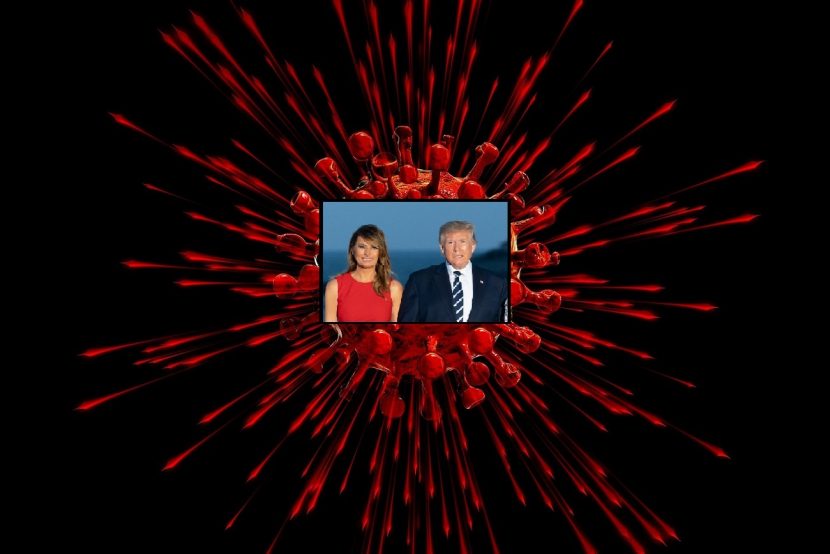 He wouldn’t wear a mask unless forced to; he was lax about “social distancing” at his meetings and rallies. He disputed with the experts about the pandemic. And now he’s been hospitalized at the Walter Reed Military Hospital for a “mild” case of the covid-19 virus.

His wife Melania is also suffering from the virus and is in isolation at the White House.

Some would say that Trump got his “just desserts” after encouraging people not to follow health officials precautionary measures against the very contagious virus. 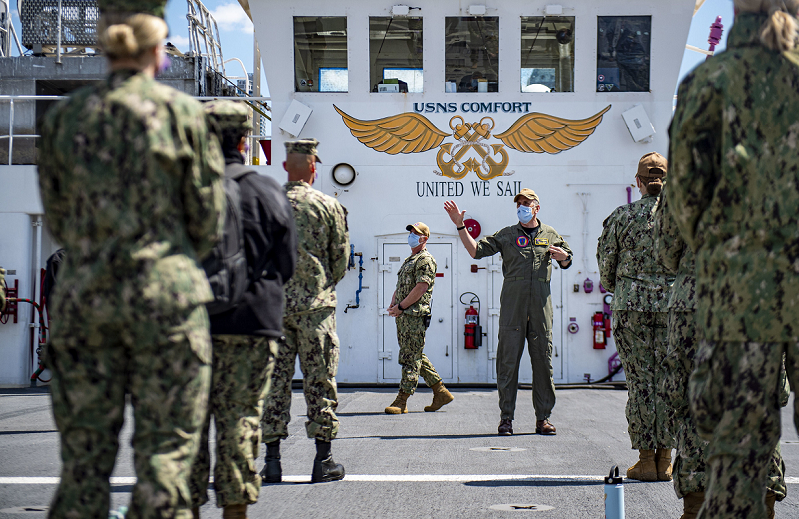 Others wished him and his wife a speedy recovery and reminded the public that Trump had been on the ball when he banned travel to and from China and Europe, and made sure that ventilators and other personal protective equipment were available across the country, and ordered two Navy Medical Hospital Ships to New York and Los Angeles to confront the pandemic.

The President was given experimental antibody treatment before being whisked off in the Marine One Helicopter to the Military Medical Center where he was given a suite to carry out his duties as Commander-in-Chief while he was monitored and convalesced. 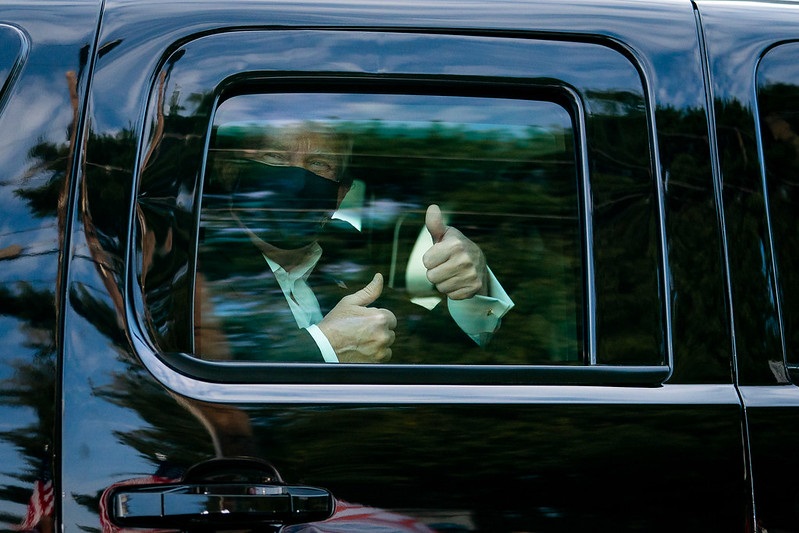 While confined at the Walter Reed National Military Medical Center for COVID-19, the U.S. President left the hospital on a drive-by to greet his supporters. Bethesda, Md, 4 October 2020.

It is just a month away from the Presidential election on November 3rd, and President Trump’s illness puts in doubt any further rallies or debates with his rival, Democrat Joe Biden, who said he would pray for a quick recovery for the President.

President Trump is said to have a low-grade fever and is feeling ‘fatigued” while his wife has a headache and a slight cough.

They are fighting the ‘bug” that has killed more than 200,000 Americans; officials have characterized his stay in the hospital as a “precautionary measure”.

The virus can incubate for 2 to 3 days before positive test results are noted, so now everyone who was in proximity to the President and First Lady is suspect. 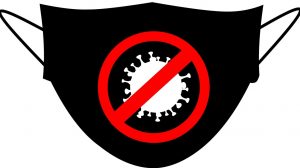 Please, for your sake and others. . .

So wash your hands, keep your distance, and please, for your sake and others, wear a mask. 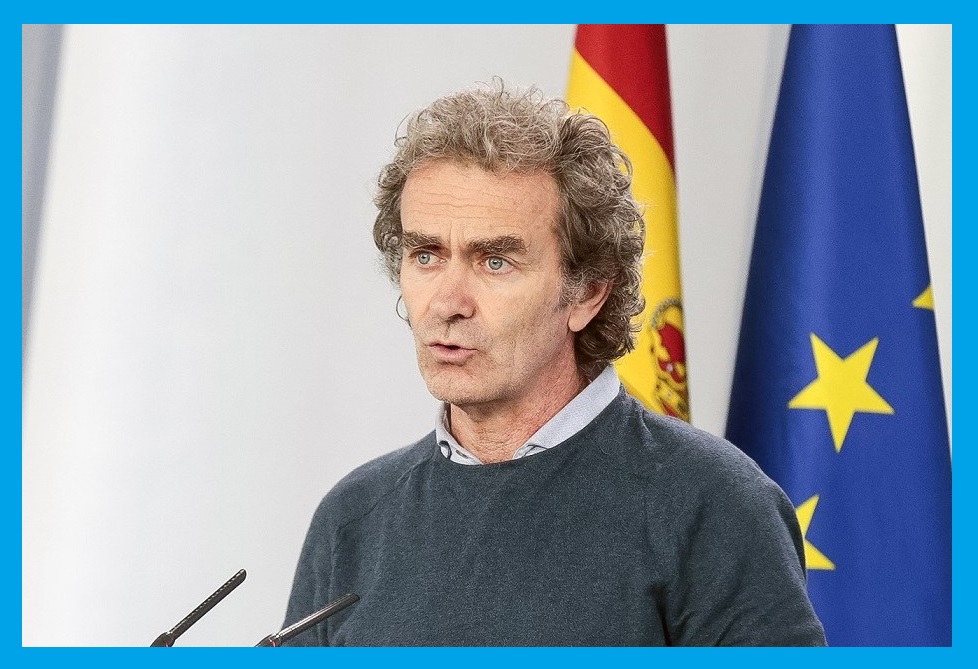 Previous article « MEET THE HEALTH-ALERT GUY WHO TESTED POSITIVE – NO, NOT THE U.S. PRESIDENT! 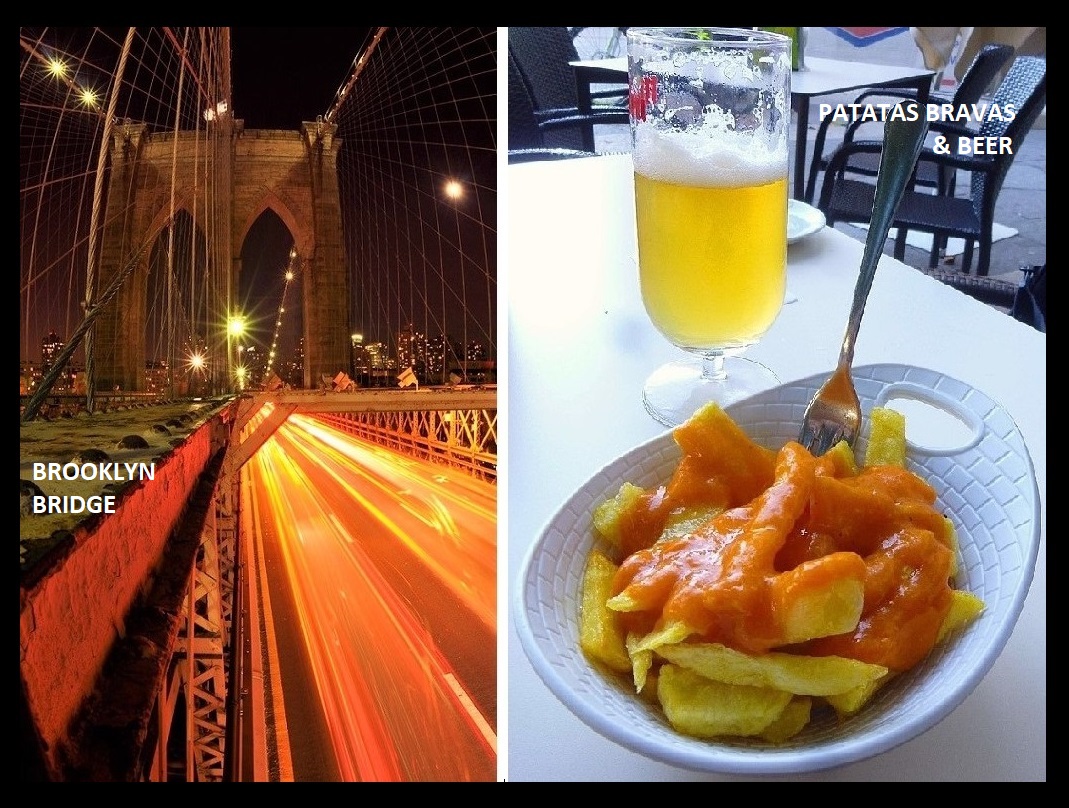 Next article Bravas, Bridges & Brew in The Home of the Brave! »