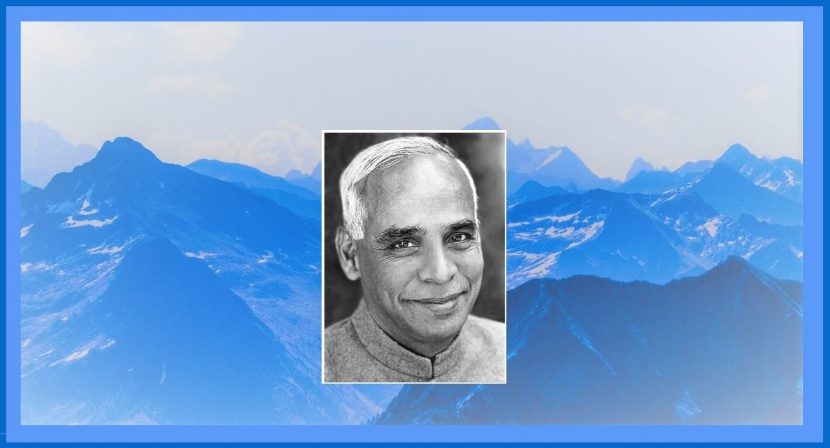 Eknath Easwaran, founder of the Blue Mountain Center of Meditation and
author of  Your Life Is Your Message —  Finding Harmony with Yourself, Others, and the Earth.

Just heard that my sister and her family went to the beautiful Galician beaches for a summer trip in the midst of the pandemic. The Coast of Galicia is so lovely and the region is greener than the Southern Coast, so she likes to make her escapadas there. 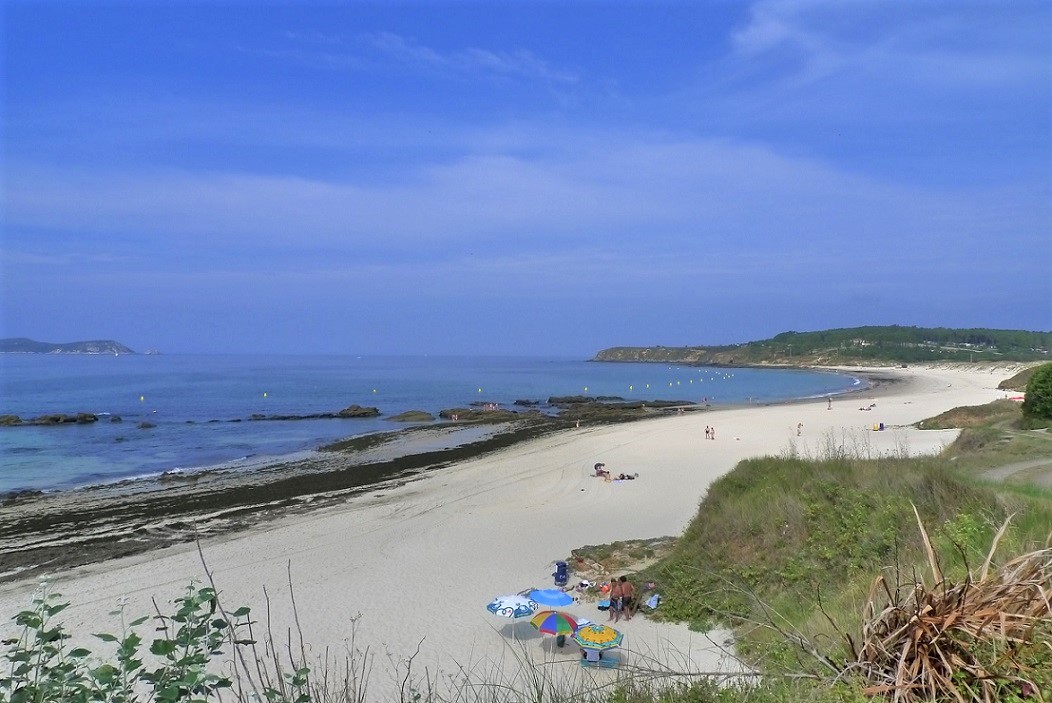 Taking a big leap to the Pacific Northwest, U.S.A.: The weather has been so nice here that after work I take to the backyard and sit in a lounger and read. I highly recommend the one I’m into now: Your Life Is Your Message—Finding Harmony with Yourself, Others, and the Earth. It’s by a former Fulbright Scholar and Professor of Literature from India named Eknath Easwaran, who is the founder of the Blue Mountain Center of Meditation.

“This book,” Easwaran says, “is meant as a companion for a gradual process of self-transformation, in which you can find and establish harmony with yourself, with the people around you, and with the earth.” He espouses an Eight-point program of meditation that is derived from all the major religious traditions of the world: Hindu, Jain, Buddhist, Islamic and Zoroastrian and importantly, Jewish and Christian. “The program requires no particular religious beliefs, and can be practiced fully within your own religious context, or even if you are allergic to all religious dogma.” 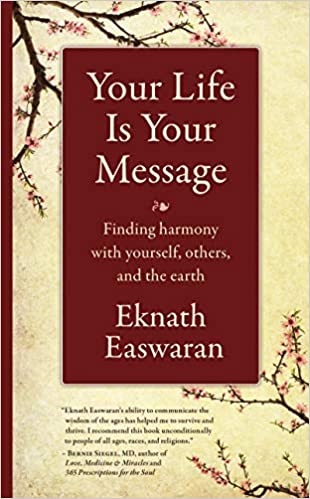 The Eight-Points include Meditation, Repetition of the Mantram (The Mantram is like the Hail Mary or other positive energy saying), Slowing Down, One-Pointed Attention, Training of the Senses, Putting Others First, Spiritual Companionship, and Reading the Mystics.

The title of the little book is from a Mahatma Gandhi story: Gandhi’s train was pulling slowly out of the station when a reporter ran up to him and asked for a message to take back to his people. Gandhi wasn’t speaking that day so he hurriedly scrawled on a scrap of paper: “My life is my message.”

Easwaran has written many books on Meditation, which he says should be done half an hour a day in the morning and evening in a straight-backed chair or in another space dedicated to the process. His titles include: Gandhi the Man, The Bhagavad Gita for Daily Living, Meditation, God Makes the Rivers to Flow, Dialogue with Death, Love Never Faileth, Words to Live By, The Unstruck Bell, and many others. 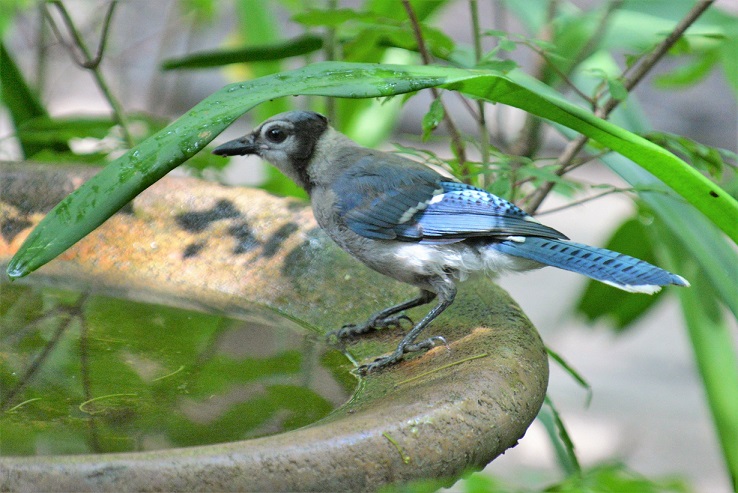 Sitting under the shade of the trees in the pleasant summer weather, I find watching the squirrels and blue jays eating peanuts and getting a drink and a bath in the birdbath sometimes just as fascinating as reading about Meditation, but still I am learning something new and improving my attitude in this locked-down world. If anything we have been given time to spend doing things at home we don’t normally do—Like READ!

Images
>Featured image: Eknath Easwaran,  copied from Media page of his organization’s website per Wikipedia, Fair use. Blue mountain background/Fabrizio Conti
>Your Life is Your Message, on Amazon, Fair use
>Bluejay and birdbath/Jim Whitaker, CC BY-ND2.0 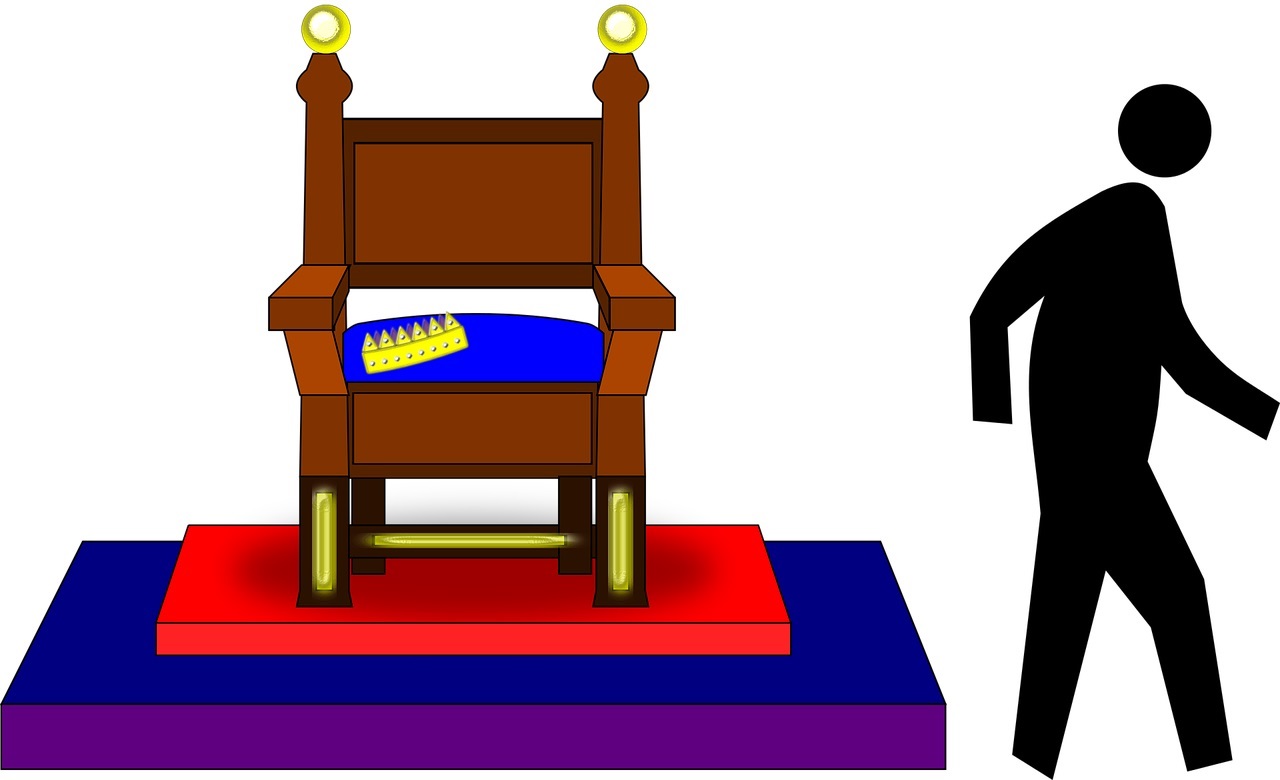 Previous article « SPAIN: THE KING WHO LEFT THE PALACE AND WALKED OUT ON THE QUEEN 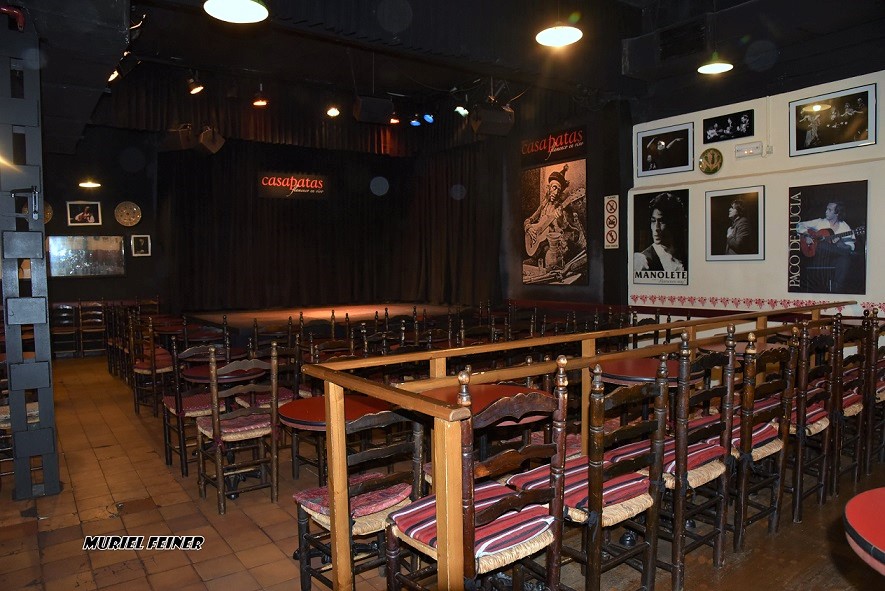