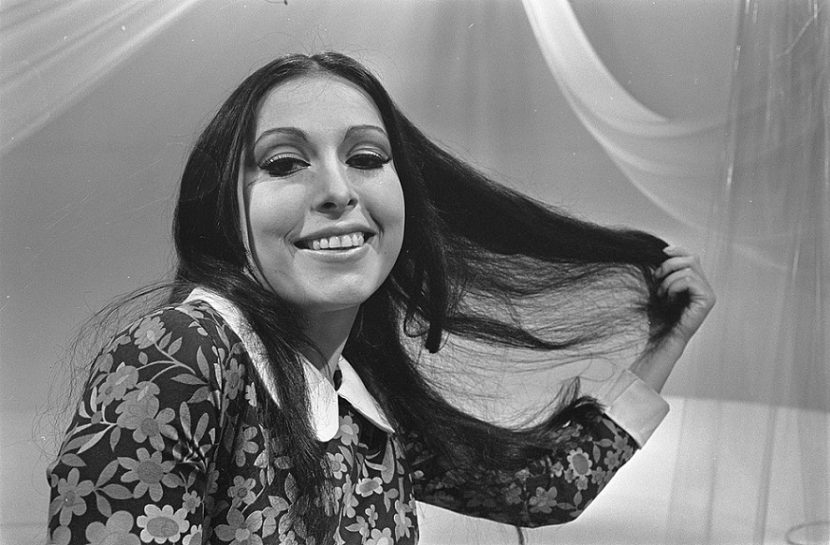 Massiel, winner of the Eurovision Song Contest, in 1968

On 14 May 2022, after two semi-finals on 10 and 12 May, the grand final of the Eurovision Song Contest, the world’s largest live music festival with more than 200 million audiences across the globe, was held in Turin, Italy. Or, as the Guinness Book of World Records attests, the Eurovision is the Longest Running Annual TV Music Competition. Eurovision premiered in 1956. 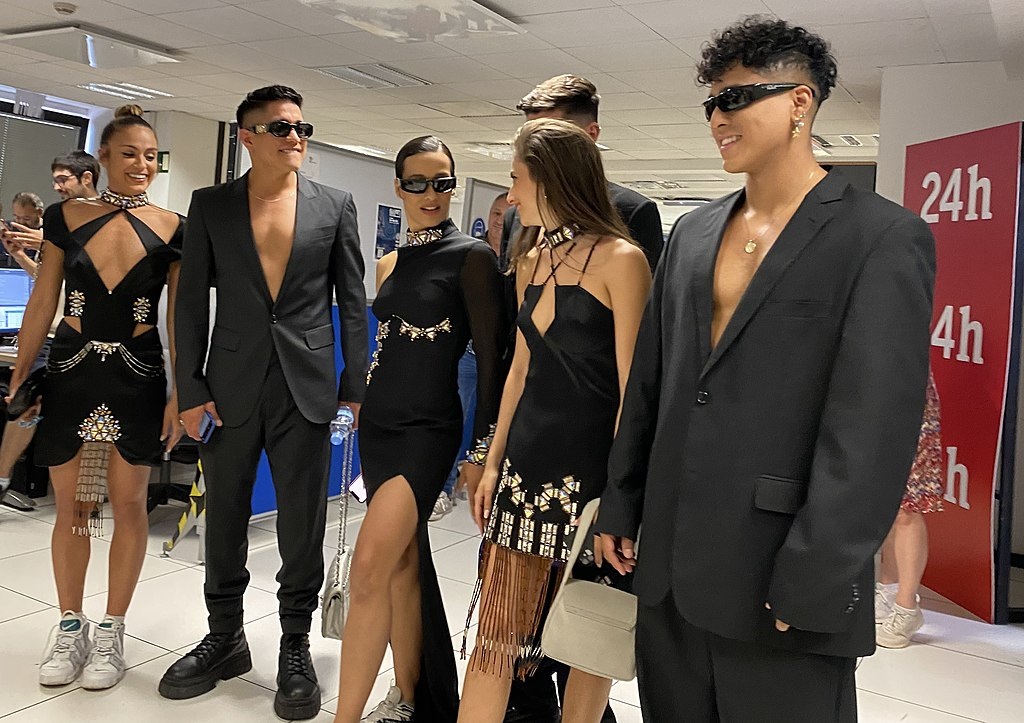 The winner of the Eurovision 2022 was Ukraine, with the Ukrainian Kalush Orchestra’s winning song “Stefania”.

Bursting with national pride, you’d think Spain bagged the Number 1 slot. The euphoria may seem incommensurate but then it was Spain’s best result since 1995! 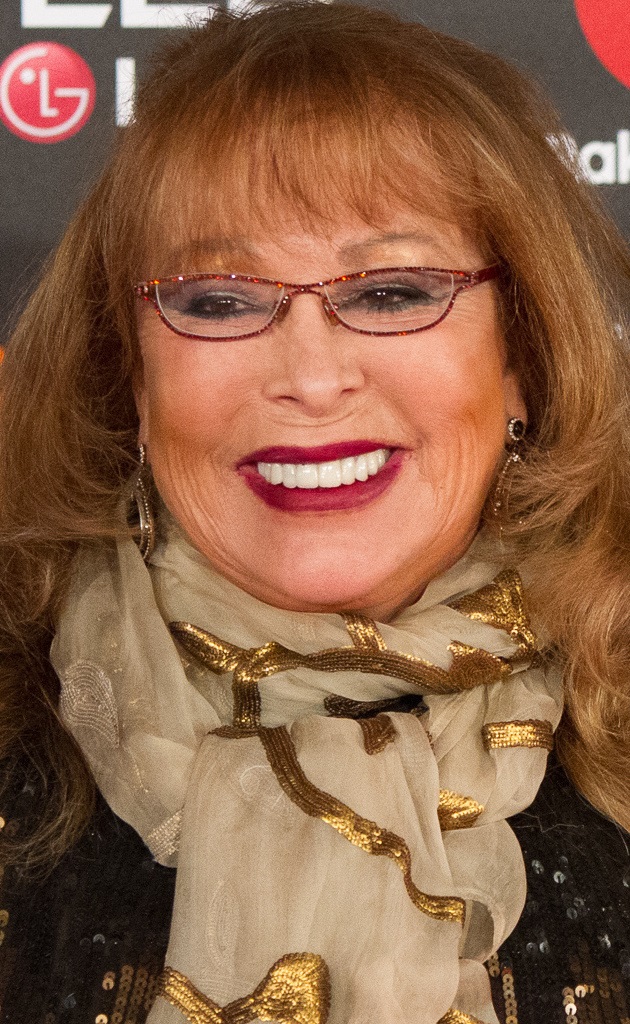 Since the country joined the Eurovision in 1961, Spain has won twice, the first win being with “La la la” sung by Massiel in 1968, and the second was right the following year, Salomé singing “Vivo cantando”. However, it was some kind of a watered-down victory; this time, Spain tied with no less than three other winners: the UK, France, and the Netherlands.

Spain was Eurovision’s first country to win twice in a row. Unfortunately, it is also, currently, the actively participating country with the longest span of barren time – a total of 53 years, from 1969 to 2022 – with no win at all.  It is therefore understandable that the country was so glad to have at least placed third in the 2022 edition of the Song Contest. 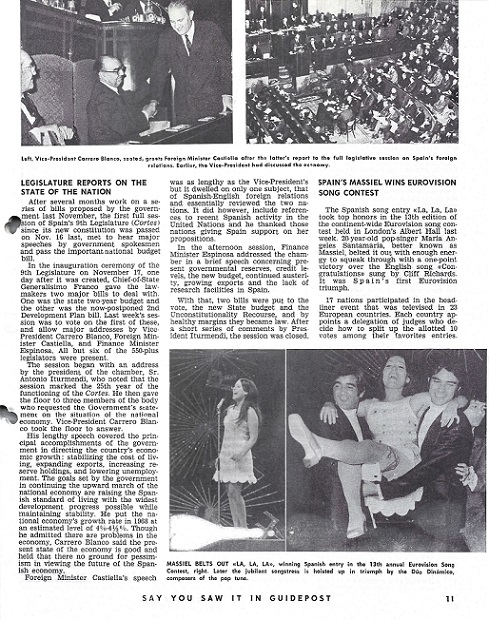 17 nations participated in the headliner event that was televised in 23 European countries. Each country appoints a delegation of judges who decide how to split up the allotted 10 votes among their favorite entries. Naturally, a country cannot vote for its own entry.

The deciding votes came at the very end of the contest when Spain apparently was in second place with 23 votes and England led with 28 (Some Spanish papers say it was 24 and 28). Germany and Yugoslavia were the last to cast their votes and Germany gave six (or five) to Spain and none to England. Since Yugoslavia voted for neither one Germany’s votes were the deciding ones, and “La, La, La”  became the continent’s hottest pop tune.

In the third place with 20 votes was the French song “La Source” sung by Isabelle Aubret and authored by Guy Bonnet, Henri Dijan, and Daniel Faure. 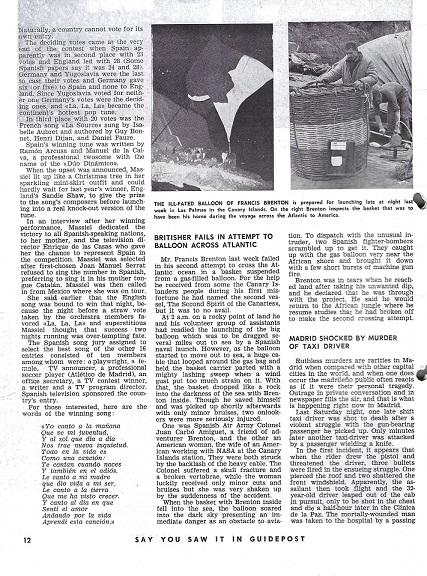 Spain’s winning tune was written by Ramón Arcusa and Manuel de la Calva, a professional twosome with the name of the “Dúo Dinámico”.

When the upset was announced, Massiel lit up like a Christmas tree in her sparkling mini-skirt outfit and could hardly wait for last year’s winner, England’s Sandie Shaw, to give the prize to the song’s composers before launching into a real knock-out version of the tune.

In an interview after her winning performance, Massiel dedicated the victory to all Spanish-speaking nations, to her mother, and the television director Enrique de las Casas who gave her the chance to represent Spain in the competition. Massiel was selected after first-chosen Joan Manuel Serrat refused to sing the number in Spanish, preferring to sing it in his mother tongue Catalán. Massiel was then called in from Mexico where she was on tour.

She said earlier that the English song was bound to win that night because the night before a straw vote taken by the orchestra members favored “La, La, La” and superstitious Massiel thought that success two nights running was over-tempting fate.

The Spanish song jury assigned to select the best song of the other 16 entries consisted of ten members among whom were: a playwright, a female, TV announcer, a professional soccer player (Atlético de Madrid), an office secretary, a TV contest winner, a writer, and a TV program director. Spanish television sponsored the country’s entry.

For those interested, here are the words of the winning song: