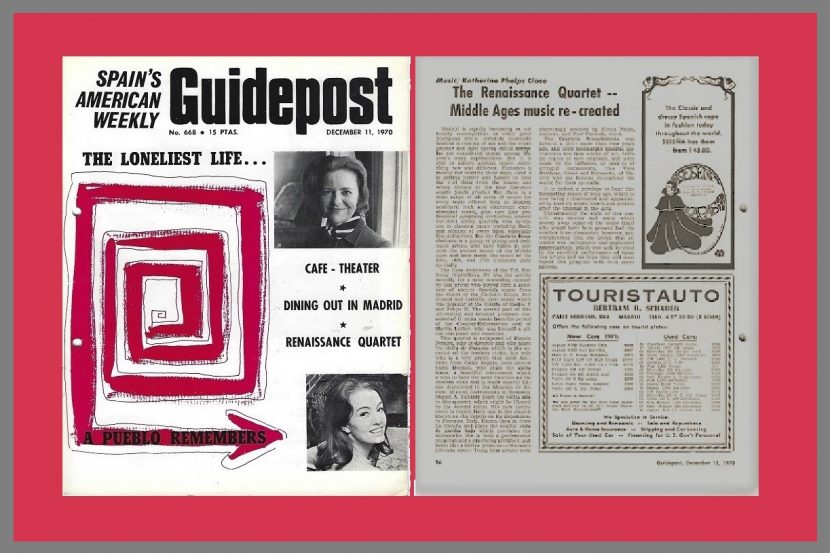 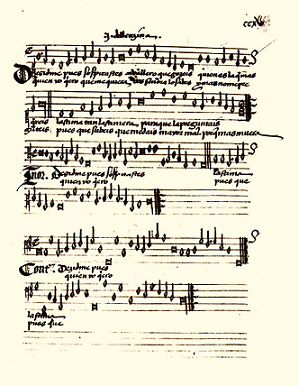 Madrid is rapidly becoming as culturally cosmopolitan as other great European cities; certainly musically Madrid is coming of age and the organ grinder and light operas called zarzuelas are considered quaint among Madrid’s young sophisticates. But it is chic to admire ancient music . . . something new and different. Flamenco is mostly for tourists these days, (and it is getting harder to hear the real thing from the hoarse and winey throats of the true flamenco  “cante jondo” greats.) But there is a wide range of all sorts of music for every taste offered here in Madrid, acid-hard rock and electronic experimental music, plus two fine professional symphony orchestras, several excellent string quartets who specialize in classical music including Bach, and soloists of every kind, especially fine guitarists. But the Cuarteto Renacimiento is a group of young and dedicated artists who have fallen in love with the ancient music of the Middle Ages and have made the music of the 15th, 16th, and 17th centuries their specialty.

The Casa Americana of the U.S. Embassy (Castellana, 37) was the setting recently for a most rewarding concert by this group who played first a selection of ancient Spanish music from the Court of the Catholic Kings, Ferdinand and Isabella, then music which was popular at the courts of Carlos V and Felipe II. The second part of this interesting and unusual program consisted of German music from the period of the Counter-Reformation and of Martin Luther, who was himself a gifted composer and musician. 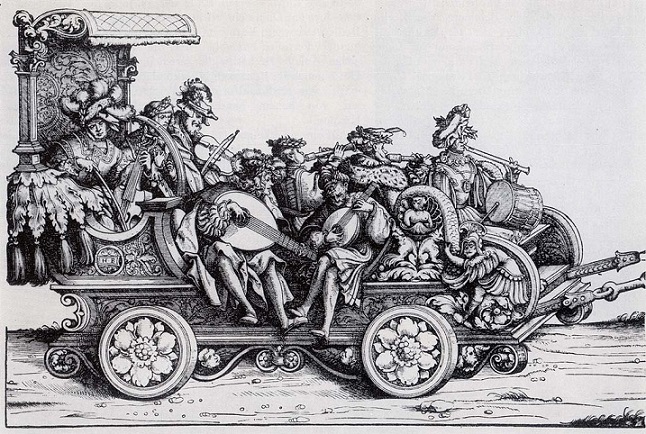 Renaissance musical instruments on a float

This quartet is composed of Ramón Perales, who is director and who plays the viella de discanto which is the ancestor of the modern violin; his wife who is a very pretty blue-eyed American from Cedar Rapids, Iowa named Carol Donnel, who plays the viella tenor, a beautiful instrument which seems to have the same function as the modern viola and is made exactly like one discovered in the Museum of Ancient Musical Instruments in Brussels; Miguel A.Tallante plays the viella alto in this quartet, which might be likened to the second violin. His rare instrument is copied from one in the church known as “la Capilla de los Españoles” in Florence, Italy. Emma Ojea is from La Coruña and plays the soulful viola de gamba bajo which pre-dates the violoncello. She is both a professional musician and a practicing architect, and looks like a Gothic princess-(Women’s Lib take note!) These four artists were charmingly assisted by Elvira Padin, soprano, and José Foronda, tenor.

The Cuarteto Renacimiento was formed a little more than two years ago, and their fascinating musical instruments are true works of art, faithful copies of rare originals, and were made by the luthiers, or makers of stringed instruments, the Vera Brothers, César and Fernando, of Madrid who are famous throughout the world for their specialty. 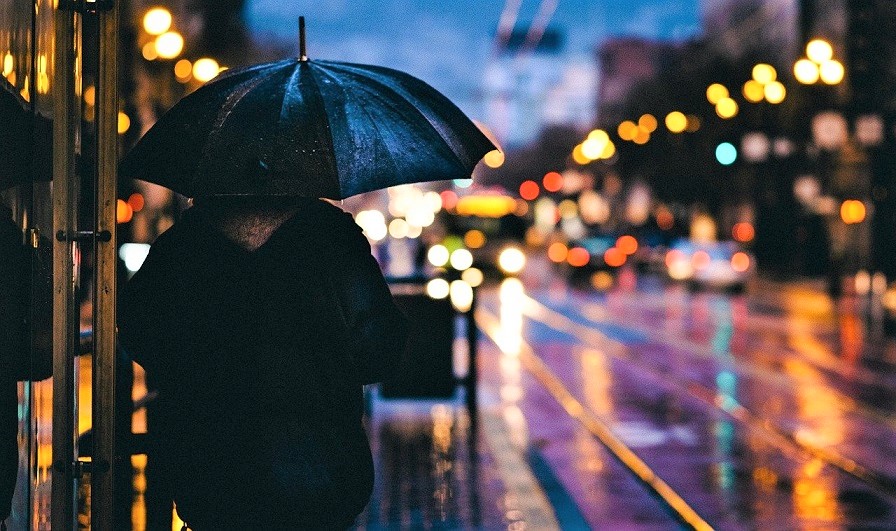 It is indeed a privilege to hear this fascinating music of long ago, which is now being rediscovered and appreciated by modern music lovers and seekers after the unusual in the Arts.

Unfortunately, the night of this concert was stormy and rainy which scared away some of the more timid who would have been present had the weather been pleasanter, however, notwithstanding this, the group that attended was enthusiastic and applauded appreciatively, which was well merited by the excellent performance of these fine artists and we hope they will soon repeat this program with even more success. 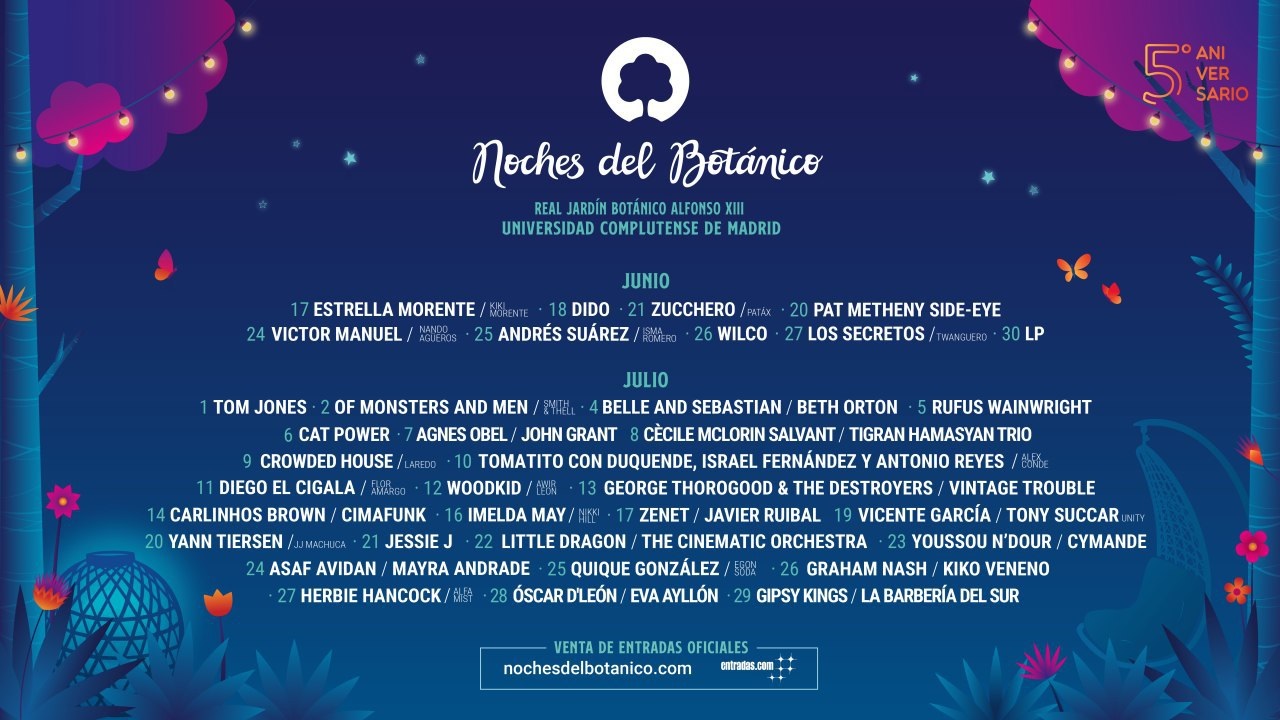