A GUIDEPOST REPRINT: “THE ORIGINAL TOURIST IN SPAIN”, 5 May 1967, Second Installment

If it were no more than the earliest comprehensive account of Spanish travels that exists in English, “Gatherings from Spain” would still be worth reading. But Ford´s exuberant style lifts it well above the level, and by itself should have won him a niche among 19th-century prose-writers. Not only is he a master of vivid description, but his strong personality, his deep love of Spain, his zest for living, and, we must add, most of the attitudes of an upper-class English protestant of the time, are stamped on every page.

Let us look more closely at this forgotten book. A few characteristic passages put across its racy flavour—that raciness which so much endeared Spain to Ford.

“Spain is Spain”, he wrote, “a truism which cannot be too often repeated; and in its being Spain, consists its originality, its raciness, its novelty, its idiosyncrasy, its best charm and interest, although the natives do not know it, and are every day, by a foolish aping of European civilization, paring away attractions, and getting commonplace, unlike themselves, and still more unlike their Gotho-Moro and most picturesque mothers and fathers.” As we shall see, Ford insists throughout his work on the Moorish, Oriental ancestry of the Spanish, which makes them more a part of Africa than of Europe.

Unlike Borrow, Ford had the good luck to visit Spain before the Civil War broke out in 1834, on the accession to the throne in 1833 of the infant Isabella, whose title was disputed by the dead king´s brother, Don Carlos. While the confusion of Civil War adds excitement to Borrow’s pages, the conditions of peace lend veracity to Ford’s. 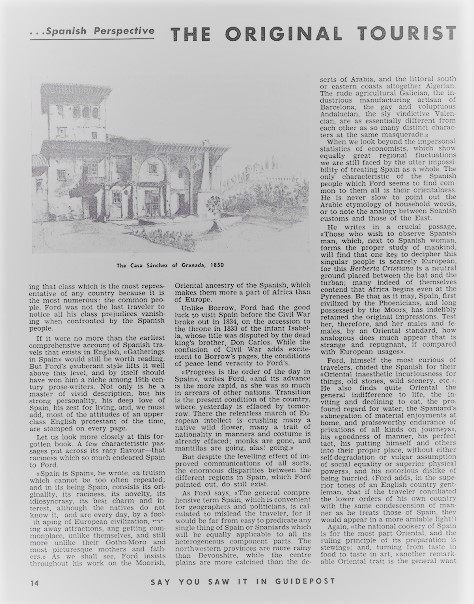 “Progress is the order of the day in Spain”, writes Ford, “and its advance is the more rapid, as she was so much in arrears of other nations. Transition is the present condition of the country, where yesterday is effaced by tomorrow. There the relentless march of European intellect is crushing many a native wild flower, many a trait of nationality in manners and costume is already effaced; monks are gone, and mantillas are going, alas! going.”

But despite the leveling effect of improved communications of all sorts, the enormous disparities between the different regions in Spain, which Ford pointed out, do still exist.

As Ford says, “The general comprehensive term Spain, which is convenient for geographers and politicians, is calculated to mislead the traveler, for it would be far from easy to predicate any single thing of Spain or Spaniards which will be equally applicable to all its heterogeneous component parts. The northwestern provinces are more rainy than Devonshire, while the centre plains are more calcined than the deserts of Arabia, and the littoral south or eastern coasts altogether Algerian. The rude agricultural Galician, the industrious manufacturing artisan of Barcelona, the gay and voluptuous Andalucian, the sly vindictive Valencian, are essentially different from each other as so many distinct characters at the same masquerade.”

When we look beyond the impersonal statistics of economists, which show equally great regional fluctuations, we are still faced by the utter impossibility of treating Spain as a whole. The only characteristic of the Spanish people which Ford seems to find common to them all is their orientalness. He is never slow to point out the Arabic etymology of household words, or to note the analogy between Spanish customs and those of the East.

He writes in a crucial passage, “Those who wish to observe Spanish man, which, next to Spanish woman, forms the proper study of mankind, will find that one key to decipher this singular people is scarcely European, for this Berbería Christiana is a neutral ground placed between the hat and the turban; many indeed of themselves contend that Africa begins even at the Pyrenees. Be that as it may, Spain, first civilized by the Phoenicians, and long possessed by the Moors, has indelibly retained the original impressions. Test her, therefore, and her males and females, by an Oriental standard, how analogous does much appear that is strange and repugnant, if compared with European usages”.

Ford, himself the most curious of travelers, chided the Spanish for their “Oriental inaesthetic incuriousness for things, old stones, wild scenery, etc.” He also finds quite Oriental the general indifference to life, the inviting and declining to eat, the profound regard for water, the Spaniard´s “abnegation of material enjoyments at home, and praiseworthy endurance of privations of all kinds on journeys”, his “goodness of manner, his perfect tact, his putting himself and others into their proper place, without either self-degradation or vulgar assumption of social equality or superior physical powers”, and his notorious dislike of being hurried. (Ford adds, in the superior tones of an English country gentleman, that if the traveler conciliated the lower orders of his own country with the same condescension of manner as he treats those of Spain, they would appear in a more amiable light!). Please proceed to the last installment of “The Original Tourist”.

Ed’s note: Due to its unusual length, we are bringing “The Original Tourist” to you in three installments. This way, we hope you’ll enjoy this vivid and entertaining article better. 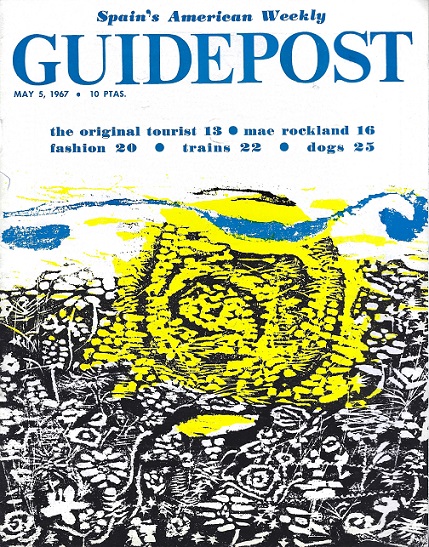 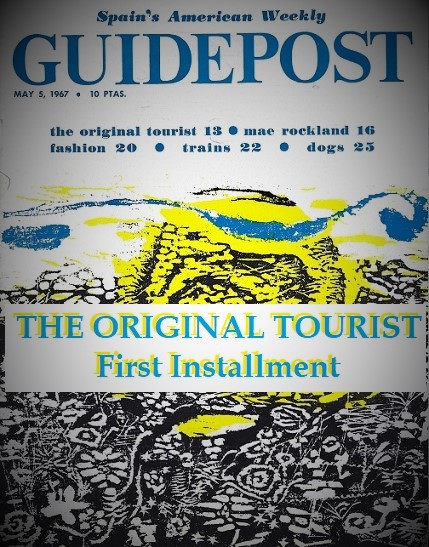 Previous article « A GUIDEPOST REPRINT: “THE ORIGINAL TOURIST IN SPAIN”, 5 May 1967, First Installment

Next article A GUIDEPOST REPRINT: “THE ORIGINAL TOURIST IN SPAIN”, 5 May 1967, Last Installment »