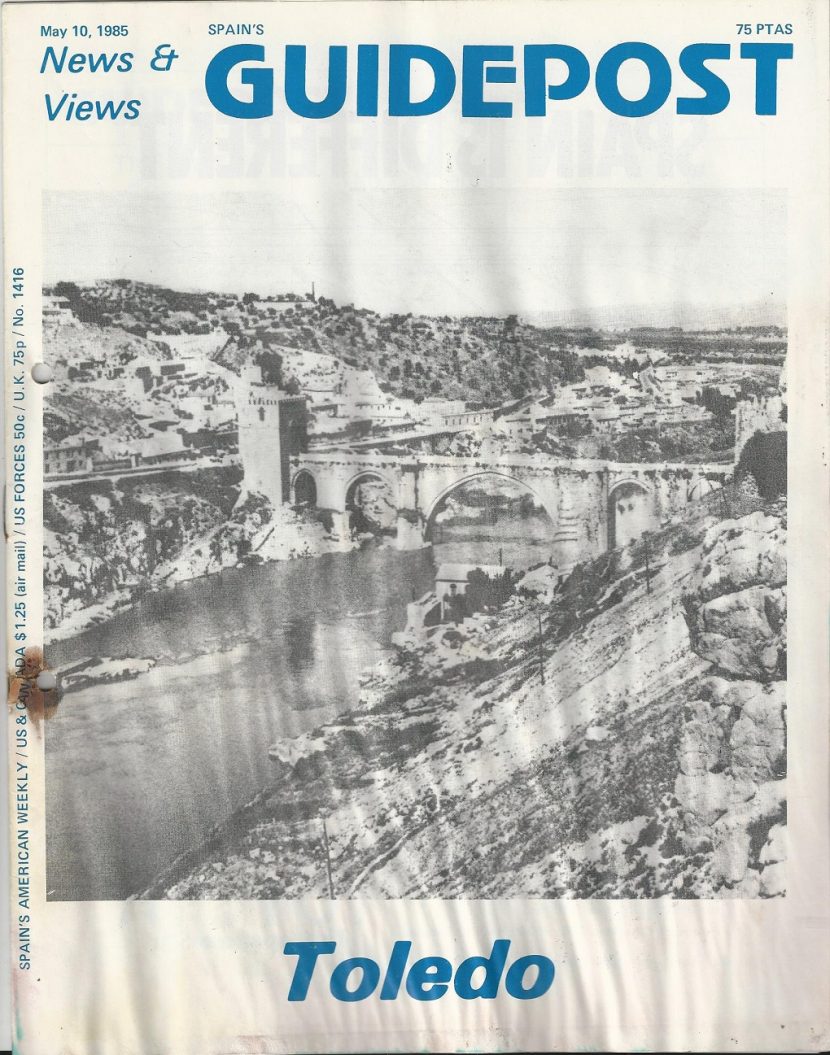 A GUIDEPOST REPRINT
Ed’s note: A unique, rivetting, witty, and even partly hilarious account of the historic days immediately following the end of the 8-year negotiation for Spain’s membeship in the European Common Market
Spain became a member of the European Communities on 1 January 1986.

COMMON MARKET NOTEBOOK:
The EEC? I thought we were on another planet

Now that dust has settled over Spain’s eight-year negotiations with the Common Market and it seems certain that the final treaty will be signed on June 12, still with an eye on membership by January 1 next year, one of the chief Spanish negotiators has felt free to unbutton himself a little and speak frankly about his European colleagues, especially the ones from the north.

King Juan Carlos congratulates Marin after the ardous, and sometimes hilarious, negotiations for Spain’s membership in the EEC

Manuel Marin, the tall, bearded Spanish Secretary of State for European Community Affairs, sat in a Retiro open air café, wearing a sweater and suede jacket instead of the habitual suit which has characterised him as “the briefcase man” in the Spanish press and summed up the negotiations: “It was difficult and freakish work.”

The 35-year-old Marin, who was at the sharp end of most of the negotiations with Foreign Minister Fernando Moran jetting in to Brussels from Madrid when things hotted up, went on: “If the Spanish public saw a video of the negotiations, they wouldn’t believe it. Many times I had the impression myself that we were on another planet.

“For example,” he said, “We wasted a whole morning and part of the afternoon defending the horned viper, a kind of snake which is protected in Spain. You wouldn’t believe the effort we had to make to explain that we wanted to save this little animal because of its ecological and scientific interest.

“No way. According to the negotiators from the other countries, everything lethal has to disappear from Europe. Fortunately, we saved it.”

Another strange situation was when the negotiators were discussing textile exports. “We spend four days trying to save Spanish linens, above all, underwear,” Marin said. “You should have seen the Spanish delegation, with Fernando Moran at its head, singing the praises of cotton panties.”

But he added: “The truth is that afterwards, talking about it among ourselves, we laughed a lot.”

Asked if the Spanish delegation had a difficult time in understanding their northern European counterparts, Marin said, “Sometimes you’d wind up going crazy, trying to talk to some interlocutor with a Calvinist, Lutheran mentality.

“But we were lucky that the head of the negotiations was an Italian. We understood each other well – we Latins see more eye to eye on things.” 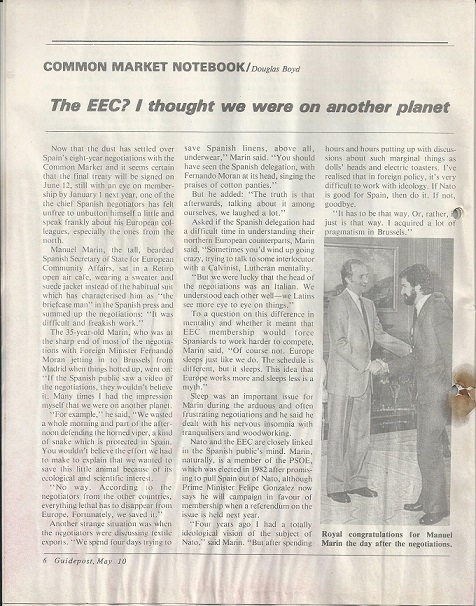 To a question on this difference in mentality and whether it meant that EEC membership would force Spaniards to work harder to compete, Marin said, “Of course not. Europe sleeps just like we do. The schedule is different, but it sleeps. This idea that Europe works more and sleeps less is a myth.”

Sleep was an important issue for Marin during the arduous and often frustrating negotiations and he said he dealt with his nervous insomnia with tranquilisers and woodworking.

NATO and the EEC are closely linked in the Spanish public’s mind. Marin, naturally, is a member of the PSOE, which was elected in 1982 after promising to pull Spain out of NATO, although Prime Minister Felipe Gonzalez now says he will campaign in favour of membership when a referendum on the issue is held next year.

“Four years ago I had a totally ideological vision of the subject of NATO,” said Marin. “But after spending hours and hours putting up with discussions, about such marginal things as dolls’ heads and electric toasters, I’ve realised that in foreign policy, it’s very difficult to work with ideology. If NATO is good for Spain, then do it. If not, goodbye.

“It has to be that way. Or, rather, it just is that way. I acquired a lot of pragmatism in Brussels.” 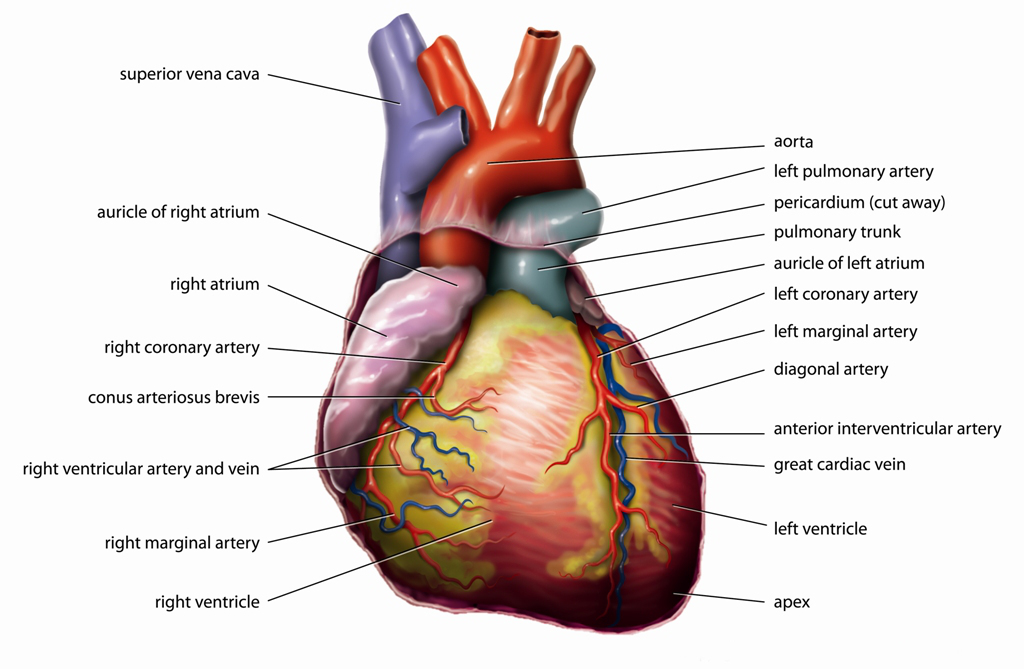 Next article THE HEART OF THE MATTER! »