A GUIDEPOST REPRINT: THE DOÑANA NATURAL PARK 3O YEARS AGO (The Park’s Still There!)

The dunes are unique. They move from the beach to the river

Spain is a country that has many things to offer everyone. There are beautiful cities, like Granada, Córdoba, Sevilla, Toledo, Segovia, Avila, Salamanca and Santiago de Compostela, big cities, full of excitement like Madrid and Barcelona. And there are marvelous beaches and mountains visited by tourists from many different places.

There is, however, one area that does not get so much attention in Spain: The National Parks.

In order to enjoy the visit to the National Parks and see the most of them, some information should be gathered in advance. The trips should also be well planned. . .

This is the largest National Park in Spain, with an area of 292 sq. miles (75,765 Ha). It was [granted the status of national park] in 1969. It is, perhaps, the best known National Park inside and outside of Spain . . . It was linked to rich families and royal huntings, and it has been considered a Paradise, where Nature is practically intact.

About half of the park belongs to the National Trust; most of the Park is still private property. The Park corresponds mainly to a humid ecosystem with swamps where many birds live and reproduce. It resembles the Everglades National Park in Florida.

There are three different parts in the park: the swamps, the dunes and the forest. The swamps cover the largest area of the Park; some of them may get dry during the summer, thus reducing their extension. There are 125 species of birds living permanently in the Park and around 150 species stay part of the winter during the migration period. Among these species there are flamingos, storks, ducks and imperial eagles.

The second part of the park is composed of the dunes which are unique as they move from the beach to the river. The sand comes from the beach and the wind moves it slowly inland until the dunes reach the Guadalquivir River. Then the river transports the sand back to the sea. The dunes almost totally cover the vegetation as they move. After they pass, dead pine trees can be observed. These dunes are of unusual beauty, like a small desert inside the Park. Part of the movie “Lawrence of Arabia” was filmed in this part of the Doñana National Park.

Finally, the third part of the park corresponds to the forest that is located in between the dunes and the swamps. The forest has oak trees, cork oak tress, pines, eucalyptus, and many bushes like myrtle and mistic. Many mammals and reptile live in this area: deer, boar, lynx, hare and fox.

HOW TO VISIT THE PARK

. . .The entrance to the park is free, the guided tour cost 1,500 Ptas. per person. For the guided tour reservations should be made well in advance . . . The visiting hours change with the seasons . . .

Location of the Doñana as shown in Guidepost 1 August 1986

To arrive at the park, take Highway A-49 between Sevilla and Huelva, or route N-431. About half of the way between Sevilla and Huelva, take the C-445 South to Bollullos del Condado and Almonte. After passing El Rocío (25 Kms. off the Highway) is “La Rocina” Information Center on the right side of the road. From this Center you can go to the “El Acebrón” Palace. To go to “El Acebuche” Visitor Center then continue on road C-445 South for another 10 Kms. The Visitor Center is also on the right side of the road.

“El Rocío” is a small town with a very famous church, where a big Romería [pilgrimage] is celebrated in May. During the Romería the place will be very, very crowded, dusty and noisy, and therefore perhaps best avoided during those days.

The monastery of “La Rábida”, 36 Kms. from Matalascañas on the road to Huelva, is worth a visit. This place is related to Christopher Columbus and the discovery of the Americas in 1492. A few kilometers from the monastery, already in Huelva, is the monument to Columbus on a cape at the Huelva bay.

Finally, if time permits a visit to Sevilla and Jerez de la Frontera could be included and crowned with a little sherry tasting at one or two (only?) of the many bodegas in the area.

Previous article « STATESIDE STORIES: Will the VPs swing the election? 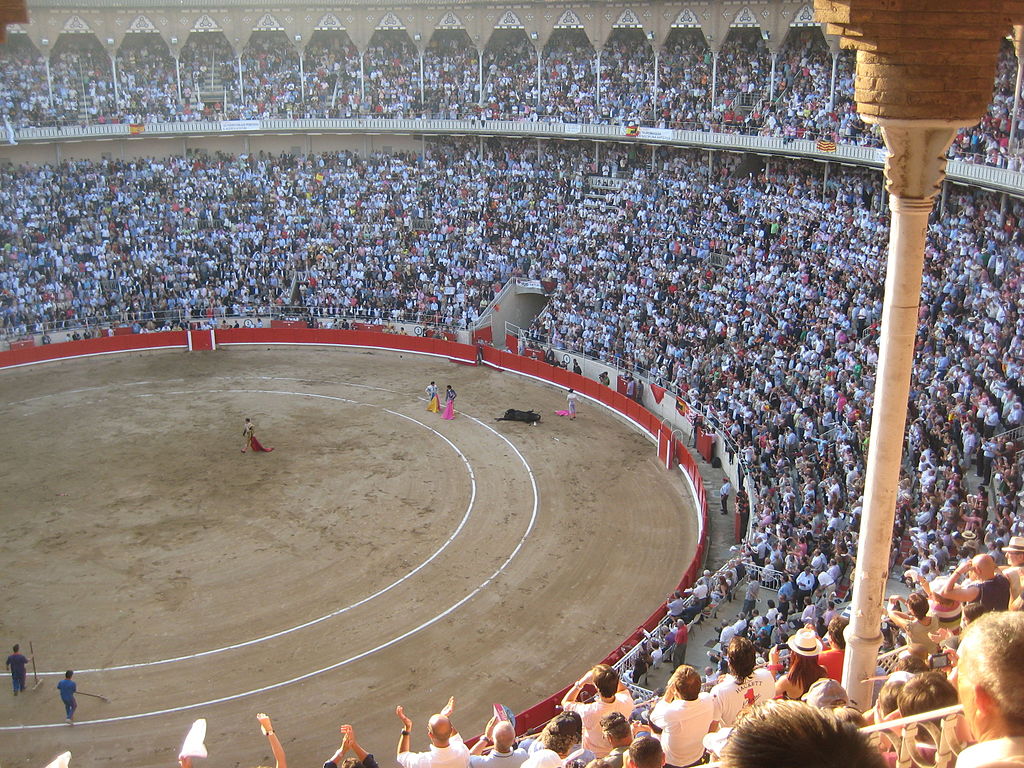