Looking up into the dome of the monumental church, the visitor’s attention is caught by scenes from
the life of the Virgin below which is the choir loft with its magnificent twin organs

The year 1217. A day in early April. The Castilian sun blazes across the land. A lone figure trudges resolutely toward Madrid. Many weary miles behind him lay Santiago de Compostela. He tops a ridge and halts. Magerit* stands before him, with a tall Moslem fortress dominating the landscape. Houses like baby chicks cluster in its all protecting shadow.

Magerit. Freed not two hundred years since from the domination of the Arabs. This was to be his new home.

He hurried his pace, his rope-tied wooden sandals rasping against an occasional rock. His sack-like garment flaps loosely. A trail of dust follows respectfully in his wake. 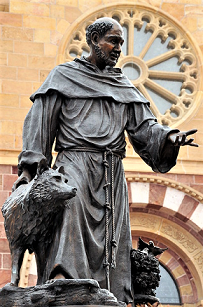 Thus Saint Francis of Assisi, Saint Francis the Great, entered Madrid. Thus begins the story of San Francisco El Grande, Madrid’s most famous church. In the 750 years that followed, many changes were to take place in Madrid and in the world.

Today the church is situated at the end of Calle de Bailén, a short way up from the Royal Palace, in the Plaza of San Francisco El Grande.

On the spot where the church stands today, St Francis erected a small hut. This humble dwelling became a small monastery and refuge for the poor. In the fourteenth century, it was replaced by a larger one. Again, in 1617, it was remodeled and enlarged. During the 17th century, it was one of Madrid’s most popular churches. It contained many fabulous tombs, including that of the wife of King Henry IV.

Finally, in 1760, the older buildings were razed, in order to make way for a more magnificent structure. The one that stands today.

Plans for the church were drawn up by the famous architect Ventura Rodriguez, who is responsible for many of Madrid’s famous landmarks. His plans were not followed completely as work began under the direction of Friar Francisco Cabezas. Before the church was completed, Ventura Rodriguez’s design was modified by Francisco Sabatini, another of Madrid’s famous architects. 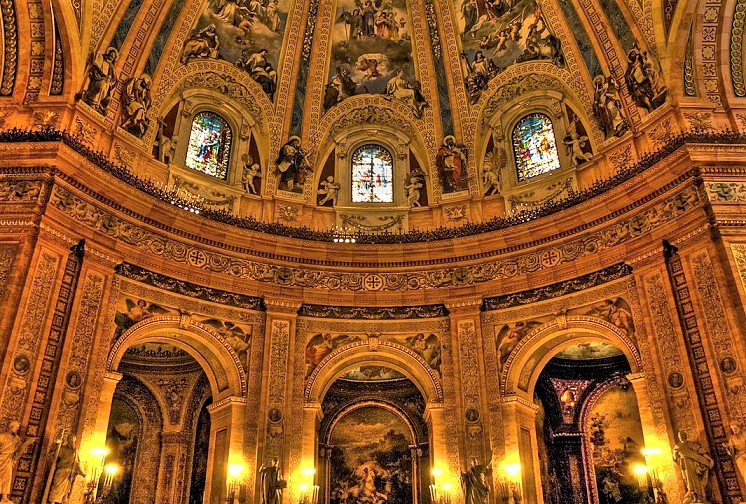 The dome of the Basilica measures 107 feet across, larger than St. Paul’s of London and the Invalides in Paris

The church was built in a Greco-Roman style, in the form of a huge circle. Seven chapels are built around the center. The dome, its most striking single feature, measures 107 feet across, larger than St. Paul’s of London (102 feet) and the Invalides in Paris (79 feet). The design for the dome was done by Miguel Fernández.

King Joseph Bonaparte, during his brief but turbulent reign, tried to convert the church into a session hall for Parliament. However, before his plans could be carried out, he was forced to flee Spain.

It was also for a time the National Pantheon and many of the nation’s illustrious dead were buried there. Later, since it did not meet with all the specifications for a National Pantheon, it was opened to regular worship.

Between 1878 and 1889, it underwent final restorations. Two leading nineteenth-century artists, Carlos Rivera and José Contreras were employed to supervise the overall restoration.

The doors at the entrance were carved by Antonio Varela; the main panel represents the crucifixion of Christ, while the other segments depict scenes from the Bible. 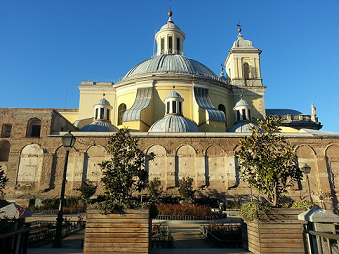 In 1760, the older buildings were razed to make way for a more magnificent structure. The Basilica that stands today.

The first thing that strikes one’s attention upon entering is the wealth of statues and other ornamentation. Statues of the twelve apostles, by such men as Bellver, Benlliure and Sunol (leading sculptors of the 19th century) are placed at intervals round the circle.

Looking up into the dome the visitor’s attention is caught by the seven windows, designed by Contreras, depicting scenes from the life of the Virgin. The dome itself is divided into eight panels, with a section for the high altar and one for each of the seven chapels. The section above the altar depicts the Assumption of the Virgin as painted by Plasencia. The other panels are by Domínguez, Ferrant, Jover and Martínez Cubells.

Three of the more interesting chapels are Capilla Mayor, or Main Chapel, with its ancient chair stalls taken from the Monastery of El Paular near Segovia; the Chapel of the Military Orders, with the painting of “St. James and the Battle of Clavijo,” the last work of the well known nineteenth-century painter Casado del Alisal, and, thirdly, the chapel of San Bernardino of Siena with its painting of the same name by Francisco Goya. 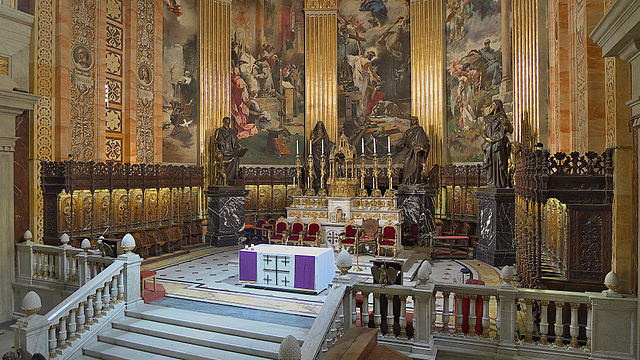 The choir loft with its magnificent twin organs and the painting “The Burial of St. Francis “, as done by Rivera and Plasencia, is also not to be missed, and lastly the Sacristy with its paintings, frescoes and the marvelous decorative work.

This is only a small portion of what is to be seen. The church is used for many State occasions, such as the recent requiem mass for Premier Salazar of Portugal. It is as a museum from 11 to 1 and from 4 to 7 Tuesdays through Saturdays.

*Magerit is the ancient Celtic name of Madrid in the 9th century AD, meaning “Place of abundant water”. Magerit was a fortress on the Manzanares River. 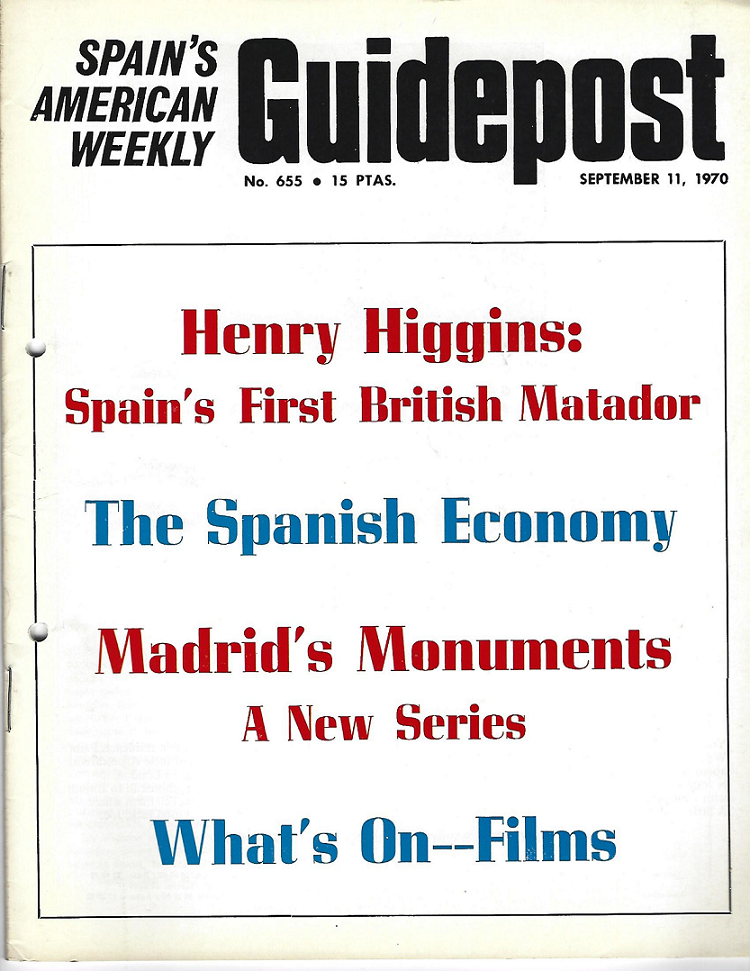 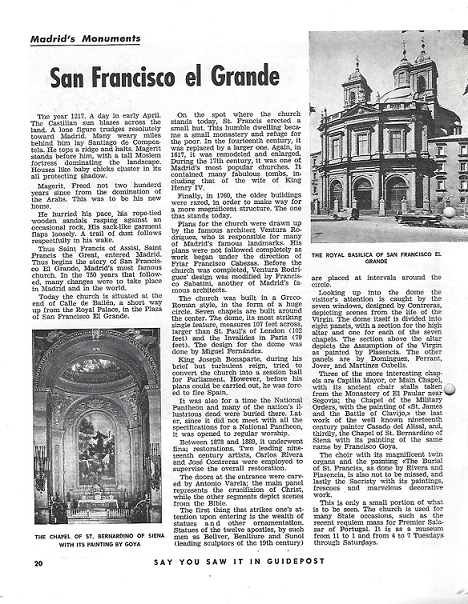 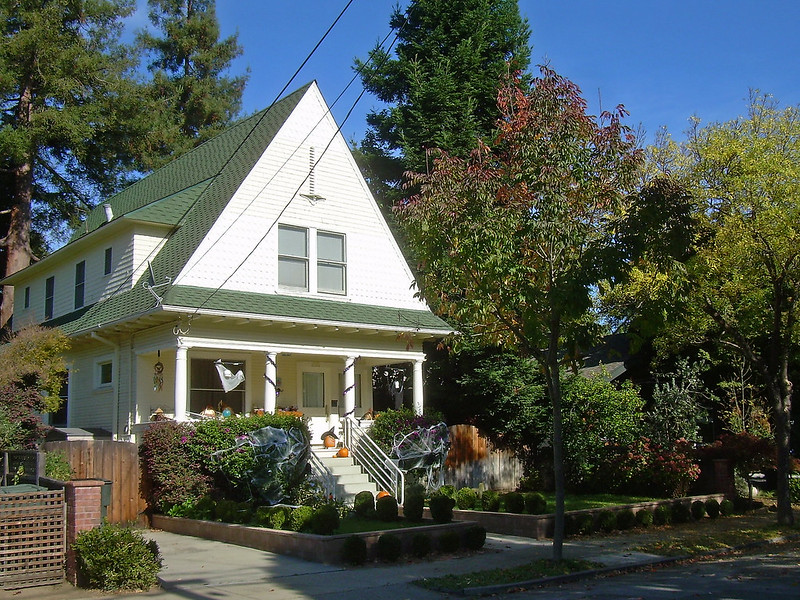