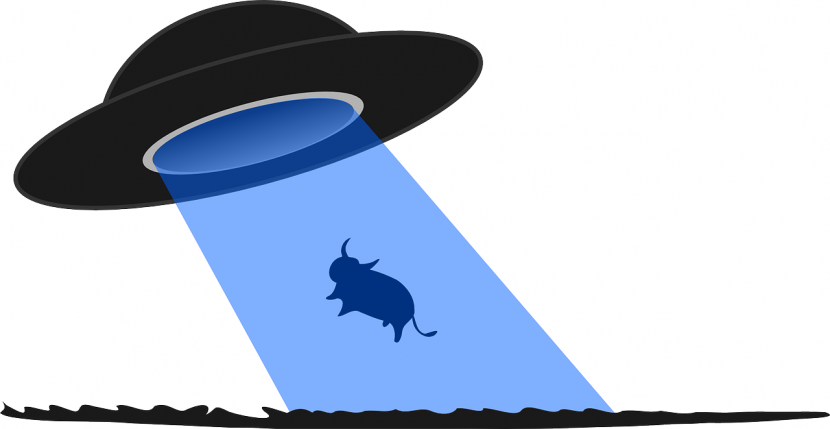 In future: Artificial satellite over Las Ventas, the present site of our main Plaza de Toros 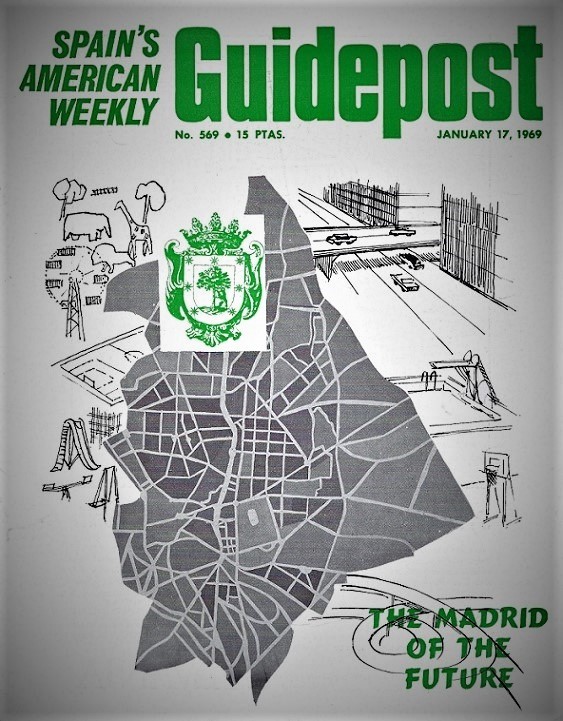 “The Madrid of the Future” is a subject which I prefer not to contemplate until I have lowered several stiff slugs of coñac. As probably the oldest surviving foreign resident in the Spanish capital—and there are some people who question the accuracy of that word “surviving” — I´ve seen some horrific changes here, man, boy and fossil. 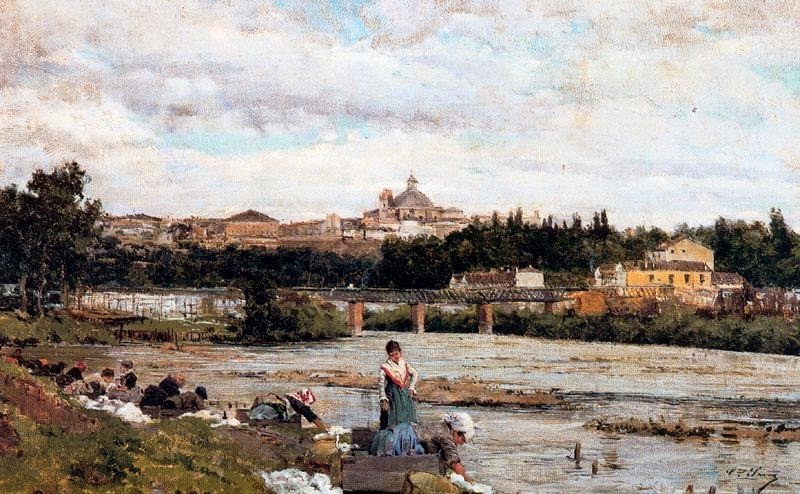 When I first arrived in Madrid, it was a simple unspoiled little fishing village on the banks of the Manzanares. The population was then just under 300, if you didn´t count the wild bears who would amble into the tapa bars around Echegaray. There were no traffic or parking problems, because, I suppose, we hadn´t yet invented the wheel. You could buy a magnificent nosh of ice age langosta and mammoth steaks, unlimited wine and bread included, for one clam shell.

But then Spain got hooked on Tourism. We had the Phoenicians, the Romans, the Vandals (still, I regret to report, with us) and, if my memory serves, even the Visigoths. Foreign tourists are all very well, I suppose, but they play hell with the cost of living price index of old residents like myself. I´ll never forget the shock when I went into one of my favorite bars 2,000 years ago (no dammit, even more recently), and the barman charged me 2 clams (exactly double) for a goblet of vino corriente. “It´s imported Falernian wine,” said the smoothy behind the bar. A damn lie, as I knew very well, because in those days at least I could distinguish between a sound or dinary Valdepeñas and that overpriced chi-chi muck sold in those fancy amphorae. 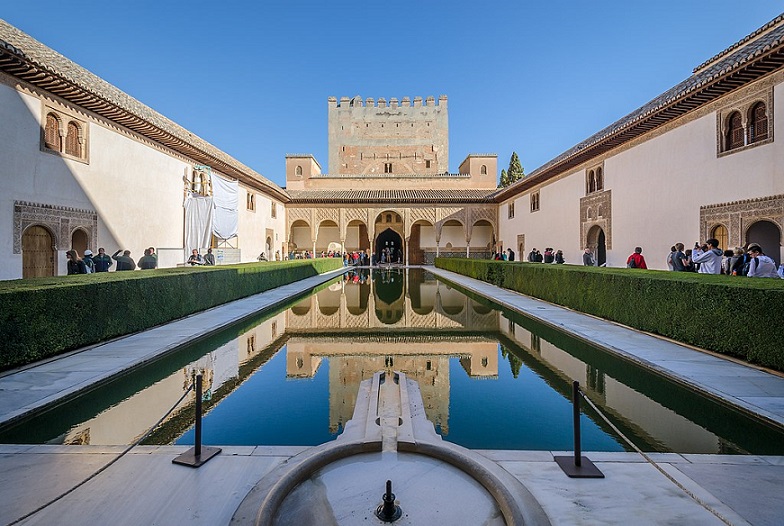 The Court of the Myrtles in the Moorish palace-fortress Alhambra: “Moors won´t put up with Spanish plumbing. They insist on hot and cold running fountains in every patio.”

Perhaps the Moors were the worst influence of all. They came over on those cheap 700 year package tours, and expected to find everything in Spain just the way it was back home. The head of the Moorish Express Tourist Agency told me at the time: “Moors won´t put up with Spanish plumbing. They insist on hot and cold running fountains in every patio.” Why they didn´t just stay home in Fez, I´ll never understand.

So now I´m supposed to speculate what Madrid will be like in the future. With an estimated population of 3 billion, and with half a dozen Seat 600 hovercraft per madrileño, I imagine there may be a few minor problems in store for the Alcalde in the year 2001. The whole peninsula will be undermined by 100 layers of underground car parks, and Torremolinos and San Sebastián will just be suberbs of the capital. But I think some of the old attractive customs will remain.

Take bullfighting, for example. My prediction is that there will be an artificial satellite in permanent stationary orbit over Las Ventas, the present site of our main Plaza de Toros. It will be called the Monumental Platillo Volante de Toros. It will be connected with the city by Metro rockets blasting off every 5 seconds. I hope I will live long enough to attend a corrida at Madrid´s Plaza of the future. It will certainly introduce some new intriguing elements to the art of tauromachy. Remember, the bullring of the space age will not be subjected to the laws of gravity. Both toro and torero will hover over the artificial arena, unimpeded by the physical limitations which today restricts the “tremendismo” of some of our hightest paid figures. Both men and bulls may have to be equipped with tiny rocket engines. The bulls’ rockets, of course, will be painted in the colors of the ganadero; the bullfighter will wear cohetes de luces. But we can look forward to some fascinating faenas. 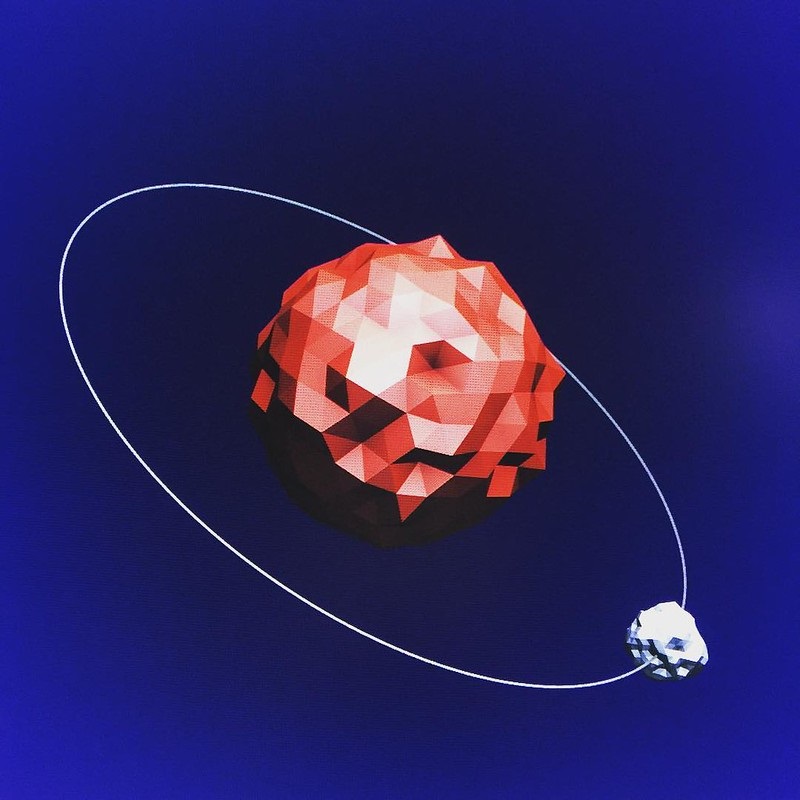 At the San Isidro corrida: “El Ovni’s sword strikes bone and he springs off into perpetual orbit”

I can imagine a corrida during San Isidro in the next century. A las cinco de la tarde, Central Universe Time, Manuel Benítez “El Ovni” approaches his enemy, a dangerous —weightless— 60 kilo Muira from Venus. It’s one of those difficult bulls, a toro de querencia, and it so happens that the querencia of this particular bull is 5,000 kilometers above the andanadas, which makes it difficult both for the torero and the public. But El Ovni decides to kill recibiendo. The Moment —Central Universe Time — of Truth! He goes in valiantly over the horns, but he is unlucky. The sword strikes bone and—binnnng!—he springs off into perpetual orbit.

There´s another aspect of Madrid of the future which provides a deep thinking, deep drinking old clot like me with vast room for speculation. I imagine you will all be fascinated to hear my predictions regarding the political situation in Spain and her capital a thousand years hence.

In my sincere and well-considered opinion…what´s that, Mr. Editor? You feel that the readers wouldn´t be terribly interested? Ah well, perhaps you’re right… 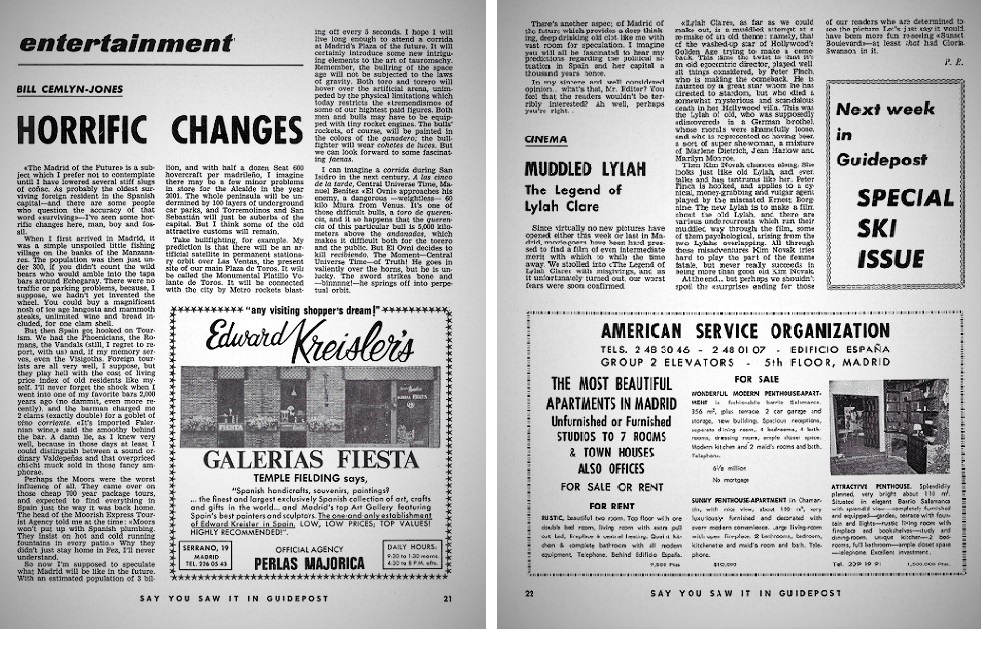 Previous article « THE STUNNING PUY DU FOU: NOTHING LIKE IT!

Next article THE KYIV BALLET PIROUETTES INTO THE HEART OF SPAIN »