The Guardia Civil (Civil Guards) in a parade in San Sebastian, the Basque Country, 1942.

Spain’s paramilitary Civil Guards [Guardia Civil] are still having problems adjusting to the nation’s new democracy, according to a report just published. The corps, famous for its patent leather hats and olive-green uniforms, has come under increasing scrunity since the death of Francisco Franco in 1975.

A Civil Guard in full dress uniform during the Fiesta Nacional celebrated on 12 October 2013 in Madrid.

According to Diario 16, the corps’ recently-appointed liberal commander, Lt. General Jose Saenz de Santa Maria, has ordered a crackdown on Civil Guards who exceed their authority.

Last year, says the paper, 151 non-commissioned officers and men were expelled from the service for “abuses of power”. A further 156 were transferred to other posts and 2,501 were disciplined.

This represents 3.5 per cent of the 70,000-strong force, responsible for patrolling Spain’s rural areas and guarding official buildings.

Santa Maria was commander of the National Police, who remained loyal to the government when a group of Civil Guards held the Government and Congress hostage in an abortive coup attempt on February 23, 1981.

Bullet holes on the ceiling of the Congress of Deputies’ Plenary Hall from guns fired into the air during the attempted coup d´etat in February 1981. Two-hundred gun-toting Civil Guards held the parlamentarians and ministers hostage for 18 hours. Known popularly as 23-F, the abortive coup occurred just six years after the death of dictator Francisco Franco.

Senior officers in the corps said the dismissals and other disciplinary actions were on the direct orders of Santa Maria. A senior officer said the general took a close personal interest in any abuses of authority or citizens’ constitutional rights because “there are still members of the force who have not adjusted themselves to democracy”.

The officer added: “No one can say we aren’t making every effort to modernize the force, both in terms of adjustment to democracy and in terms of material.” 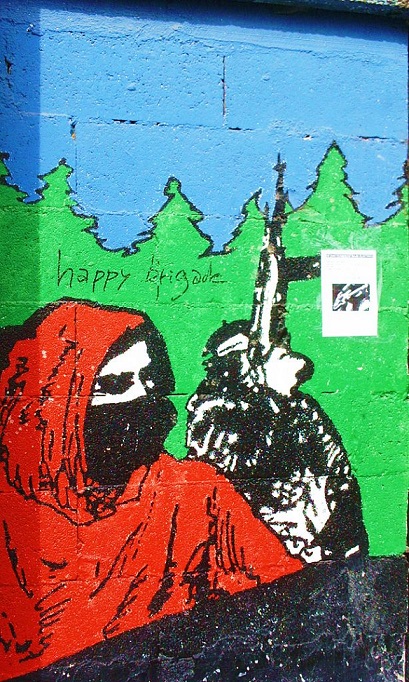 A pro-ETA mural in Durango, Biscay. ETA, whose ultimate goal was the independence of the Basque Country from Spain, was classified as a terrorist group by Spain, France, the UK, Canada, the USA, and the European Union.

He said that following the slaying of a youth by a Civil Guard who has served in the troubled Basque region, where some 500 people have been killed by ETA separatists since 1968, Santa Maria had also ordered psychiatric check-ups on men who had been stationed there.

The officer said Civil Guards who had served in the Basque Country suffered from a “Vietnam style” syndrome and time was needed for them to adjust to less dangerous postings. Santa Maria had put into effect a system which put Civil Guards returning from the Basque country on administrative duties during their period of adjustment.

Ed’s Note:
This news reflects the political evolution of the
Guardia Civil, from the end of the dictatorship in
Spain to 1985. The Guardia Civil, in today’s consolidated
democracy,  is not what it was 35 years ago. It is now
a trusted member of the Spanish security forces. 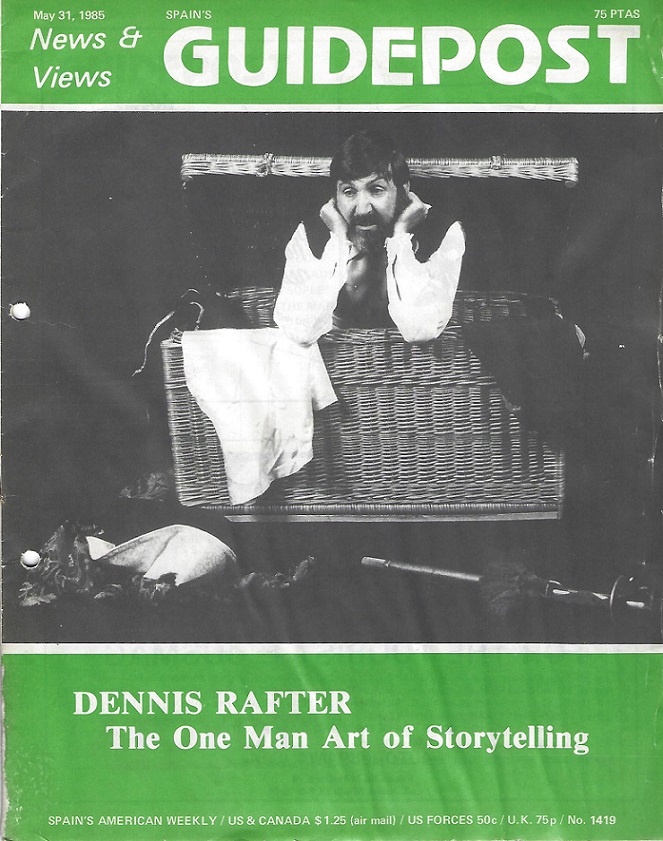 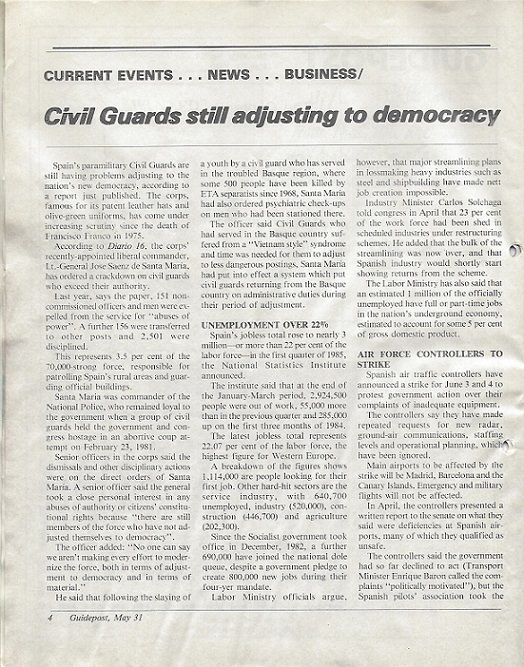 Previous article « THE SUMMER FESTIVAL IN MADRID IS NOT OVER YET! GIVE A LISTEN.