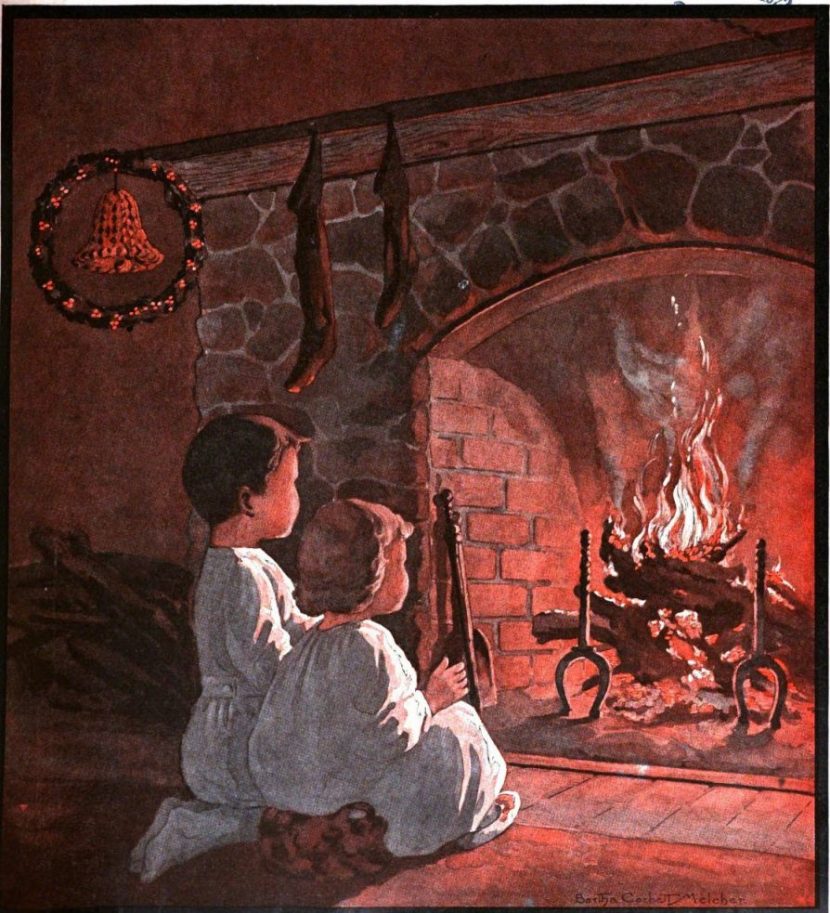 “Log fires crackling in the hearths of ancestral halls”

Ed’s Note:
A most wonderful way to spend Christmas in Spain! Guidepost said so 31 years ago. We’re saying it again now. It’s a timeless proposition!
Feliz Navidad everyone!

There’s another way of keeping up traditions – Christmas in a castle in Spain! Log fires
crackling in the hearts of ancestral halls; firelight gleaming on the shields
and armour. And to make a feast day worthy of the name, a
veritable  banquet laid before you with all the
most typical and toothsome
dishes of the region

Christmas abroad! There are two ways of doing it, I think. Either you try to recapture the Christmases of your childhood and, starting weeks beforehand, make puddings, mincemeat and The Cake. (And the fun you can have trying to find the right sort of currants and candied peel, not to mention cajoling clean, white suet from your butcher!) When, just before the big day, you all go out for holly, mistletoe and a fir tree – and how easy that is depends on where you are. 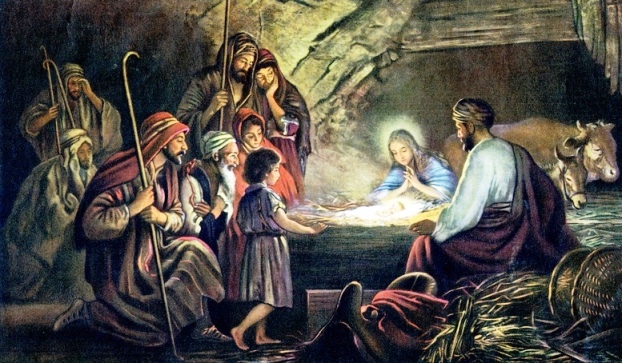 Or you can do it the other way and make it a Spanish Christmas with a ‘Belen’ for decoration, red cabbage, sea bream, roast lamb, mazapán and ‘turron’ for Christmas dinner, and instead of expecting shepherds or St. Nicholas to bring presents in December, you wait for the Three Kings to arrive on Twelfth Night.

My family and I have done it all ways over the years and as time goes by we find ourselves mixing traditions or making up ones of our own. But no matter what we do, Christmas is always a success, especially when there are children at home.

But, if one year, you suddenly find your family is on the other side of the world, there’s another way of keeping up traditions I’d recommend – Christmas in a castle. 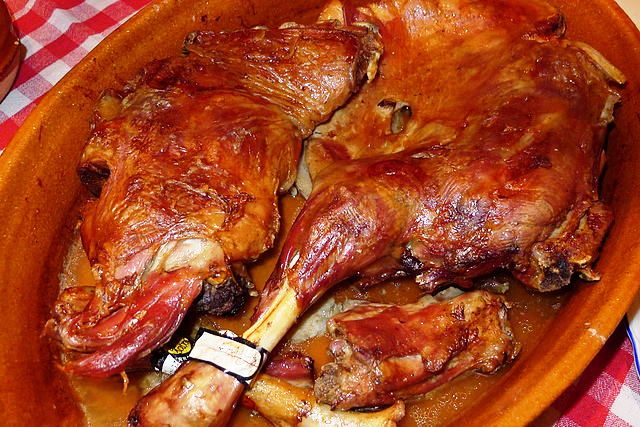 Castles in Spain! Massive stone walls; ramparts where you can walk and see your kingdom stretching to the far mountains. Log fires crackling in the hearths of ancestral halls; firelight gleaming on the shields and armour hung there. And to make a feast day worthy of the name, a veritable banquet laid before you with all the most typical and toothsome dishes of the region. All prepared by experts – in a spotlessly modern kitchen.

There are thirteen castles like this in Spain. They are, of course, paradores – a word which originally meant a place to stop, an inn, but has become over the past sixty years synonymous with luxury hotel.

Alfonso XIII laid the foundation stone of the first of the present day paradores at Los Gredos in 1926. The intention was to bring tourism to some of the spectacularly beautiful and less frequented parts of Spain. (And many of us who live in cities, or visit the coast, realize just how varied and unique the different regions of Spain are!) Soon another aim was incorporated, to try to save some of the historic buildings that were, all too often, neglected and falling into ruin.

The first castle to be made into parador was the one at Oropesa in the province of Toledo. Built around 1366 in the region of Pedro I of Castille, it is today a four star hotel with forty four rooms. That’s not many rooms for a castle- and it’s one of the things I like about paradores: their spaciousness. 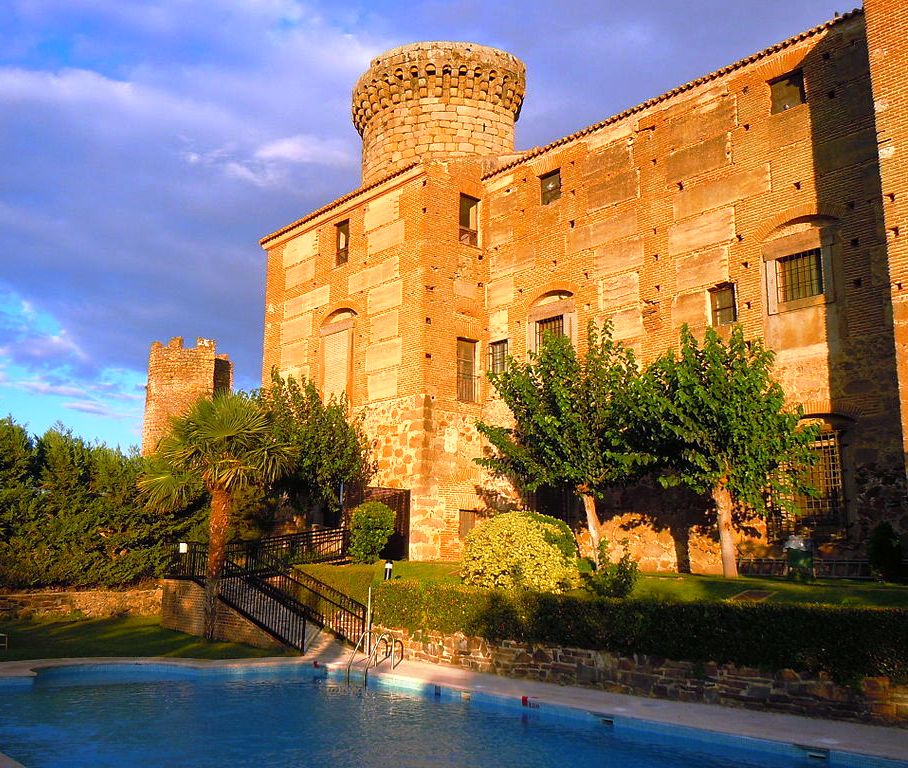 Oropesa, the first castle to be converted into parador

We first spent Christmas in a castle the year I’d had flu and couldn’t face the turkey! It was such a success that we’re always prepared now to find an excuse for at least one winter break in the quiet comfort and cheerful company of a Spanish parador. They’re fun, they’re beautiful – and the history that I’m learning!

Though we haven’t been to all of them yet, here is our short list of castles:

Alarcón in Cuenca
Alcañiz in Teruel
Benavente (Zamora) – Built by Fernando II of León in the 12th century
Cardona (Barcelona) Once a fortress belonging to don Ramón Foch, el Gran Almirante & Gran Condestable de Aragón
Ciudad Rodrigo (Salamanca) – Built by Enrique II, ‘El Bastardo’, between 1336 and 1371.
Fuenterrabía (Guipúzcoa) – Goes back to the 10th century when Sancho Abarca was King of Navarra and Navarra was a kingdom stretching way beyond the boundaries of the present province. 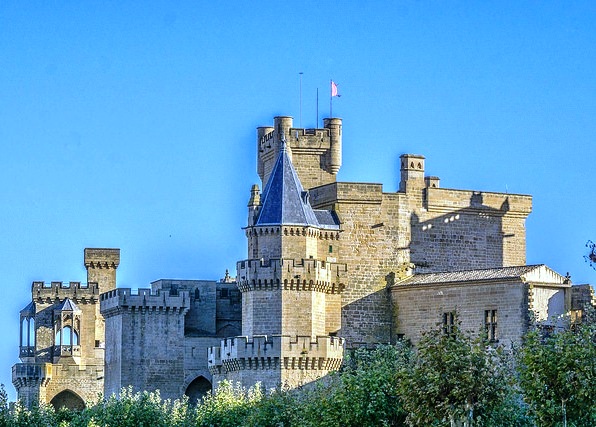 Jarandilla de la Vera (Cáceres) – This castle was built for the Condes de Oropesa and Marqueses de Jarandilla towards the end of the 14th century. 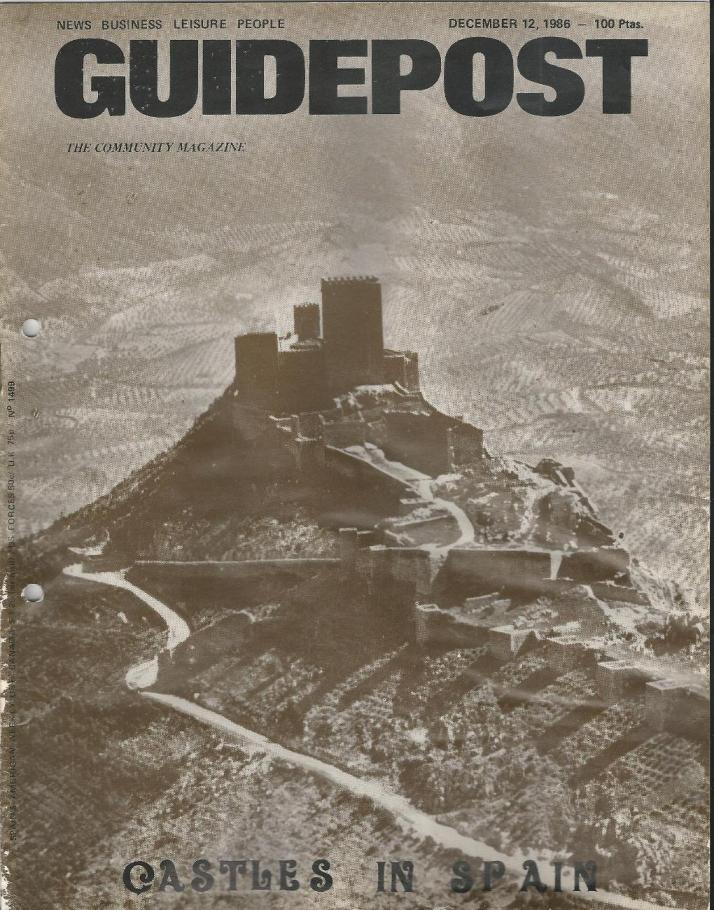 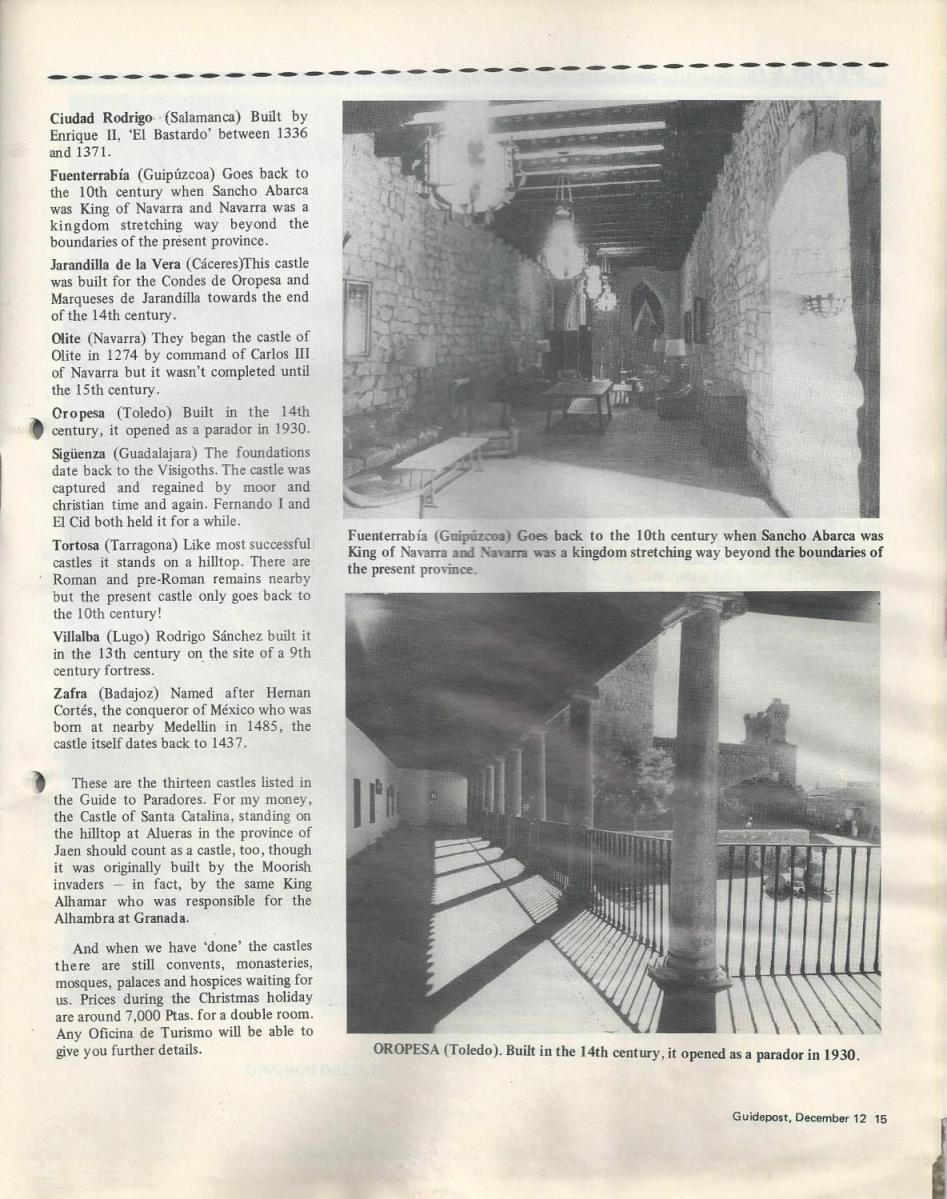 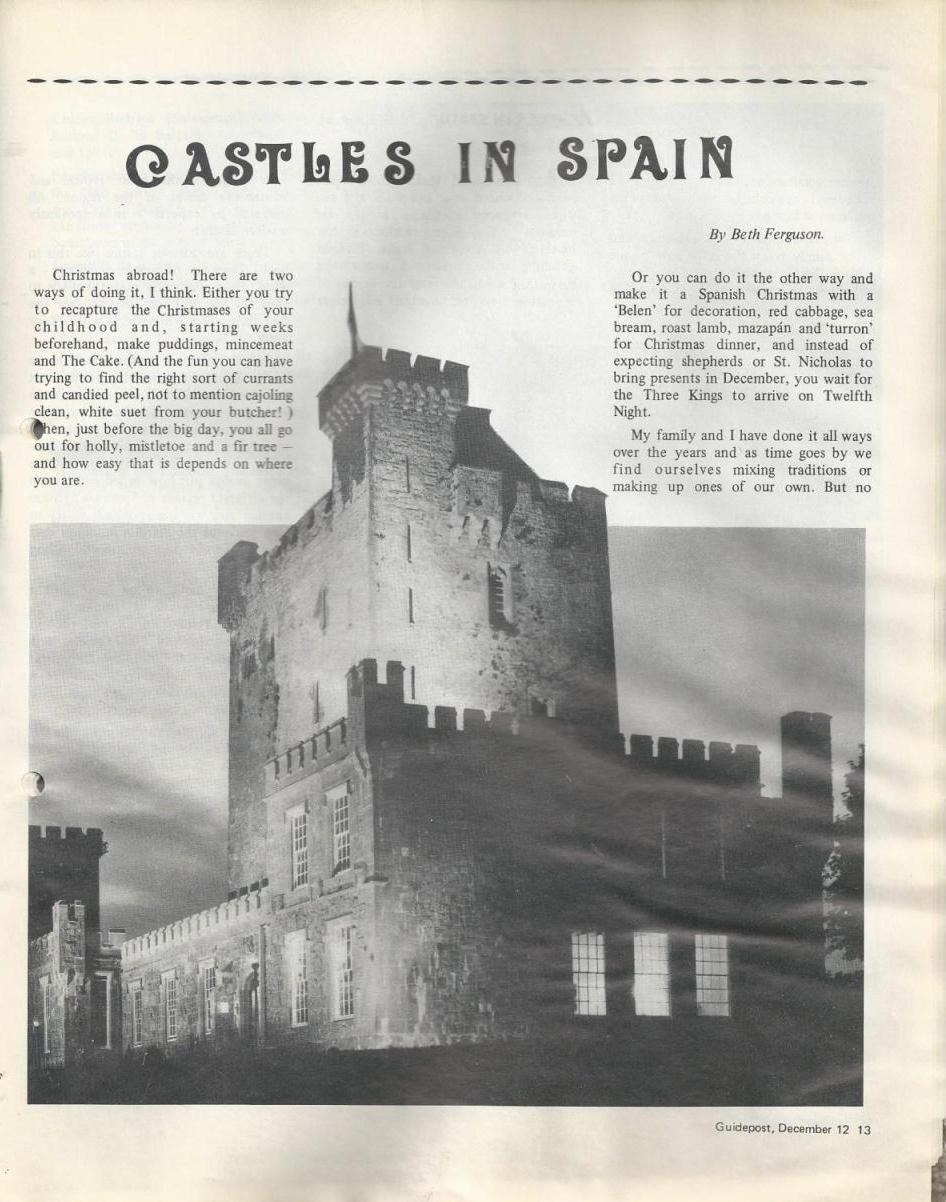 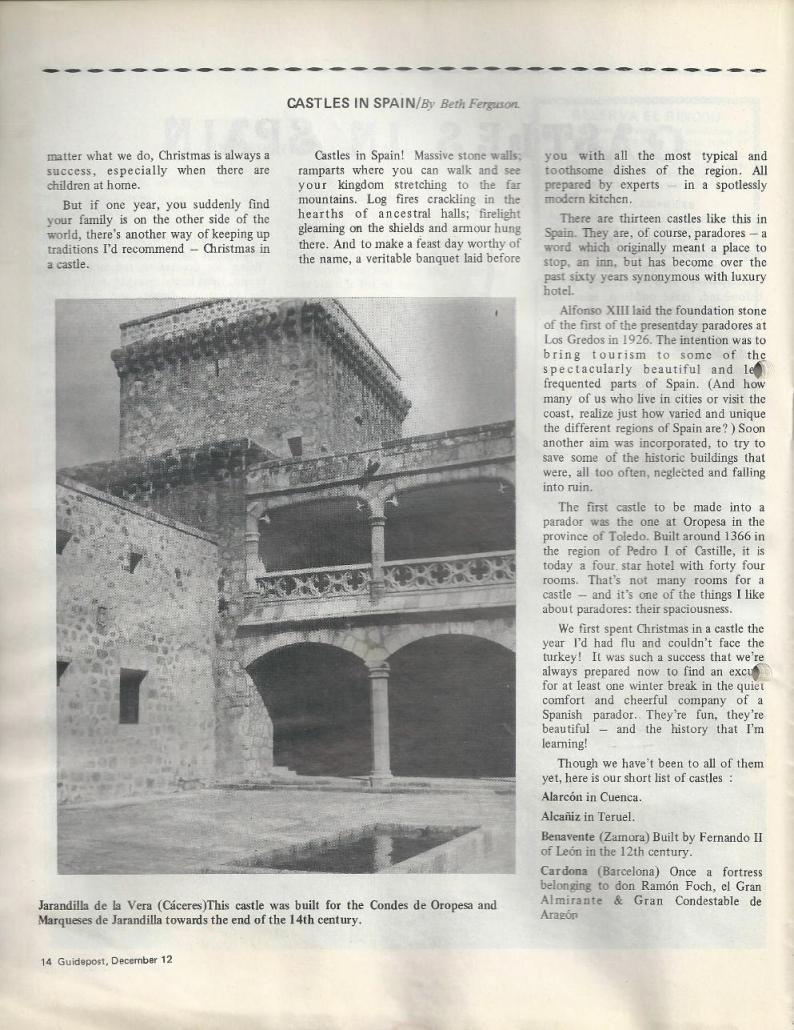 Next article THE AMERICAN CLUB OF MADRID’S ANNUAL XMAS COPA IS HERE! »