A GUIDEPOST REPRINT: IN SEARCH OF OUR LADY OF THE SPANISH WORLD 36 YEARS AGO 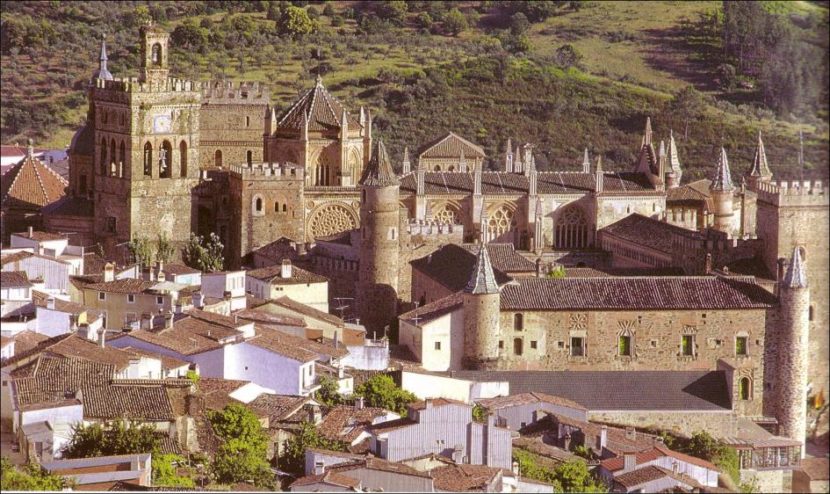 Ed’s Note
Yesterday, 12 October 2016, Spain celebrated its National Day (Fiesta Nacional), more popularly known as Dia de La Hispanidad (Day of the Spanish World) despite the fact that since 1987 the day has ceased officially to be known as such and became Fiesta Nacional. Additionally, in 2000 12 October has been designated as Day of the Armed Forces.

One of the most significant elements of the Dia de la Hispanidad, which persists to this day, is the homage to the Virgin Mary as Nuestra Señora del Pilar (Our Lady of El Pilar), patron saint of Zaragoza and the Guardia Civil (military police), and as  Our Lady of Guadalupe (Virgen de Guadalupe), venerated in Spain and all throughout the old Spanish empire, notably Latin America but also the Philippines.

For this reason, and for the continuing importance of the monastery dedicated to Our Lady of Guadalupe  as a pilgrimage, as well as tourist, historical and cultural, site, we are reprinting  “The Virgin of Guadalupe — Reina de la Hispanidad,” author unknown.

Apart from the cover of the GUIDEPOST issue on 31 October 1980 in which the article appeared, the rest of the photos here are those of the Monastery of Guadalupe, and one of the parador, culled from various sources of much later dates.

Spain celebrates the Dia de la Hispanidad on October 12 which is now considered the National Day. This year our family decided to spend that weekend in Guadalupe in order to show the boys the Virgen of Guadalupe Reina de la Hispanidad whose influence is so profound in Latin America as well. Taking advantage of ideal autumn weather we set off early on a Saturday morning.

The hidden village of Guadalupe is 225 km. southwest of Madrid in Extremadura, land of the conquistadors. This little town perched on a mountain is a holy shrine where the Virgin Mary of Guadalupe is especially venerated on October 12 drawing pilgrims from all over Spain and the Americas.

Cover of the 31 October 1980 issue of GUIDEPOST

The celebration on this day coincides with Columbus’ discovery of America. It is said that Columbus stopped by the Guadalupe monastery to pray for the success of his expedition before setting out in what resulted in the unexpected discovery of the New World. The 500th anniversary is approaching – 1992 – celebrating one of the history’s most monumental events. October 12 also marks the anniversary of the 1928 canonization of the Virgin of Guadalupe attended by the grandfather of King Juan Carlos – Alfonso XIII.

Guadalupe namesakes are scattered far and wide in the New World. An island in the Caribbean explored by Columbus on one of his four voyages to America was named Guadalupe. . . Many of the historic documents concerning the discovery were signed at the Guadalupe monastery in Extremadura. Indians brought back by Columbus were baptized there. Like most of the others, one of the great conquistadors – Hernán Cortés, an extremeño – took the devotion to the Virgen de Guadalupe to Mexico.  To the northwest of the land of the Aztecs the asturiano Pedro Menéndez de Avilés colonized Florida and dedicated his maritime expeditions to the Virgen.

Some of the national sanctuaries in the New World devoted to Guadalupe are Guapulo in Quito, Pacasmayo in Peru, Chuquisaca in Bolivia, Ayquina in Chile, even one in Goa on the Indian Subcontinent; of course not forgetting the famous Tepeyac in Mexico devoted to the Virgen de Guadalupe which scholars believe to be different from that of Spain. There are the two different legends [about this] which I related to my boys. . .

The veneration of the Virgen de Guadalupe is especially fervent in Mexico, certainly much more so than in present-day Spain. For those Mexicans in Madrid devoted to their Tepeyac Madonna there is an image of her in the San Martin Church just off the Gran Via near Callao. . .

Returning to our trip, we took the road to Talavera on the Extremadura highway out of Madrid taking a refreshment break at Oropesa in the delightful castle now a parador. We continued on the winding road to Guadalupe through the Guadalupe and Altamira mountain ranges which have magnificent countryside during the autumn season. The striking Guadalupe monastery appears far in the distance before one actually arrives at the village.

Twelfth-century ivory statue of Black Madonna at the Monastery

The monastery itself is like an immense Medieval monastic complex – a blend of temple, castle and fortress – [and is a] shrine of Spain’s Black Madonna where pilgrims over the centuries have worshipped. The monastery was a notable cultural center in the ancient times, with an outstanding school of medicine whose fame spread far and wide in Europe. . . There is much to see so take plenty of time. During the period of the Conquest in the New World, treasures flowed into this remote shrine in the mountains of Extremadura.

Mudejar fountain in the cloister

The monastery initially belonged to the friars of the San Jerónimo Order in the 14th century. Historians will remember that the island of Jamaica in the Caribbean was a vital springboard for the Spanish conquest of Mexico and Central America. During the first part of the 16th century, the said religious Order had civil as well as spiritual control over this island which explains in part the riches of the New World still seen today at Guadalupe. At one time, 120 pure gold lamps illuminated the shrine. The monastery later passed on to the Franciscan order, and two dozen of their monks meditate in that sanctuary today. They guide visitors through the church, Mudejar cloister and garden as well through the treasures and riches of the Madonna some of them donated by Royal families of Europe. It is also traditional for Spanish rulers to pay homage to the Virgen de Guadalupe.

The Monasterio’s museum of priceless paintings and sculptures

The eight Zurbarán canvases hanging in the sacristy are a must for art lovers, who will find them a highlight of the visit to Guadalupe. .  . One recalls that Zurbarán was an extremeño and painted for some years in the nearby village of LLerena. He also lived for a period with the San Jerónimo monks of Guadalupe, whose friars are so often depicted in the great works of Zurbarán. . . The lamp hanging there in the sacristy was donated by none other than Don Juan de Austria in veneration to the Virgen de Guadalupe for the Christian victory over the Turks at the 1471 Battle of Lepanto. . . Legend has it that it was taken from the Turkish flagship of Ali Pasha. . .

The Monastery seen from the plaza

The imposing grandeur of the monastery contrasts dramatically with the unassuming and quaint village. The ayuntamiento building is attractive and of course in the Plaza mayor one can sit at an outdoor café and admire the impressive Gothic façade of the monastery. . . The scene forms a stage each October 12 when the Franciscans present an annual concert. The narrow streets and houses with iron and wooden balconies full of colorful flowers give a striking and unique appearance to Guadalupe.

Today’s pilgrims like those of past centuries are lodged in a wing of the monastery that originally was the hospederia real or quarters for Royal Visitors. There is also the old 15th century hospital which is now the luxurious Parador Nacional Zurburán. . .

The parador’s cuisine is good, and there is the pungent aroma in the air typical Extemadura thyme and rosemary. The region’s cooking is similar to that of Andalusia although still retaining its own well defined characteristics. Typical specialties are migas, which are bread crumbs, bacon and sausage; caldereta, a type of tasty stew; and frite roast lamb. Gourmets might compare [the Montanchez ham] with the Jabugo . . . The tortas are the typical dessert. . . The wines are dry – the white Almendralejo the claret of Montehermoso and the reds of Salvatierra and of Barros.

Guadalupe is a good weekend trip. If time does not permit it can still be done in a day from Madrid. An excursion there on October 12 is especially worthwhile. 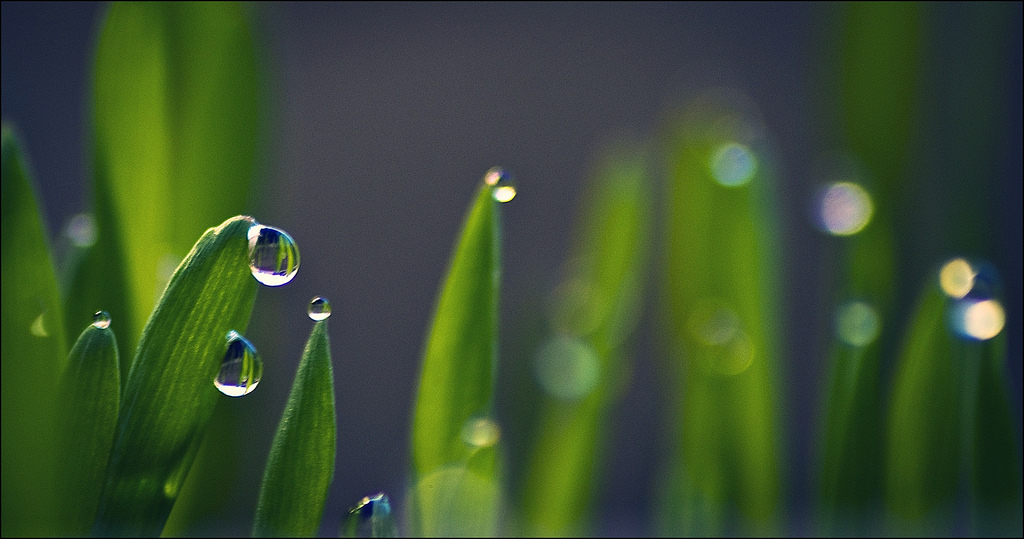 Next article THE RAINDROPS WERE ALL THAT MATTERED »