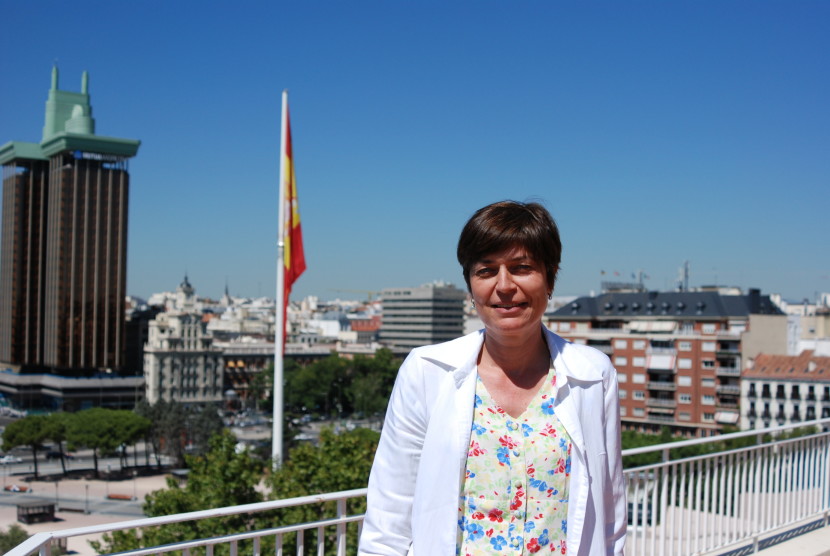 MEET A DANISH OF THE FIRST CALIBER,
Her Excellency Lone Dencker Wisborg

Embassy of Denmark in Madrid

An Interview by Julia Davies

Lone Dencker Wisborg looks just like one would imagine a Danish ambassador: tall, blond, and stately, donning a pressed black powersuit and square-framed glasses. Her down-to-earth manner belies her mile-long CV. Since 1992, she’s held a number Foreign Service positions, concentrating on security policy – in Denmark as well as Poland and Lithuania. We met in her spacious, sunlit office to chat about the embassy’s latest projects, going green, and her impressions of Spain.

[On a personal level of diplomacy] The Spanish effusive manera de ser is very charming. I’ve been in a car looking a bit lost, and people have come up and knocked on the window and said, ‘Can I help you?’

[The broader scene] We wold like to use the seven-year EU budget to modernize the Union, to think more green and build more environmental policies. That’s an issue where our two countries — Spain and Denmark — try to influence each other within the broader context of the EU.

How did you become interested in Foreign Service?
I’ve always been interested in foreign affairs. I travelled a lot as a kid, and I liked learning languages. But I have to admit that I didn’t study political science; I studied law. So when I started out, my knowledge of foreign affairs was probably relatively limited [laughs].

How does Foreign Service in Denmark differ from that of other nations?
Well, In Denmark we have a tradition of being non-political. Even when the president changes, all the foreign servants stay. It gives a lot of continuity. It’s not like in the U.S. where a new president brings in a whole new government, and after elections there comes a period of lame ducks.

What role does the embassy play in facilitating Spanish-Danish relations?
A great deal of our cooperation takes place in the multilateral framework of the European Union — going to our Spanish counterparts and discussing projects that affect Europe as a whole.

What are some examples of projects you’re collaborating on?
Actually today there is a meeting in Brussels to try to agree on the next seven-year budget for the EU. Spain is interested in keeping up assistance for agriculture assistance for their less-rich regions.

And what are Denmark’s priorities?
We would like to use the budget to modernize the EU, to think more green and build more environmental solutions, and to grow competitively. So that’s an issue where our two countries try to influence each other within the broader context of the EU.

From a more bilateral standpoint, what does the embassy do?
There’s a commercial track, where we do consulting work for Danish companies. There’s also cultural exchange.

Sounds like environmental awareness is an important part of the Danish embassy’s mission. You’re also part of a network of green embassies, right?
Yes. The network was started in 2009 by the foreign ministry. What you subscribe to is really that you aim at reducing your energy consumption.

What steps has your office taken to go green?
Small things. We changed our air conditioning system. It starts in the morning, and then at two o’clock, it stops automatically unless you switch it on. And we told people, every time you leave your office, switch off your light. If you’re gone for a long time, switch off your computer as well.

Have these changes yielded positive results?
Yes, it’s actually led to a reduction of 20% [energy usage]. And we’re not suffering at all. The first 20% is easy — just a few changes. After that, it becomes more difficult. But it’s also to spread the message. We try to use ourselves as an example when we talk about green solutions.

How does the level of environmental awareness in Spain compare to that in Denmark.
I think the level of awareness is lower here. You can see it in terms of streetlights. And when the building boom started in Spain, the awareness of energy consumption wasn’t that deep.
Is building awareness the key to going green?
Well, the policy of incentives is probably still lagging [in Spain]. In Denmark, we did campaigns to build awareness. But we also have a lot of green taxes on water electricity, heating. So with this pricing policy, we try to influence the way that people act.

You’ve lived in several of European capitals. What were your first impressions of Madrid? 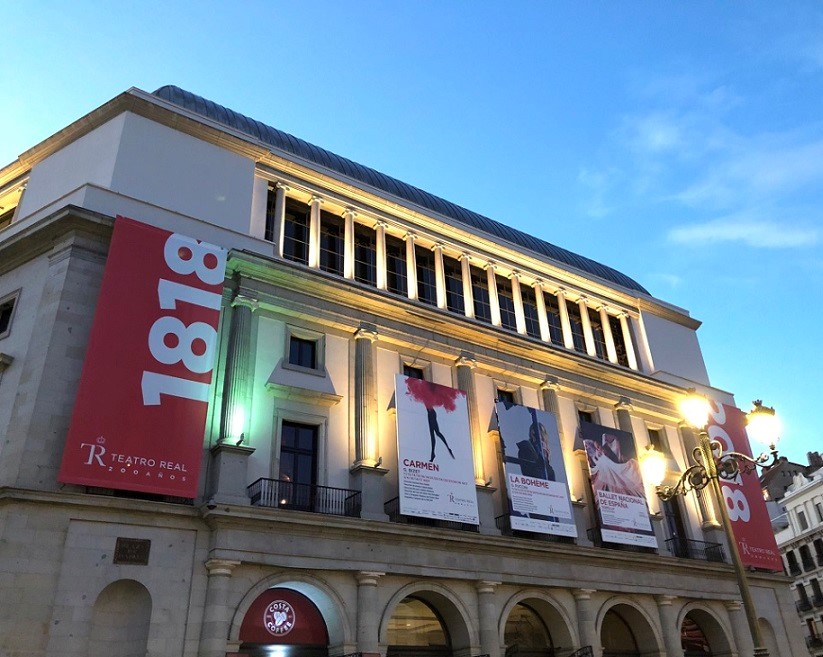 I liked it from the very beginning. It has a lot of interesting sights, but it’s also the atmosphere. I love just walking around and listen to the Spaniards talking. They do that a lot (laughs).

Culturally speaking, what are the biggest differences between Spain and Denmark?
Well, when you come from Denmark, there are periods of the year when you don’t see the sun that much! It affects people’s mentality. In Spain, we have this climate where people can go outdoors year round and be much more outgoing.

This super effusive manera de ser . . . does it ever get overwhelming for Scandinavians living in Spain?
Actually, I find it very charming. I find the Spaniards very helpful. I’ve been in a car looking a bit lost, and people have even come up and knocked on the windows and said “Can I help you?” And if you ask them for directions to somewhere, they will always tell you — even if they don’t actually know. That can sometimes be problematic [laughs].

As a diplomat, how do these cultural differences affect your work?
Spaniards are always planning a little bit closer to the deadline. For example, if we have a representative from Denmark coming to Madrid, we always start planning the visit much more in advance than they do on the Spanish end. But in the end, it gets done. 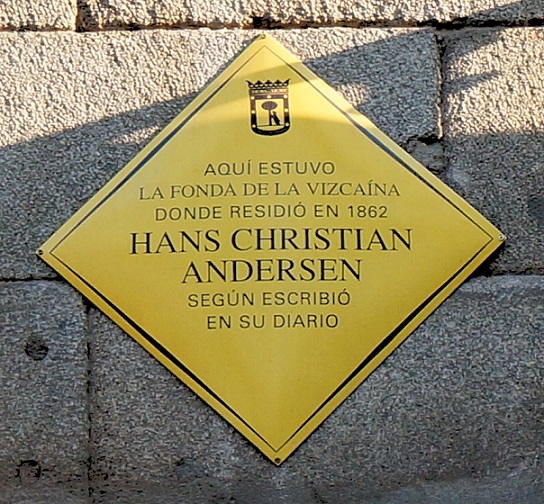 The Danish ambassador unveiled the plaque where Hans Christian Andersen lived in Madrid 150 years ago.

What cultural events has the embassy been involved with?
In December, we celebrated the Hans Christian Anderson’s visit to Madrid 150 years ago. We unveiled a placa in Puerta del Sol. Then we went to the Prado museum, where they offered us the same tour that he took. We could even see his comments – what he liked ,what he didn’t like.

And what are some upcoming events?
Right now we’re planning for the book fair in May. We’ve seen that there’s increasing interest in Spain in Nordic literature. Five to ten books are being translated every year. There’s also a great interest in Danish films, and we provide Spanish subtitles.

Anything else in the works?
We’re promoting sustainable fashion, working with the other northern embassies to put together a show of clothes made from sustainable materials. There’s also a project that we’re trying to present to buyers in Madrid. We want to invite a Danish company to organize shops where you can hand in your clothes and get something else. That way you don’t just throw it away. 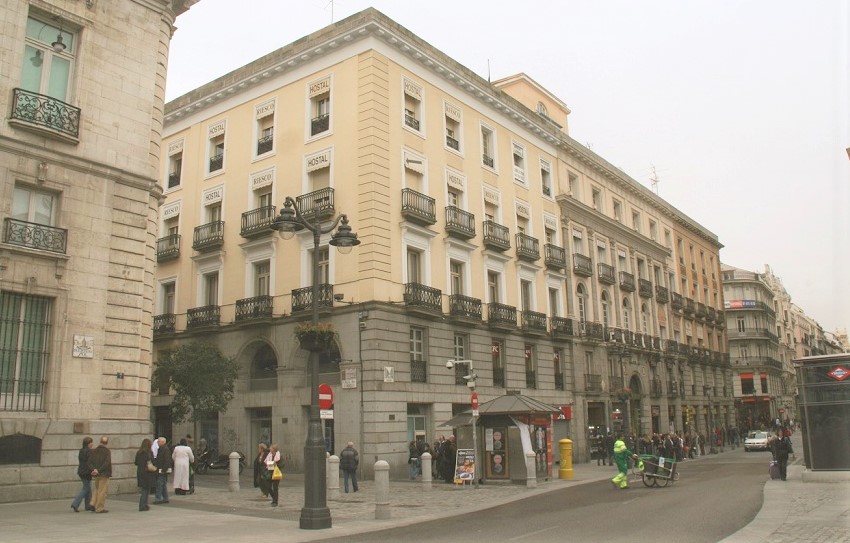 On the street where he lived: The master of fairy tales (Thumbelina, The Princess and the Pea, The Little Mermaid. . .) lived in the Fonda La Vizcaina, Casa Cordero, Calle Mayor, 1. (Photo: Tamorlan, CC BY3.0 via Wikipedia)

I’d like to change topic a bit. Since Guidepost readers are mainly native English-speakers living in Spain, language is often an issue of interest. What languages do you speak, and how did you learn?
Well, apart from Danish, I speak English, German, and now Spanish, and — I hesitate to say it –French. I did speak French before I learned Spanish, but now the Spanish I’ve learned has taken over. I understand French, but when I open my mouth, what comes out is Spanish!

How did you learn so many languages? Did you go to a special bilingual school?
No, just an ordinary public school. Because Denmark is such a small country, we focus on learning languages. In public schools, you usually have a first foreign language and a second foreign language. So my first language was English, and my second was German.

You certainly picked two useful languages to start with! Then when did you learn Spanish?
When I found out that I was going to be ambassador in Spain! I had private lessons in Denmark a few months before coming, and then I followed up after I got here. But it’s a process you never finish.

Given that the majority of Spaniards speak only Spanish, was it difficult at first to function in the professional world?
Yes. I was surprised to find that all meetings in Spain are in Spanish. Even when I meet with my Slavic colleagues, we will speak in Spanish. But that’s good because there’s really only one way forward. 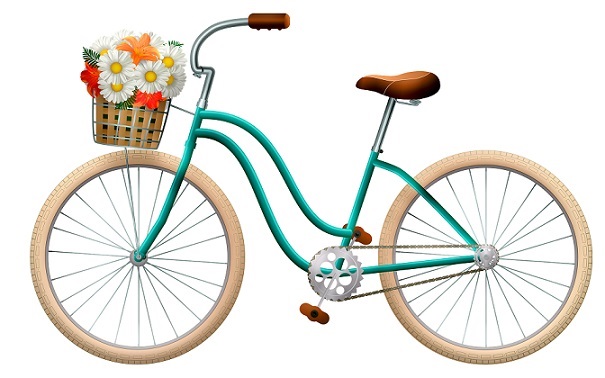 Sounds like you’re really enjoying your time here. But is there anything you miss about home?
One is the sea. And the bicycles. In Denmark, we use bicycles as transport. It’s so much easier! You can drop it everywhere. Oh, there’s another thing – in Denmark you actually can drop your bicycle in the street. And it usually doesn’t get stolen [laughs]. 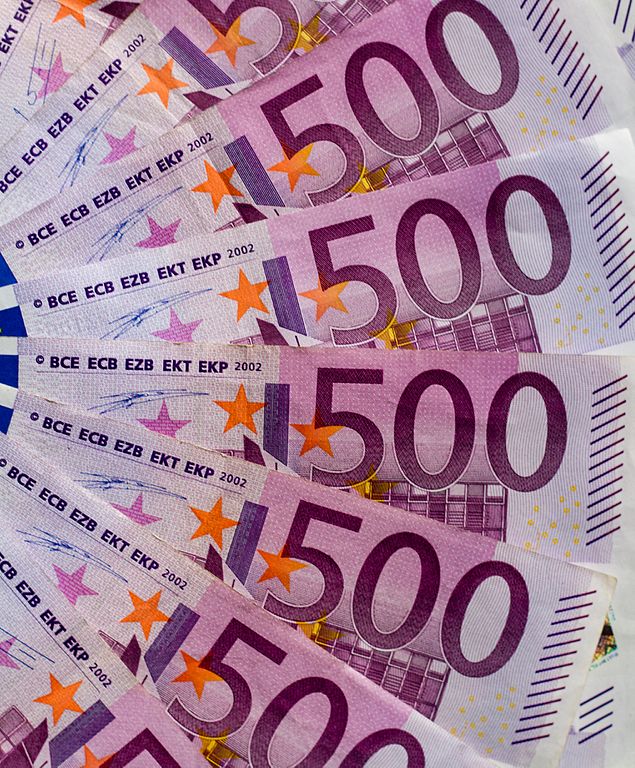